Just three Conservative MPs voted against the offshoring plan, while Edward Leigh urged the government to "hold the line". 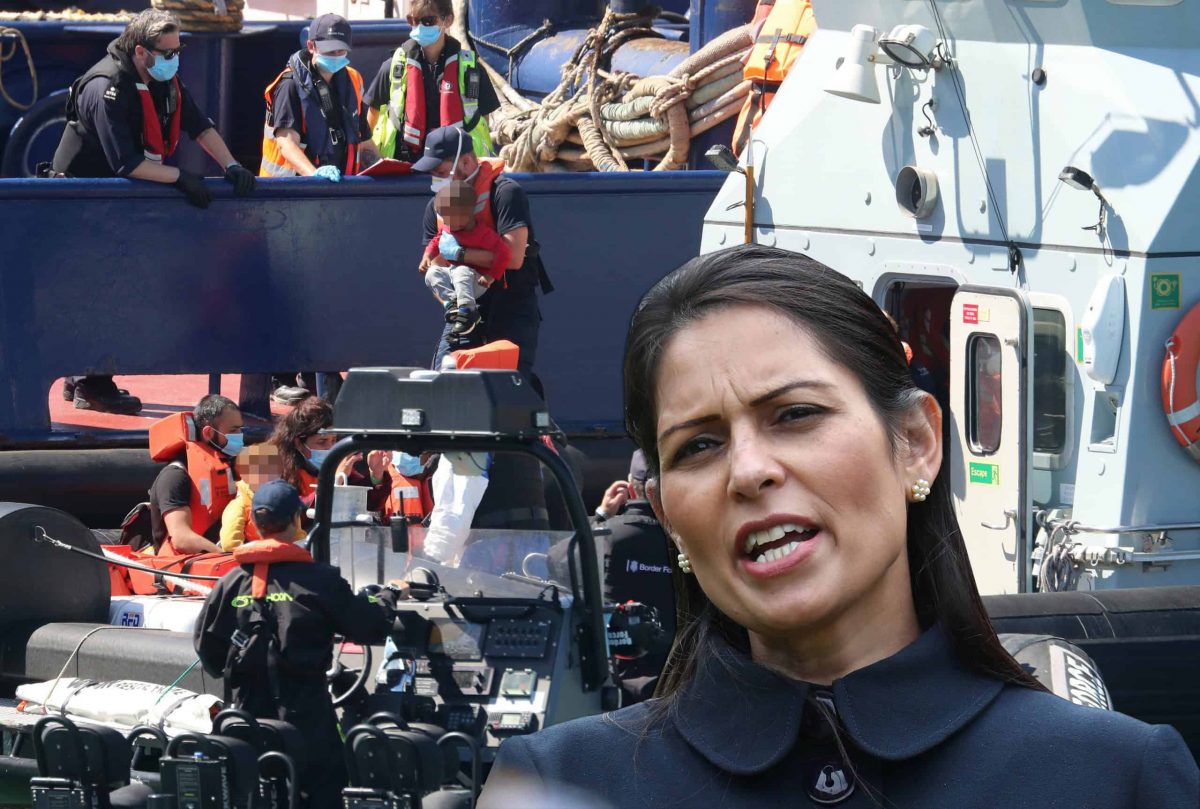 MPs have voted through Priti Patel’s plans to send asylum seekers abroad for processing – despite warnings that it could cost more than putting them up in the Ritz Hotel.

House of Lords amendments to the Nationality and Borders Bill returned to the Commons this evening as the bill neared its final stages.

Amendment 9, which called for a re-think on plans to “offshore” refugees passed with a majority of 70 after a small group of Conservative rebels joined Opposition parties in trying to defeat the controversial move.

Ascension Island was seen as the most likely location to send asylum seekers to make applications, but the Home Office ruled out the idea earlier in the day after a feasibility study, meaning possible sites for processing are still unknown.

In the Commons, Labour called the idea “unhinged” and “economically illiterate because it costs an eye-watering amount of taxpayers’ money”.

Andrew Mitchell, a former Tory Cabinet minister, has warned it would involve building a “British Guantanamo Bay” and cost £2 million per asylum seeker – more than putting them up in The Ritz hotel.

But Tom Pursglove, a Home Office minister, said: “Just to be very clear for the benefit of the House, the suggestion around the Ascension Island is untrue.”

Mr Mitchell seized on the admission, telling The Independent: “The government has quite rightly now ruled out Ascension Island for offshoring.

“Offshoring is absurdly expensive and frankly the taxpayer would be less out of pocket if we accommodated all adults in the Ritz on three meals a day and sent those under 18 to school at Eton.”

Bella Sankey, director of Detention Action, said: “With this vote, Boris Johnson and Priti Patel have taken a wrecking ball to the home that we once offered to refugees.”

Edward Leigh, a veteran Tory MP, urged the government to “hold the line” against the criticism, because of the “overwhelming number of people who want to come here”.

“If we don’t, it would have a catastrophic effect on race relations, because people would be angry about it,” he told the Commons.

“They would think ‘why did I vote Brexit when I can’t even control my own borders? What is the government doing?’.”

Here’s the full list of MPs who voted in favour of Patel’s offshoring plans: