Paul Keating said the reality was that Britain “does not add up to a row of beans when it comes to east Asia”. 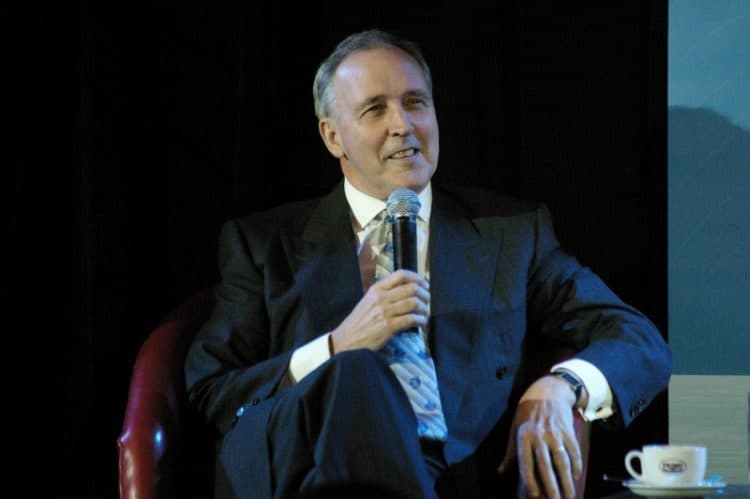 Foreign secretary Truss is alleged to have claimed that China could use Russia’s aggression in Ukraine to launch its own attacks in the Indo-Pacific region.

She has also described China’s “economic coercion” of Australia as a “wake-up call” to other countries.

“Not simply irrational, demented,” he wrote.

“Does not add up to a row of beans”

Keating also said the reality was that Britain “does not add up to a row of beans when it comes to east Asia”.

“Britain took its main battle fleet out of east Asia in 1904 and finally packed it in with its ‘East of Suez’ policy in the 1970s. And it has never been back.

Keating said the British and Australian governments were “kidding the rest of us that their ‘cooperation’ added up to some viable policy”.

“Truss would do us all a favour by hightailing it back to her collapsing, disreputable government, leaving Australia to find its own way in Asia.”

Truss visited Australia for meetings with counterparts last week, addressing the Lowy Institute in Sydney where she warned Russia that any invasion of Ukraine would only lead to “a terrible quagmire and loss of life” on the scale of the Soviet-Afghan war.

The foreign secretary said after a meeting with the Australian foreign and defence ministers that Australia was “an absolutely crucial ally and friend” at a time of “increased economic coercion from China”.

In Sydney she backed Boris Johnson, saying he was doing “a fantastic job” as prime minister, that he has her “100 per cent support”, and should remain in No 10 “as long as possible”.