“Unfortunately, Carrots refused to concede and demanded a recount, and we’re still fighting with Carrots. But I will tell you, we’ve come to a conclusion, Carrots. I’m sorry to tell you, the result did not change." 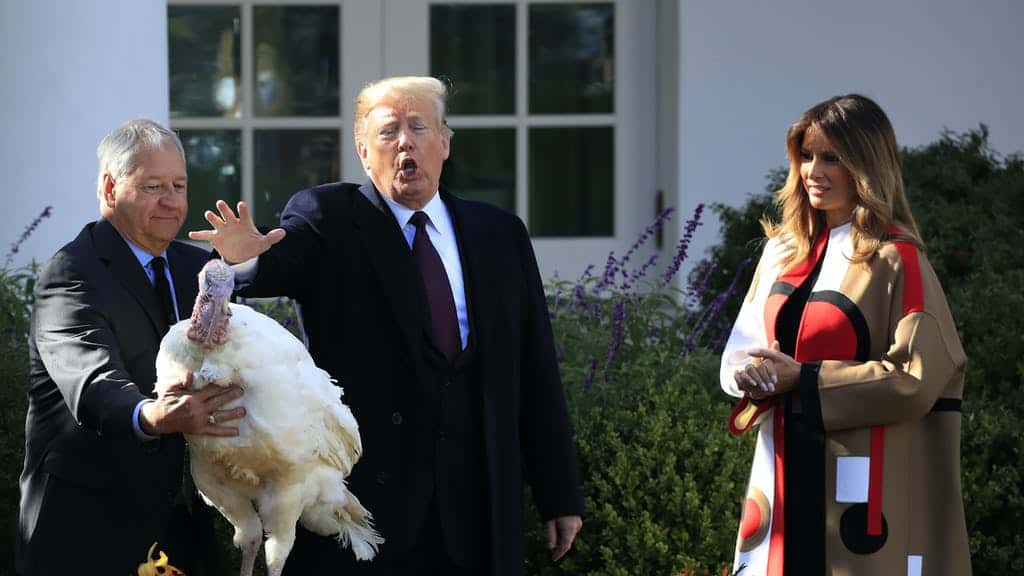 A video of Donald Trump mocking a turkey called ‘Carrots’ for not conceding an election has been making the rounds on social media following his own similar antics this month.

The US president used the power of his office to keep a pair of turkeys off the holiday table in 2018 in an annual Thanksgiving tradition.

Mr Trump’s poultry pardon means the two turkeys — a 39-pound bird named Peas and a 41-pounder named Carrots — will get to live the rest of their lives at a Virginia farm.

The White House held an online contest to determine which bird should be pardoned and Mr Trump identified the “lucky bird” as Peas.

He then jokingly compared the vote to the recent US midterm elections which saw the Democrats take control of the House of Representatives, and a series of recounts in Florida.

“This was a fair election,” joked the president, whose wife Melania was on hand to witness the act of mercy carried out during a ceremony in the White House Rose Garden.

“Unfortunately, Carrots refused to concede and demanded a recount, and we’re still fighting with Carrots. But I will tell you, we’ve come to a conclusion, Carrots. I’m sorry to tell you, the result did not change. That’s too bad for Carrots.”

FLASHBACK: In 2018, President Trump attacked Carrots the turkey for refusing to concede he had lost the vote on the White House turkey pardon contest.

"This was a fair election… unfortunately, Carrots refused to concede and demanded a recount."