Around 20 people were said to have attended the boozy leaving party, which is said to have ended in a drunken brawl. 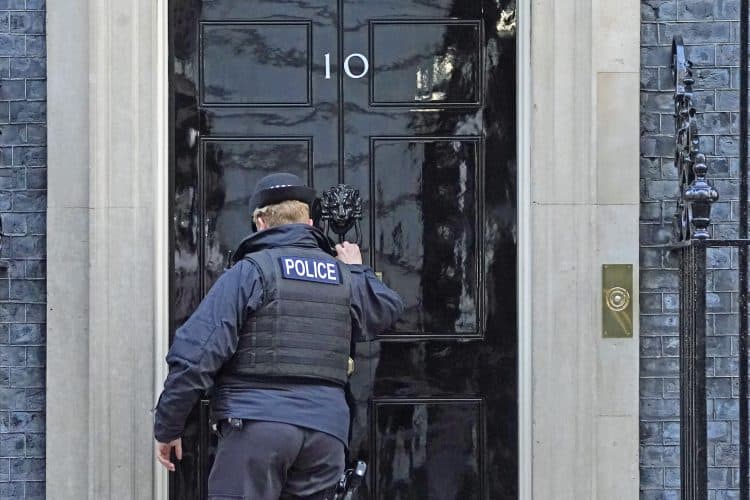 The former Whitehall ethics chief is said to have been handed a Partygate fine for attending a lockdown-busting karaoke bash in the Cabinet Office.

Helen MacNamara, who used to be deputy cabinet secretary, was reportedly among the first group of people given a fixed-penalty notice by police as part of the investigation into rule-breaking parties in Westminster.

According to the Daily Telegraph, she was among the 20 people handed a £50 fine on Friday over an illicit gathering on 18 June 2020.

Around 20 people were said to have attended the boozy leaving party for Downing Street official Hannah Young, which is said to have ended in a drunken brawl.

McNamara was the director general of propriety and ethics in the Cabinet Office from 2018 to 2020, leading the investigation into bullying accusations against Priti Patel, the home secretary.

It comes as the BBC revealed that the police issued fines to some people who attended a Downing Street event on the eve of Prince Philip’s funeral.

The party on 16 April 2021 was a leaving party for James Slack, the former Downing Street communications director – who has since gone to work at The Sun.

Boris Johnson is not believed to have attended the gathering, and has so far not been fined.

According to the BBC, the police believe there are reasonable grounds that an offence was committed in breach of Covid regulations at the time.

Getting away with it?

But the prime minister himself will reportedly not be interviewed by the Metropolitan Police as part of their investigation into alleged lockdown-breaching parties in Downing Street and Whitehall.

This is because the force is not interviewing those who have received questionnaires as part of the inquiries, and could potentially be fined, according to ITV News.

The Met is investigating 12 events, including as many as six Johnson is said to have attended, and has sent out more than 100 questionnaires. Johnson received his in February.

ITV’s Robert Peston said the only officials being interviewed are “witnesses”, whose role is to help the police interpret questionnaires submitted by other people.

“The Met are not interviewing those who received questionnaires and are in the frame to be fined,” he said. The Met declined to comment.