The annual competition challenges entrants to come up with the best topical cracker jokes. 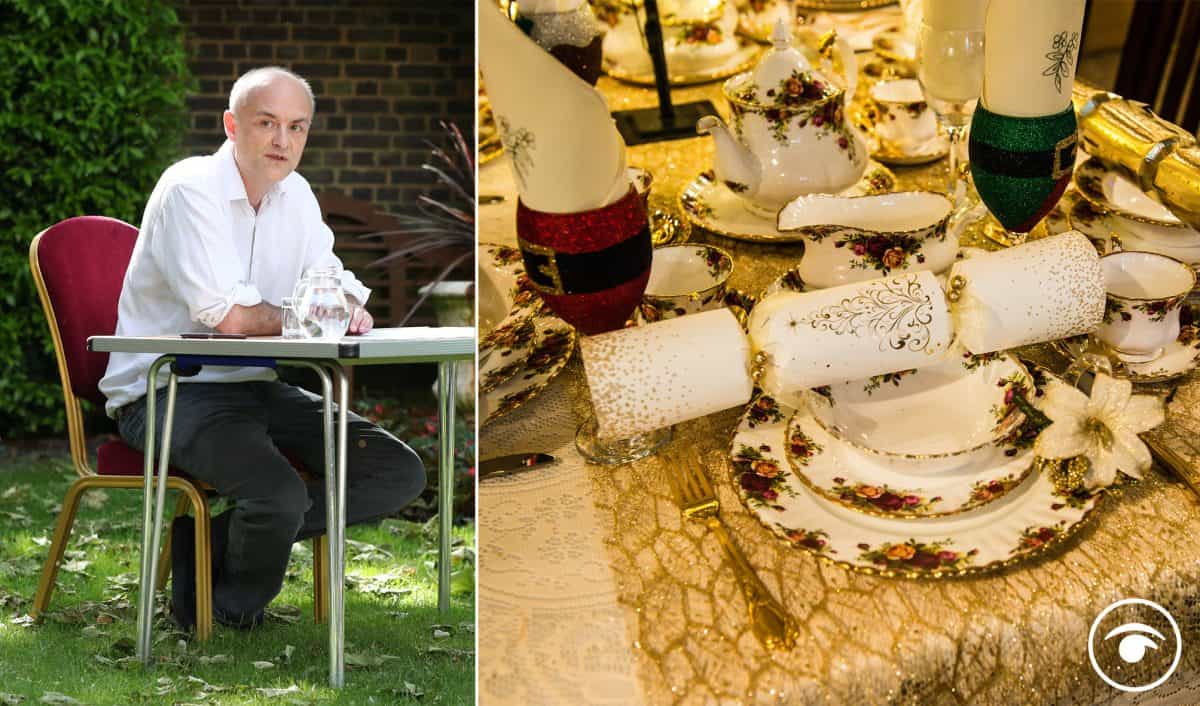 A festive dig at Dominic Cummings has been voted the winner of a national competition to come up with new Christmas cracker jokes.

Now in its eighth year, the contest challenged entrants to come up with the best topical and modern Christmas cracker jokes, which were then voted on by the public.

The winner was: “What is Dominic Cummings’ favourite Christmas song? – Driving Home for Christmas.”

Author of the joke, Craig from Manchester, won £1,500 towards a holiday and a box of bespoke crackers, one of which will contain his champion laugh.

Entries for the competition were shortlisted by a panel of judges, led by comedy critic Bruce Dessau, and put to an anonymous public vote of 2,000 adults.

Mr Dessau said: “Amongst one of the strangest and most turbulent years yet, we can always rely on British humour to pull us through.

“With subjects ranging from Zoom and self-isolation to Boris Johnson and Dominic Cummings, there are jokes here to tickle everyone after a challenging year.”

Gerald Casey, Gold channel director, added:  “The festive period is a time for reflection, and although the nation has certainly had a difficult year, it’s heartening to see that British wit remains as sharp as ever.”

2. Did you hear that production was down at Santa’s workshop? Many of his workers have had to elf isolate.

3. Why didn’t Mary and Joseph make it to Bethlehem? All Virgin flights were cancelled.

4. Why are Santa’s reindeer allowed to travel on Christmas Eve? They have herd immunity.

5. Why did the pirates have to go into lockdown? Because the “Arrrr!” rate had risen.

7. Why couldn’t Mary and Joseph join their work conference call? Because there was no Zoom at the inn.

8. Why can’t Boris Johnson make his Christmas cake until the last minute? He doesn’t know how many tiers it should have.

9. What do the Trumps do for Christmas dinner? They put on a super spread.

10. Which Christmas film was 30 years ahead of its time?  Home Alone.

11. How do you play Dominic Cummings Monopoly? Ignore the rules, move anywhere on the board you like, and never Go To Jail.

12. Why won’t Santa lose any presents this year? He’s downloaded Sack and Trace.

13. How is the pandemic like my stomach after Christmas? It’ll take ages to flatten the curve.

14. How is Prince Andrew coping with the stresses of Christmas this year? Fine. No sweat.

15. Why wasn’t Rudolph allowed to take part in vaccine trials? Because they only wanted guinea pigs.

17. How can you get out of talking to your boss at this year’s staff Christmas party? Put him on mute.

18. How does Santa keep track of all the fireplaces he’s visited? He keeps a logbook.

19. Who dresses in red and gives to the children this Christmas? Marcus Rashford.

20. Why did Mary and Joseph have to travel to Bethlehem? Because they couldn’t book a home delivery.