The European Commission president criticised AstraZeneca for having “underproduced and underdelivered” to the bloc. 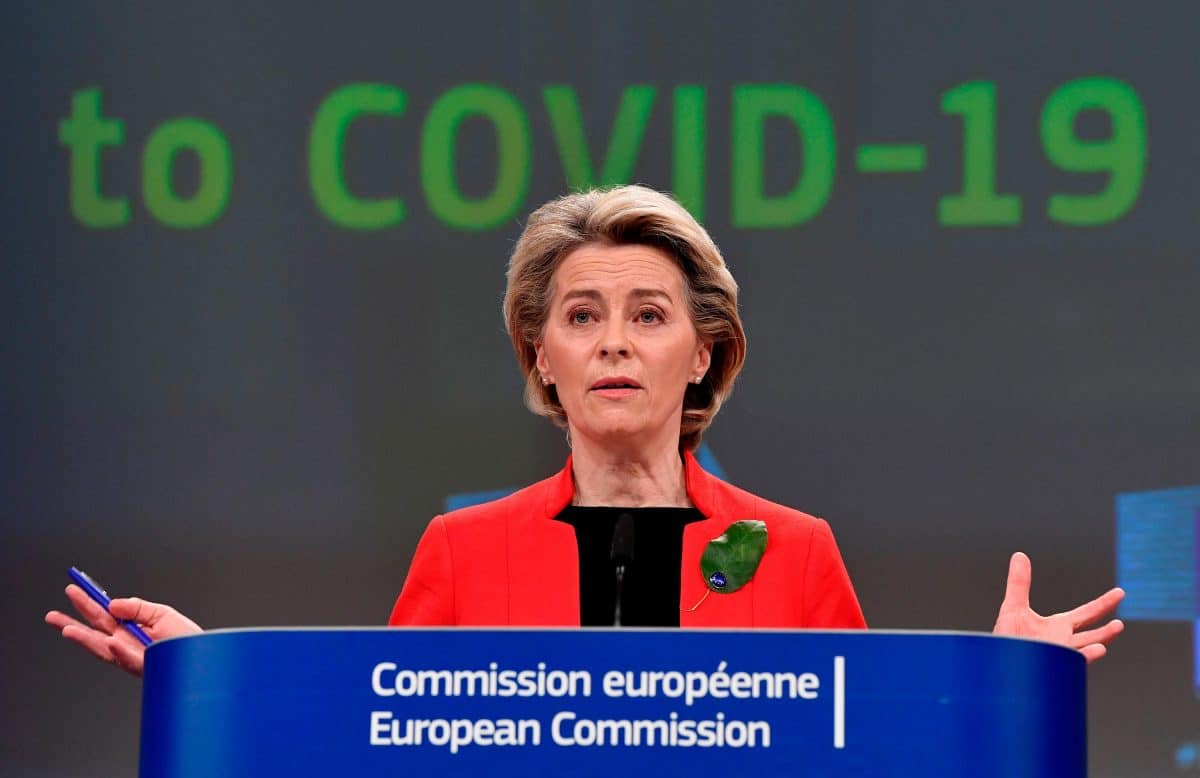 European Union chief Ursula von der Leyen has threatened to block the export of coronavirus vaccines to the UK amid an ongoing row over the supply of the Oxford/AstraZeneca jab.

The European Commission president criticised the British-Swedish firm on Wednesday for having “underproduced and underdelivered” to the bloc.

She said the EU will consider halting vaccine exports to countries with higher coverage rates than its own, as it struggles to achieve the pace of rollout managed in the UK.

Downing Street urged the EU to “stand by its commitment” not to restrict exports, with the Pfizer jab being produced in BioNTech’s German manufacturing sites as well as in Pfizer’s own site in Belgium.

Under pressure and with parts of the EU on the “crest of a third wave” of infections, von der Leyen warned she is “ready to use whatever tool we need” to ensure the reliable delivery of vaccines.

She told reporters in Brussels: “We are exporting a lot to countries that are themselves producing vaccines and we think this is an invitation to be open, so that we also see exports from those countries coming back to the European Union.

“The second point that is of importance to us: we will reflect on whether exports to countries who have higher vaccination rates than us are still proportionate.

“We want reliable deliveries of vaccines, we want increase in the contracts, we want to see reciprocity and proportionality in exports and we are ready to use whatever tool we need to deliver on that. This is about making sure that Europe gets its fair share.”

European Commission President Ursula von der Leyen has threatened to block vaccine exports to the UK and other countries with markedly higher rollouts of coronavirus jabs.

She defended the EU against a charge of “vaccine nationalism”, arguing the bloc has granted 314 requests for vaccine exports and has only refused one since export authorisation was introduced on 1 February.

The Commission chief said “41 million doses have been exported to 33 countries”, as she warned “open roads run in both directions”. The EU rate of vaccine doses administered per 100 people stands at 11.81, according to a tracker on the Our World In Data website. This compares to the UK’s rate of 39.04 and the US’s 33.11.

Von der Leyen made clear the UK is not a nation where she deems there is “reciprocity” in terms of vaccine supply, describing it as “country number one” in terms of exports from the EU.

“Where the UK is concerned, we have observed that in the last six weeks ten million doses by now have been exported to the UK,” she said.

“Indeed the UK is producing AstraZeneca. In our contract with AstraZeneca there are even two sites in the UK that are put in the contract for potential deliveries for the European Union.

“We are still waiting for doses to come from the UK, so this is an invitation to show us that there are also doses from the UK coming to the European Union so that we have reciprocity.”

Downing Street pointed to an apparent commitment received from von der Leyen as the EU backtracked on its widely-condemned move to impose vaccine controls by overriding part of the Brexit agreement on Northern Ireland.

After emergency calls between Mr Johnson and the commission president in January, ministers said they were reassured the EU had no desire to block supplies.

On Wednesday, the prime minister’s official spokesman said: “She confirmed then that the focus of their mechanism was on transparency and not intended to restrict exports by companies where they are fulfilling their contractual responsibilities.

“It remains the case we would expect the EU to continue to stand by its commitment.”

Amid the ongoing row, multiple EU nations including France, Italy and Germany have suspended the rollout of the AstraZeneca jab in light of a small number of reports of bleeding, blood clots and low blood platelet counts.

The EU’s regulator, the European Medicines Agency, is conducting a full scientific review but has said it “remains convinced” the “benefits of this vaccine outweigh the risk”.

The message was echoed by the World Health Organisation as UK leaders sought to reassure the public that the jab is safe. Prime Minister Boris Johnson said he will himself receive the AstraZeneca jab “very shortly” in an attempt to allay concerns.