The former chancellor met with locals in a pub before his TV debate with Liz Truss. 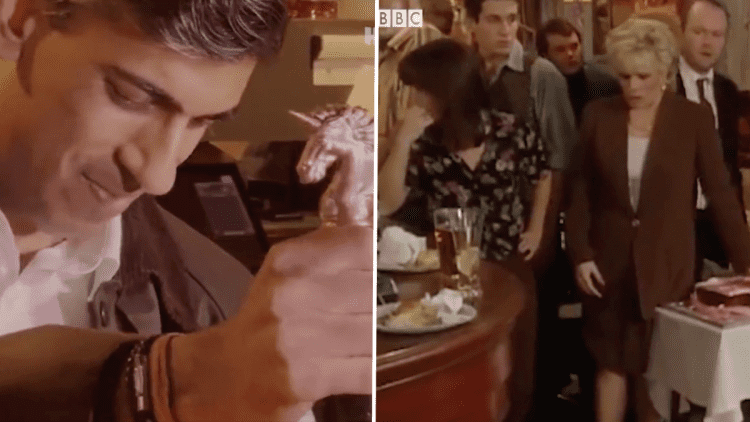 Rishi Sunak pulled pints and posed for selfies in a pub ahead of his TV debate with Liz Truss in the North West.

The former chancellor met locals in the Swettenham Arms in Congleton as he looked to whip up support for his campaign to be prime minister.

The tee-totaller went behind the bar for a photo opportunity, pulling a pint of Robinsons Brewery’s flagship Unicorn beer.

One local was heard saying, “You’ve got the job!” to which Sunak replied: “Not yet!”

But his pint pouring skills didn’t impress everyone, with several people pointing to the ‘unicorn’ pledges of Brexit which have failed to materialise.

Setting the pint-pulling photo opp within a scene of EastEnders, you see a shocked crowd look on as the prime ministerial contender tries to perfect his skills.

Watch the video in full, and if you can, give generously to Highton’s suit fund.