Arlene Foster and Nigel Dodds have highlighted three major obstacles, dealing a blow to Boris as the EU summit kicks off. 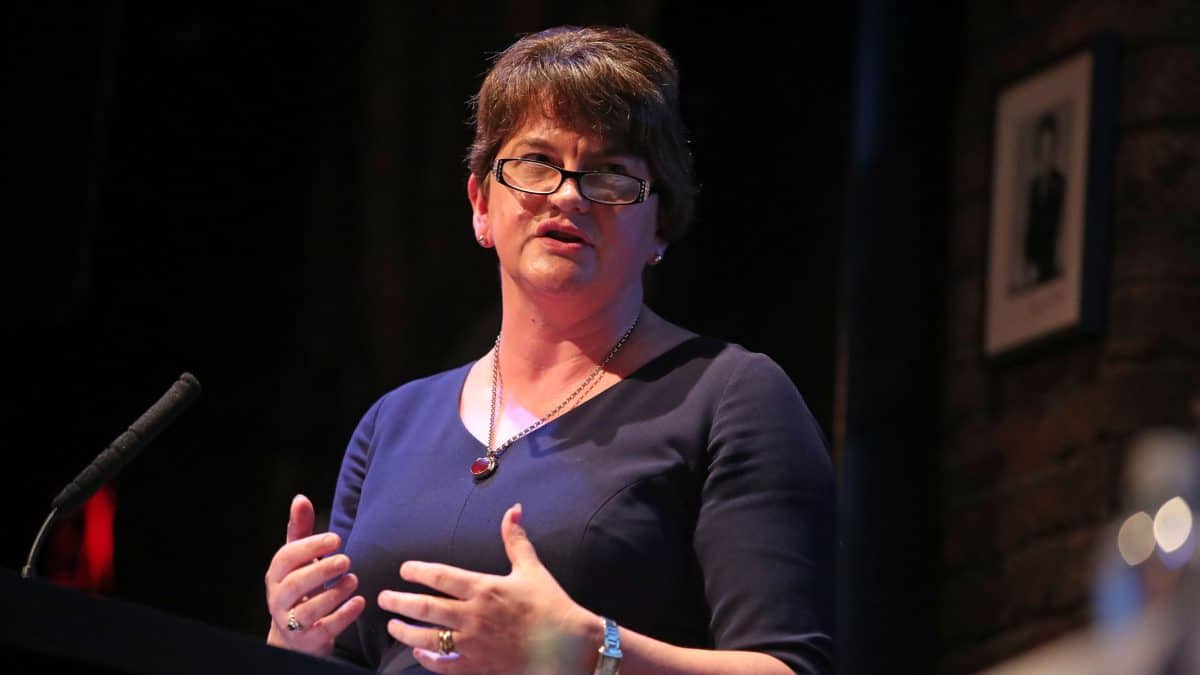 He was hoping to bring back a deal from the Brussels meeting of European leaders while winning the backing of the DUP, which also wields influence over some Tory Brexiteers.

But Ms Foster and her deputy, Nigel Dodds, released a joint statement hours before the summit was due to begin on Thursday, highlighting three major obstacles.

“As things stand, we could not support what is being suggested on customs and consent issues, and there is a lack of clarity on VAT,” they said.

“We will continue to work with the Government to try and get a sensible deal that works for Northern Ireland and protects the economic and constitutional integrity of the United Kingdom.”

Mr Johnson has been in close and continued contact with the pair as he tries to shore up their support ahead of Saturday’s key deadline to prevent a delay to Brexit.

But his chances of ending the deadlock are in doubt over the sticking points highlighted by the key Tory allies.

The DUP is digging in over the prospect of a customs border between Northern Ireland and the rest of the UK, as well as the issues of consent regarding the suspended Stormont Assembly.

Another major issue in the PM’s proposals are whether EU VAT rates would apply in Northern Ireland.

Talks between the UK and the EU are set to go down to the wire before the two-day summit.

Mr Johnson needs to get a deal approved before the weekend if he is to avoid a major clash over asking for an extension to the current October 31 deadline.

The Benn Act pushed through Parliament by no-deal opponents states that he must seek a delay if MPs do not give their backing to an agreement on Saturday, when an extraordinary Commons showdown is anticipated.

With fears that there is now insufficient time for a legal text to be hammered out in time, a compromise could see EU leaders back a political agreement and a second summit scheduled.

The DUP has had three meetings with the PM in as many days.

The party is seen as having significant influence over the stance of hardline Tory Brexiteers in the European Research Group (ERG) and hence are crucial in getting any deal approved by MPs.

But, ahead of the DUP’s damaging statement, ERG chairman and self-styled “Brexit hardman” Steve Baker signalled that his group could give its backing.

“We know there will be compromises, but we will be looking at this deal in minute detail, with a view to supporting it,” he told Sky News after a Downing Street meeting.

Mr Johnson told the 1922 Committee of Tory backbenchers a day before the summit that his situation was like climbing Mount Everest, according to MPs in attendance.

Vehement Brexiteer Mark Francois said: “He said ‘We are not quite at the summit, we are at the Hillary Step’.

“‘The summit is not far but at the moment there is still cloud around the summit’.”

Earlier on Wednesday, Brexit Secretary Stephen Barclay confirmed that the PM will write a letter asking for an Article 50 extension if no deal is in place by Saturday.

This is despite Mr Johnson repeatedly ruling out asking for a further delay under his “do or die” commitment to leave the EU by the current Halloween deadline.

MPs could decide on Thursday whether Parliament will sit on Saturday after the EU summit.

Their approval for such a move would allow Mr Johnson to put any deal to MPs in a proposed extraordinary sitting of Parliament on Saturday, between 9.30am and 2pm.