As many as 30 people attended both events, which saw one staffer fill a suitcase with wine at a nearby store. 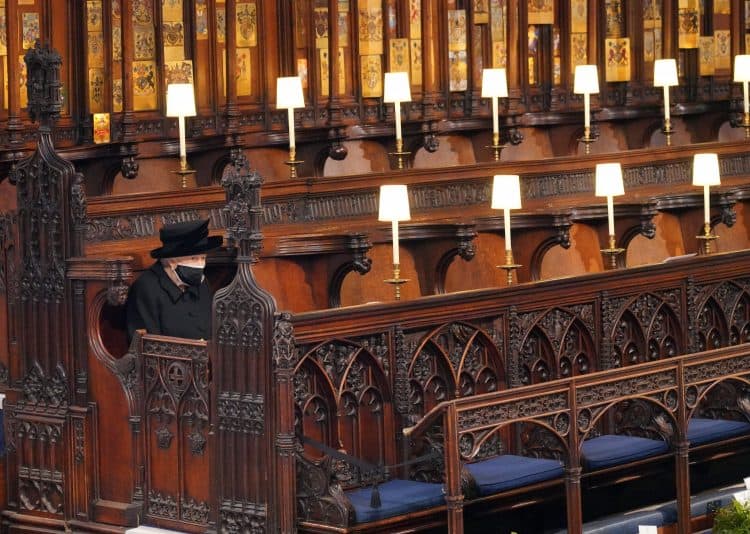 Eyewitnesses told the Daily Telegraph that a combined total of roughly 30 people took part in social events – which would have been banned under Covid rules at the time – in different parts of Downing Street, before both parties combined in the garden.

Philip’s funeral took place in the private chapel at Windsor Castle the next day – Saturday 17 April – with the Queen famously sitting along to maintain social distancing.

Boris Johnson was not at Downing Street that evening, having gone to Chequers – his prime ministerial country retreat – on the Thursday evening and remaining into the weekend.

England was then in stage two of the government’s unlocking roadmap. Up to six people or two families could meet outside, and people could only socialise with their household or support bubble.

One of the events last April took place to mark the departure of James Slack – who had been the prime minister’s official spokesperson under both Johnson and Theresa May, before becoming Johnson’s director of communications. He is now deputy editor of the Sun.

Another event was for Johnson’s personal photographers, with witnessing telling the Telegraph that their event took place in the basement – with loud music playing.

Both groups reportedly moved outside after midnight, driving until the early hours of the morning. One attendee drunkenly broke a swing belonging to Johnson’s son Wilfred, a witness said.

The reports were met with fury across politics, with more Tory MPs calling for Johnson to resign and Labour baying for blood.

Labour deputy leader Angela Rayner wrote on Twitter: “I have no words for the culture & behaviours at number 10 and the buck stops with the PM.”

Sir Ed Davey, the leader of the Liberal Democrats, said: “The Queen sitting alone, mourning the loss of her husband, was the defining image of lockdown. Not because she is the Queen, but because she was just another person, mourning alone like too many others. Whilst she mourned, Number 10 partied. Johnson must go.”

Fran Hall, from Covid-19 Bereaved Families for Justice, added: “If your neighbours had behaved like this, you’d have been disgusted. For the people running the country to do it and then lie about it, shows a complete disdain for the general public.

“The Conservative MPs that are keeping him in power disgrace their country.”

And Andrew Bridgen – a Tory MP who backed Johnson’s run for leader – revealed he had handed in a letter of no confidence in the prime minister, calling on him to leave within three months.

The top Brexiteer told the Telegraph that there was a “moral vacuum at the heart of our government”. He joins four Tory MPs, including the leader of the Scottish Tories, who have openly called for Johnson to go.