By Nick Figgis A seriously inconvenient truth, but it might be time we face it. Kuhn and Anderson’s thrilling documentary is a rare gem in environmental film – it poses questions and actually answers them. I watched most of Cowspiracy muttering expletives under my breath. For a meat and dairy eater, whose girlfriend has been […]

by Joe Mellor
in Film, Politics 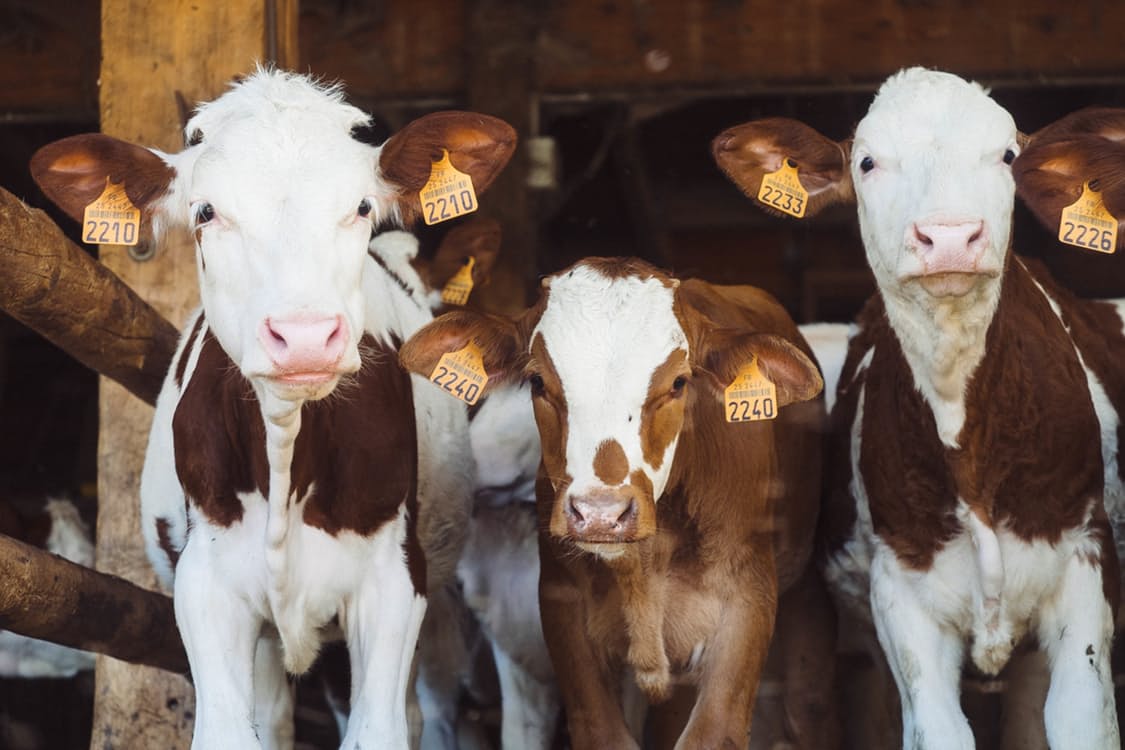 By Nick Figgis A seriously inconvenient truth, but it might be time we face it.

Kuhn and Anderson’s thrilling documentary is a rare gem in environmental film – it poses questions and actually answers them. I watched most of Cowspiracy muttering expletives under my breath. For a meat and dairy eater, whose girlfriend has been known to ask if I “want some toast with my butter,” it’s an eye opener but not in the way you might expect.

Fear not, this is no attempt to shock and shame you into renouncing sin by exposing you to grainy, covert footage of sickly chickens being sucked into a giant mincer. To start with it is a masterclass in documentary film making. Deft pacing, a dry sense of humour and a self-effacing protagonist make it eminently watchable. There’s an engaging simplicity to the narrative and data presentation which is supported by simple but beautiful cinematography.

Ok, so that’s the easy stuff. Now for the inconvenient bit. Between bouts of squirming, effing and blinding (see – men can multi task!) I had to wonder; how do you convince people to watch a film with a message most of them are going to find discomforting?

If you are a reasonably informed person, you’re probably aware of the overwhelming evidence in support of human caused climate change. If you’ve got kids, or nephews and nieces you’ve probably felt the guilt of the concerned but inactive. Or maybe you’ve had an epiphany and decided to take action. Maybe your average day starts with a super short shower. You switch the water off while lathering up and you resist the temptation to stand for an extra ten minutes under an almost scalding stream, singing “I am what I am” while inspecting your bits.

That is a luxury we can no longer afford. Your bits do look snug, one might even say smug, squeezed into your nifty little cycling onesie, and you have a satisfied spring in your step as you deposit three separate bags of rubbish in full view of your less conscientious neighbours. One bag for general waste (regrettable but at least it’s only a small one), one for food (what do they do with the food one?), and one with well washed recyclables (because you have to wash before you squash, you know). You take no prisoners in your daily battle with the Chelsea tractor morons on the way to work, they are after all murdering your unborn children. Then you pop into your favourite independent, organic, fair trade coffee place to grab one of their scrummy free range bacon sarnies… Sorry? You do what?! Right, well you may as well have slept under a full flowing power shower, burned your rubbish in your front garden and driven to work in an actual tractor.

Ok, so I haven’t fact checked this statement. Fortunately, Anderson’s calculations are more considered. Here are some tasters: Raising Cattle uses more greenhouse gasses (18%) than all cars, trucks, trains, ships and planes combined (13%) when you factor in methane emissions. Yes, that’s cow farts. According to NASA Methane has a global warming power 86 times that of CO2. Livestock production is the leading cause of species extinction, deforestation, greenhouse gas emissions, water shortage and ocean destruction on the planet today.

The good news is Anderson doesn’t spend the film abusing meat eaters. Of course he turns his guns on giant livestock corporations, but more surprisingly, it’s our favourite environmental agencies who take most of the flak for failing to address the issue. Seeing eco CEO’s on the rack is weirdly entertaining, but it’s also disturbing, there genuinely does seem to be a conspiracy of silence around this issue. If you want to experience despair there are plenty of options nowadays.

You could read George Monbiot’s column when he’s on a downer or the latest UN report on climate change, or you could turn to the plethora of films on the subject. The trouble with many of these films is the feel good bit at the end. Perhaps, like me you find graphics of super space aged planes running on positive vibes or crowds of people dumping money outside banks and spontaneously agreeing to create utopia unconvincing?

This film is different. There is some really uplifting, positive stuff at the end but more importantly, there’s a clear answer to the questions posed. It remains to be seen whether we are ready to hear that answer. We’re a strange bunch us 21st centurions. Our not too distant ancestors underwent beatings, massacres, imprisonment and forced feedings to achieve universal suffrage, our grandparents signed up in their millions to fight fascism.

But I’ve a feeling most people will block their ears to this inconvenient truth, we are so wedded to instant gratification. Though perhaps I should take a leaf out of the Anderson/Kuhn book and end on a positive note. This is Dr William Tuttle from the film: If we didn’t raise livestock “we wouldn’t have to devote all this land to growing grains… to feed to them… then the forests could come back, wild life could come back, the oceans would[regenerate], rivers would run clean again, the air would come back, our health would return”. This notion that what we have to do is retreat, stand back and watch nature regenerate, and that this would lead to a planet not just being sustained but actually thriving and teaming with natural wonders, has to be one of the most inspiring ideas any human can get hold of.