The Lib Dems said fitting air purifiers in every classroom would cost around £140 million - and reduce the spread of Covid. 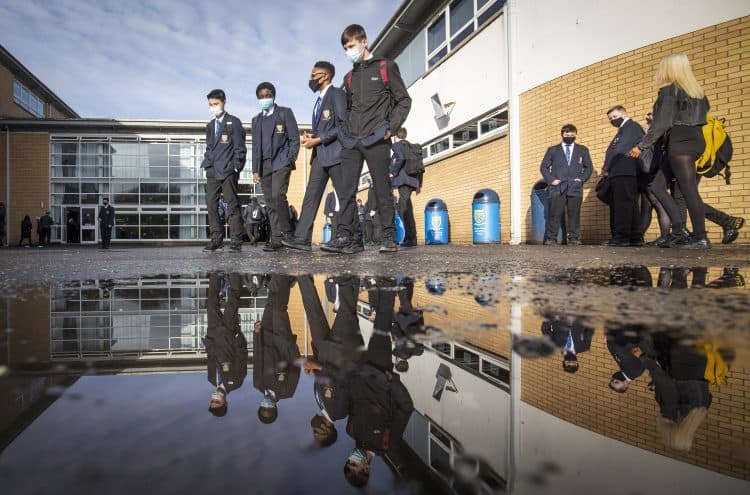 England could fit an air purifier in every classroom for half the price of a new royal yacht, analysis suggests.

The move – which scientists and campaigners say would significantly reduce the spread of Covid in schools – would cost about £140 million, according to the Liberal Democrats.

Ministers insist there will be no delay to the start of the school term, despite surging Omicron cases, and have vowed not to shutter classrooms even if additional restrictions are imposed.

But schools have warned of a high number of teacher absences as a result of self-isolation, which could force whole year groups to be sent home.

Nadhim Zahawi, the education secretary, has sent out a distress call to retired teachers and those who have left the profession to help fill the gap.

The general secretary of the Association of School and College Leaders, Geoff Barton, has warned that closures could occur if schools are left without an alternative.

“If you have a fixed pool available of those who can teach young people, then the only final resort schools and colleges have is to start thinking about the certain year groups that should be prioritised in the short term,” he told the Telegraph.

Government guidance encourages teachers to open windows and doors, urging schools to “balance the need for increased ventilation while maintaining a comfortable temperature”.

But the Lib Dem education spokesperson, Munira Wilson, said the government’s advice to use CO2 monitors was less effective because they do not affect airflow.

Headteachers have also hit out at the cost of the government’s preferred air filter suppliers – with one model, made by Camfil City M, costing £1,170.

And Wilson said schools shouldn’t be paying for units at all.

“Failure to act right now will fail our children in the future. The government has a week to solve this, otherwise pupils will be left out in the cold and missing out on vital learning once again,” she said.

“Nadhim Zahawi gave a cast-iron guarantee that schools would stay open. Unless he gets a grip on this quickly, he will be adding to the countless broken promises from this Government. Worse still, he will be breaking a promise to all our children.”