The Labour leader urged the Home Office not to impose restrictions on EU nationals living in the UK, and criticised Home Secretary Priti Patel, saying she had adopted a “ludicrous position”. 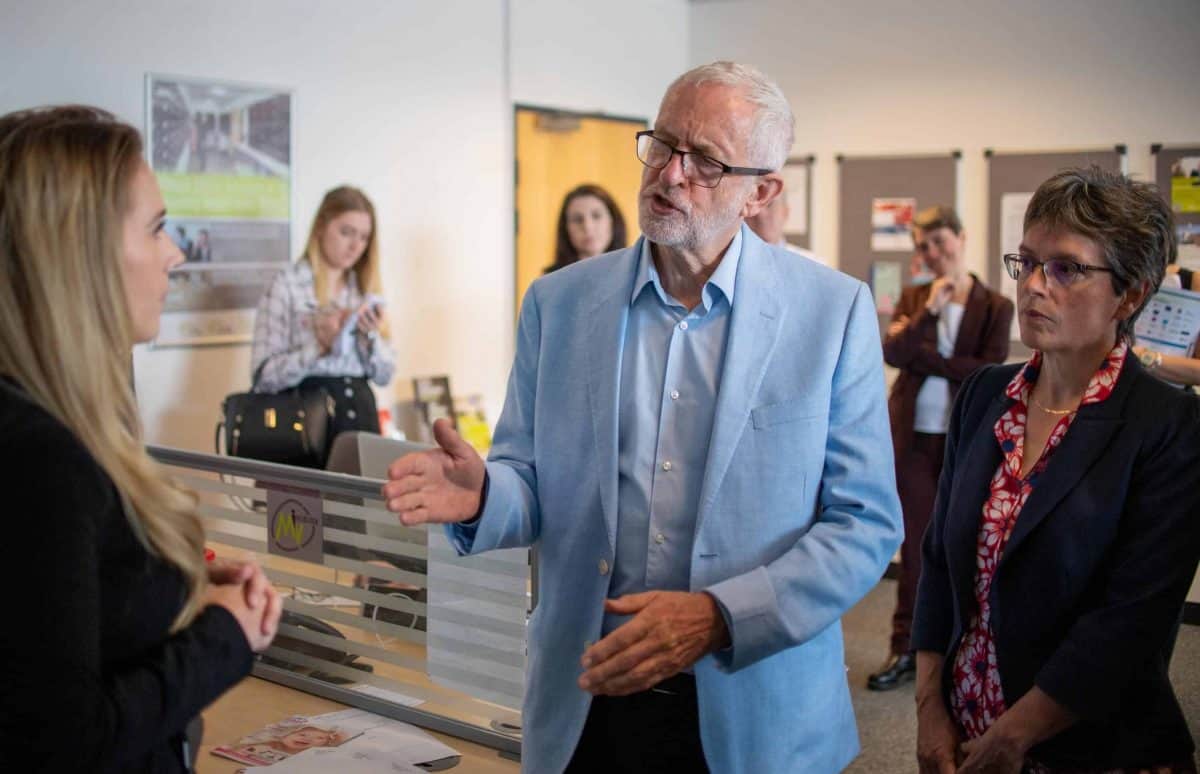 Jeremy Corbyn has said restricting freedom of movement for EU nationals after Brexit could become a scandal like “Windrush on steroids”.

The Labour leader urged the Home Office not to impose restrictions on EU nationals living in the UK, and criticised Home Secretary Priti Patel, saying she had adopted a “ludicrous position”.

Speaking at the Business and Technology Centre in Stevenage, Mr Corbyn said: “Priti Patel has announced that freedom of movement here in every form will end on October 31. It is an utterly ludicrous position she has adopted.

“Does that mean that a European Union national living in this country, possibly as a doctor, a nurse, a trauma surgeon, all kinds of things, goes home to see their family in Germany or Czech Republic or wherever else, they are not allowed back into this country?

“Is this another Windrush, on steroids? It is a ludicrous proposal.”

Cut the nonsense and don’t impose this again

He added: “I’d just say to Priti Patel, cut the nonsense, and don’t impose this again.”

“There will be people that came here perfectly legally, but will not have the paperwork to prove that and will have all sorts of problems with employers and the NHS and so on.”

She added: “The way Boris is doing it is heading to a catastrophe (which) will make Windrush look like a minor blip.”

Number 10 said the system allowing EU citizens to freely live and work in the UK would “look different”, with changes including tougher checks to prevent foreign criminals entering the country.

Ms Abbott called for the publication of up-to-date analysis of what a no-deal Brexit will mean, adding: “We want all the background papers published, otherwise there is too much uncertainty.”

A Home Office spokeswoman said: “EU citizens and their families still have until at least December 2020 to apply to the EU Settlement Scheme and one million people have already been granted status.

“Freedom of movement as it currently stands will end on October 31 when the UK leaves the EU, and after Brexit the Government will introduce a new, fairer immigration system that prioritises skills and what people can contribute to the UK, rather than where they come from.”