“Sorry about this, this is not the way we do good government" 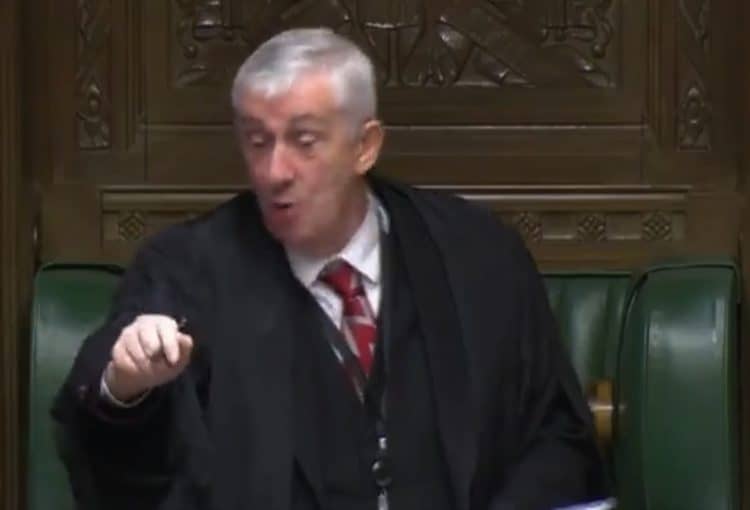 Labour said government bills are disappearing at a “rate of knots” as they hit out at “chaos” in Parliament.

Shadow Commons leader Thangam Debbonaire said an “inability to govern” is “bringing this country to a grinding halt”.

The Labour frontbencher hit out at the Government after a statement on a controversial new coal mine in Cumbria was delayed by an hour because, the Speaker said, full copies had not been provided to him or the opposition.

Ms Debbonaire said it had happened three times in two weeks, before going after the Government on what she described as breaking promises on the delivering of legislation.

Commons Speaker Sir Lindsay Hoyle had earlier suspended the Commons temporarily after a speech from Communities Secretary Michael Gove. Sir Lindsay said the copies that had been provided to him and the opposition had “something missing”.

“Sorry about this, this is not the way we do good government,” Sir Lindsay said.

Speaking later on questions relating to the business of the House, Ms Debbonaire said: “This morning’s chaos… is the latest – not the only – the latest example of a minister failing in their duties to provide a copy of a ministerial statement… I’m dismayed at the absolute shambles that we saw this morning, it’s just not on.

“Back to government chaos on handling of legislation, and their sofa down the back of which bills seem to be disappearing at a rate of knots. Never mind bills not making progress, some like the Online Safety Bill are heading back in time, going back upstairs.

“We hear others aren’t ever actually going to happen at all. Just yesterday the Government dropped two more,” she said.