An unknown Tory donor picked up the new coins along with a signed copy of the Withdrawal Agreement. 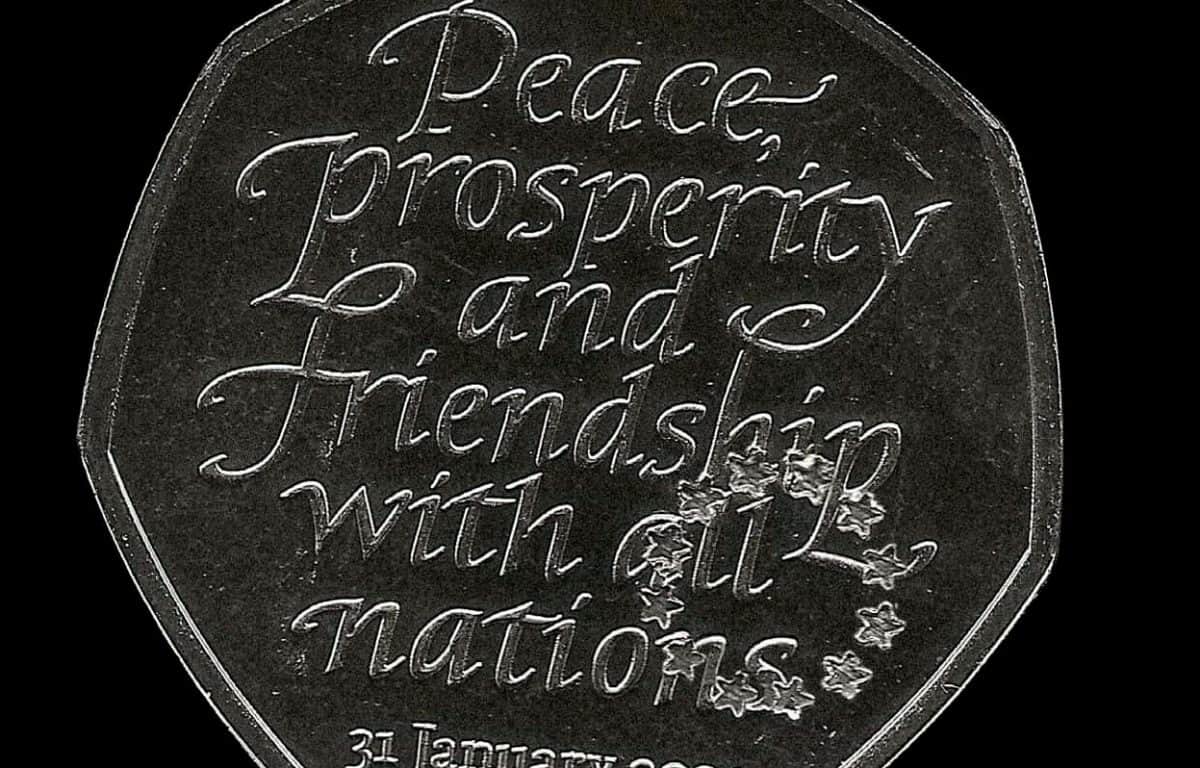 A commemorative gold and silver Brexit 50p coin sold for an eye-watering £60,000 at the Conservative’s latest black and white fundraising ball.

An unknown Tory donor picked up the new coins along with a signed copy of the Withdrawal Agreement, the Evening Standard has reported.

There were also prizes to take a trip on a Lancaster bomber with Grant Shapps at the controls, and a chance to win a lunch in a prison restaurant alongside Robert Buckland.

More than 650 people — paying £1,000 a head — were invited to the Conservatives’ annual Black and White ball and auction in Battersea.

It was compered by Go Compare’s opera-singing mascot Wynne Evans and was attended by most of the party’s top brass.

Sajid Javid unveiled the new commemorative 50p coin at the end of January, but was forced to resign after being given an ultimatum to sack all his special advisers in favour of a joint Number 10-Number 11 team.

Today the former chancellor used a personal statement to spell out why he felt forced to quit.

He said: “A chancellor, like all cabinet ministers, has to be able to give candid advice to a prime minister so he is speaking truth to power.

“I believe that the arrangement proposed would significantly inhibit that and it would not have been in the national interest.

“So while I was grateful for the continued trust of the Prime Minister in wanting to reappoint me, I am afraid that these were conditions that I could not accept in good conscience.”