Nick Brown asked him to “unequivocally, unambiguously and without reservation” apologise for claiming that the scale of anti-Semitism in the party had been “dramatically overstated for political reasons”. 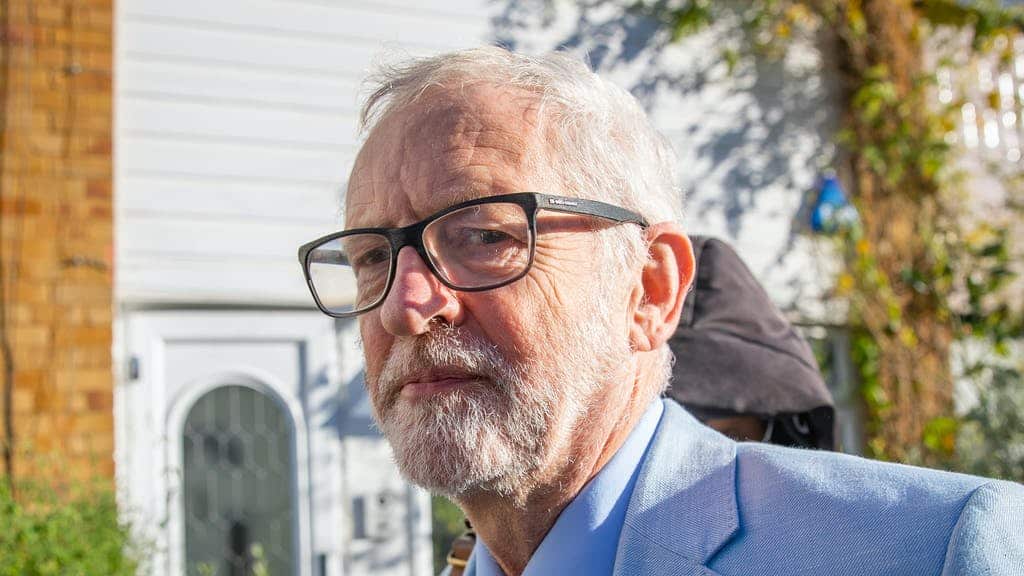 Labour’s chief whip has asked Jeremy Corbyn to “unequivocally, unambiguously and without reservation” apologise for claiming that the scale of anti-Semitism in the party was “dramatically overstated for political reasons”.

In a letter obtained by the PA news agency, Nick Brown said the former Labour leader’s response to a damning Equality and Human Rights Commission (EHRC) report caused “distress and pain” to the Jewish community.

Mr Corbyn was suspended from the party last month over his comments, but was reinstated as a Labour member by the National Executive Committee following a meeting of a disciplinary panel three weeks later.

However, his successor as party leader Sir Keir Starmer last week blocked him from sitting as a Labour MP, though said he would keep the decision not to restore the whip “under review”.

“Will you unequivocally, unambiguously and without reservation apologise for your comments?”

Mr Brown, writing to Mr Corbyn on Monday, said that to inform an investigation into whether the Islington North MP broke the party’s code of conduct he wanted him to consider apologising for his comments.

He wrote: “Will you unequivocally, unambiguously and without reservation apologise for your comments made on the morning of 29 October 2020, in particular for saying ‘One anti-Semite is one too many, but the scale of the problem was also dramatically overstated for political reasons by our opponents inside and outside the party, as well as by much of the media’, which caused such distress and pain to Jewish members of the Labour Party and the wider Jewish community?”

In the letter, he also asks Jeremy Corbyn to confirm that he will remove or edit his response to the EHRC report – which he posted on Facebook – and asks for an assurance that he will cooperate fully with the party as it seeks to implement the EHRC's recommendations pic.twitter.com/ub2KFhmRTI

Mr Brown also asked Mr Corbyn to confirm that he will remove or edit his response – which he posted on Facebook, and asked for an assurance that he will cooperate fully with the party as it seeks to implement the EHRC’s recommendations.

A Labour spokesman said: “Following consultation with the Labour Leader, the Chief Whip has written to Jeremy Corbyn about his precautionary suspension from the whip.

“In the interests of transparency, a copy of this letter has been put in the public domain. We will not be making any further comments.”

The EHRC report found Labour had broken the law in its handling of anti-Semitism complaints, though Mr Corbyn said the scale of the issue had been “dramatically overstated for political reasons” by opponents inside and outside Labour, along with the media.

There has been an outpouring of support for the former leader today on social media.

The hashtags #WeSupportCorbyn and #IStandWithCorbyn were trending on Twitter. Here’s a pick of what people had to say:

When Jeremy Corbyn came to York the city centre was packed with people who'd come to hear him. I've been here 20 years and seen nothing else like it. So many young people. #WeSupportCorbyn

What he’s actually done is strengthened him and the movement he brought together.

Don’t make out you’re a “unity” candidate then do what you did and expect everyone to fall in line & respect you.#WeSupportCorbyn.

This is what an actual opposition looks like #WeSupportCorbyn pic.twitter.com/w7A2hUhyKL

Jeremy Corbyn rocking Glastonbury. This blew up so much that it caused the Tories to try and make their own Glastonbury which fell flat on its arse. pic.twitter.com/txyCWcr2WF