The image was accompanied by the words: ‘Your Majesty, your new prime minister is a liar’. 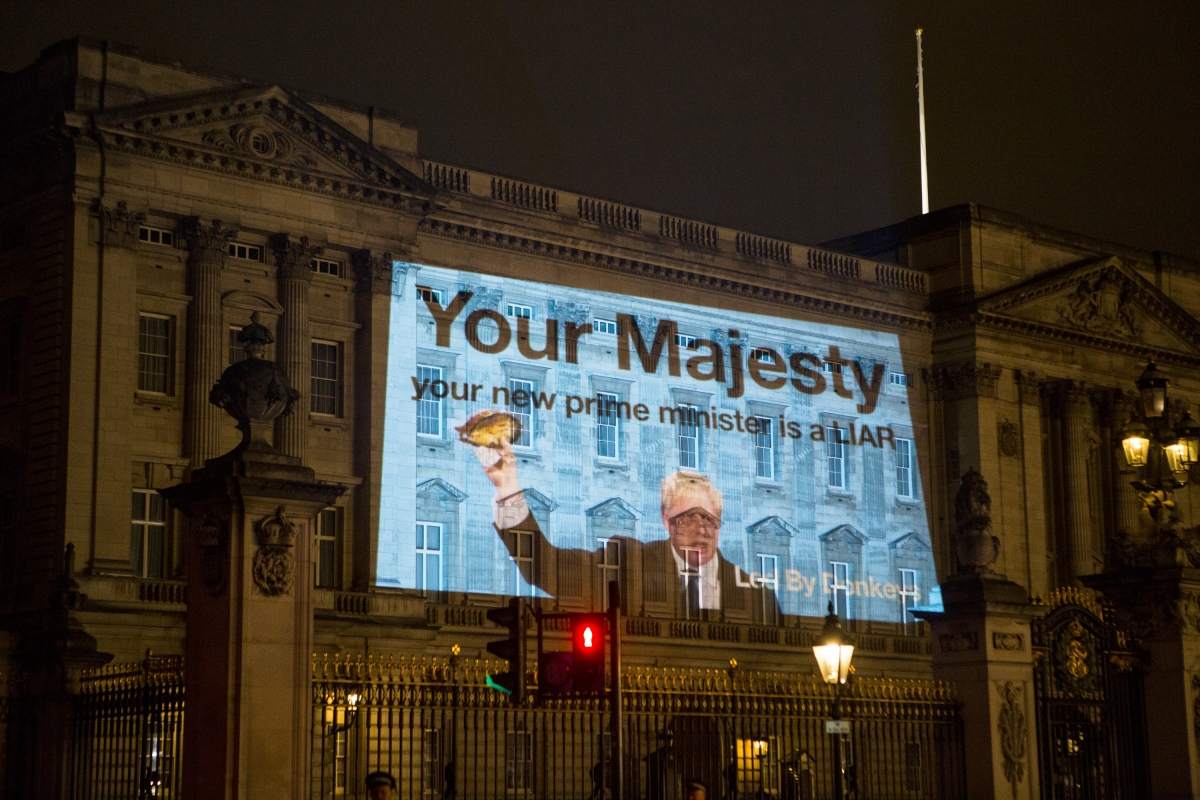 Anti-Brexit campaigners have projected an image of Boris Johnson holding a kipper onto Buckingham Palace, accompanied by the words: “Your Majesty, your new prime minister is a liar”.

The protest is the latest from Led By Donkeys, a campaign that highlights politicians’ hypocritical, or contentious, statements.

The stunt is a reference to the accusations that the incoming prime minister has been accused of spreading fake news, after claiming “Brussels bureaucrats” were behind rules about sending Isle of Man kippers by post.

Mr Johnson used his final hustings of the leadership campaign to deride what he called the EU’s “pointless, expensive, environmentally damaging health and safety” rules by insisting a kipper must be accompanied by a plastic ice pillow.

However, officials in Brussels have since pointed out that the rules were set in the UK, and the Isle of Man is not in the European Union.

Led By Donkeys first went viral in early 2019 after organising billboards in Dover, including one showing Theresa May tweeting her support for Remain in early 2016 and another of Brexiteer Jacob Rees-Mogg in 2011 suggesting the UK could have two EU referendums.

The campaign first began to gather momentum after a discussion over whether former prime minister David Cameron would one day delete his “chaos with Ed Miliband” tweet, which he posted ahead of the 2015 election.

Led By Donkeys now has more than 253,000 followers on Twitter.