Britain “very unlikely” to be included on Ireland’s 'green list', the country’s foreign minister has said 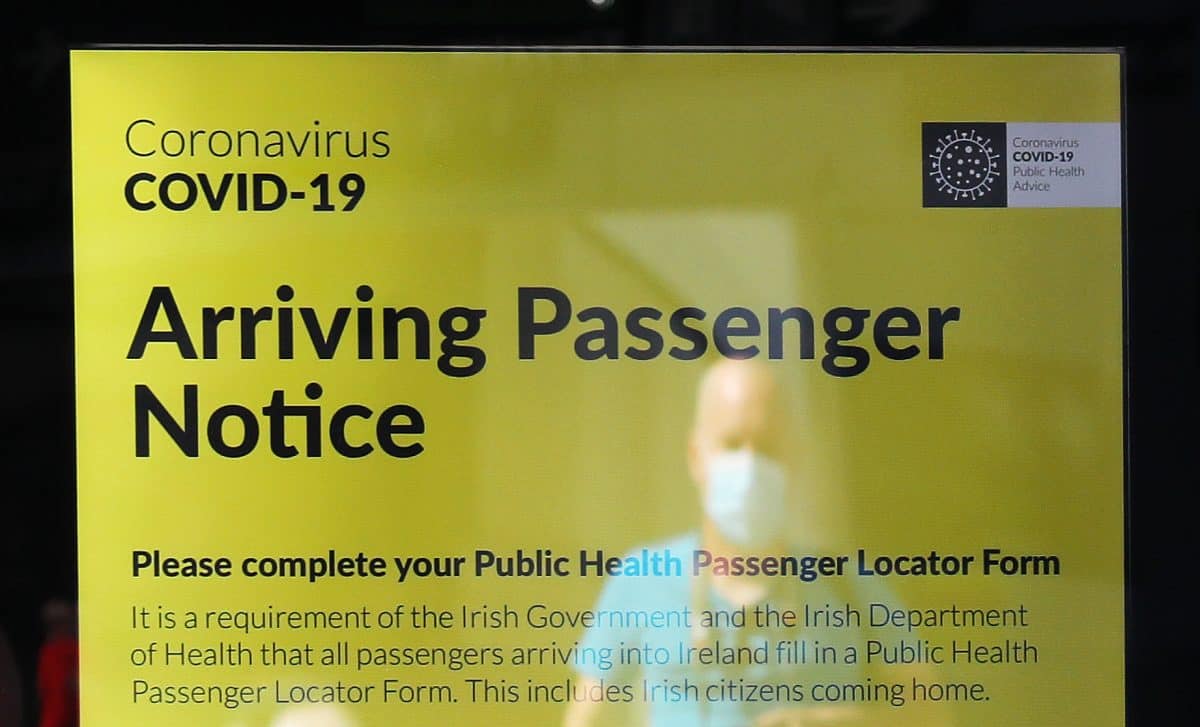 A notice for arriving passengers regarding the Covid-19 Passenger Locator Form at Terminal 2 in Dublin Airport as a requirement for people arriving in Ireland from overseas to alert the authorities where they will be self isolating has come into effect.

Britain is “very unlikely” to be included on the Republic of Ireland’s list of countries exempt from quarantine rules, the country’s foreign minister has said.

The Irish government is poised to publish a ‘green list’ of countries today. While Italy and France are set to be included, Simon Coveney said that the UK and the US – where coronavirus cases continue to surge – will not be.

Restrictions will be placed on Britons crossing the Irish Sea, despite Ireland being put on the UK’s own list of safe travel destinations a fortnight ago.

Ireland has one of the lowest coronavirus infection rates in Europe, with just 12 cases per 100,000 people.

Speaking to a radio station in Ireland on Friday, Coveney said that decisions were not taken “on the basis of politics”, but added there was “no question” the US would be excluded from the list.

He said: “I think it’s very unlikely our closest neighbour [the UK] will bee under that threshold that we set.

“That’s really unfortunate because the two countries we would like to be opening up to in terms of international travel are the UK and US, given the integration between our economy and those two countries.

“It’s on the basis of epidemiological data and numbers, so we can compare Ireland to other countries.

“Then we can put people on a green list that we regard as representing no higher risk than Ireland represents.”

The Irish government would look at data such as number of cases per 100,000 and would consider changing protocols in airports, Coveney said.

“If the decision is made to open a green list we are also looking at working with airports to make sure there is is a much more visible presence informing people of their obligations when they come to Ireland,” he added.

Those crossing the border between Northern Ireland and the Republic of Ireland will not face any restrictions.