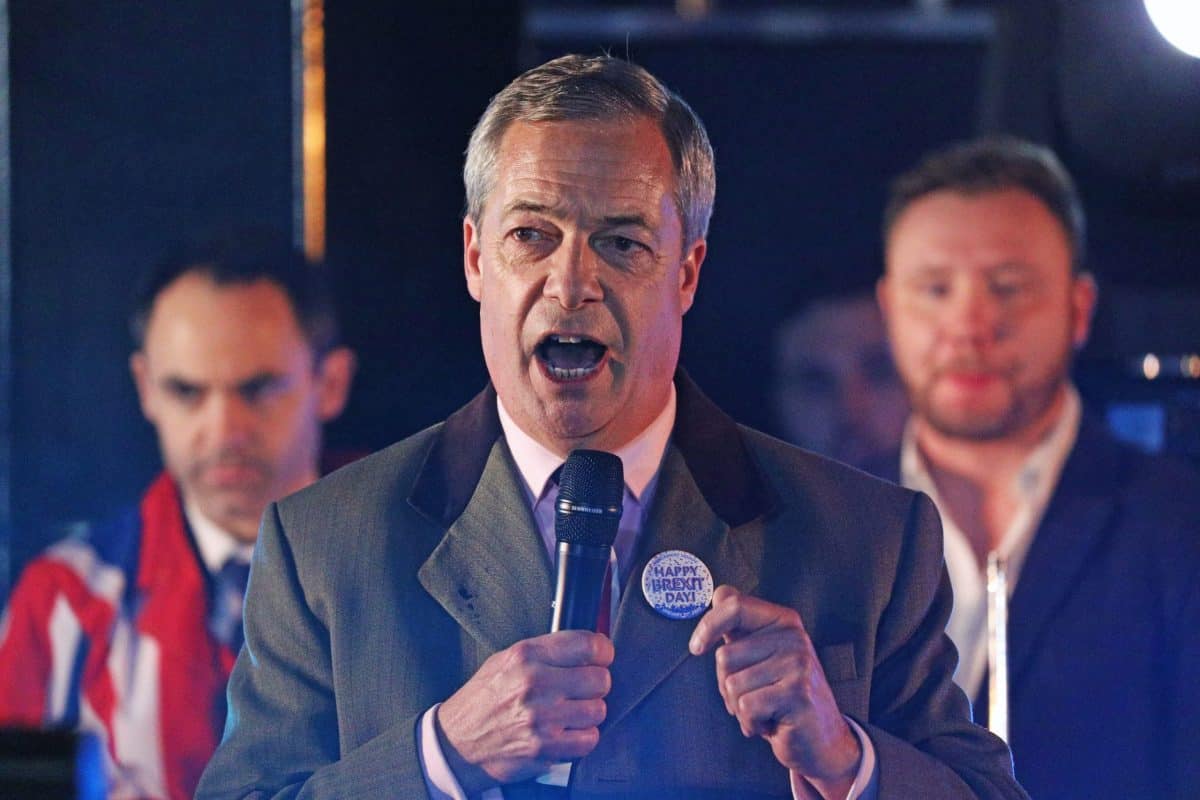 Brexiteers will be enraged on Britain’s first day free of ties to the European Union, Nigel Farage has claimed – because it will not be what they voted for.

The Brexit Party leader backed Boris Johnson’s Withdrawal Agreement in the European Parliament and celebrated the beginning of the transition period on 31 January – but has now said that Brexiteers will not achieve the “true freedom” that they have “fought for decades” to achieve when it ends on 1 January 2021.

Writing in the Daily Express, Farage said: “My own guess is that a deal will be reached in the coming months but one in which we have continued financial liabilities through the European Investment Bank and one in which we will not truly be free in areas such as state aid.

‘Better than a People’s Vote’

Farage was initially against Johnson’s deal, arguing that it was no better than Theresa May’s. However he appeared to drop his resistance during last year’s general election campaign, standing down Brexit Party candidates in Tory marginals.

Reasoning it was better to vote for the deal than risk a second referendum, he said at the time: “If the Brexit Party fought every seat and condemned the deal, there was a real risk that our vote would allow many more pro-EU Liberal Democrats into the House of Commons.

“This may well have led to a second referendum, something that would have damaged trust in our political system for many years to come.”

He would later go on to vote for Johnson’s deal as it was ratified by the European Parliament.