Amy Dalla Mura was warned she could face jail

by Steve Beech
in Politics 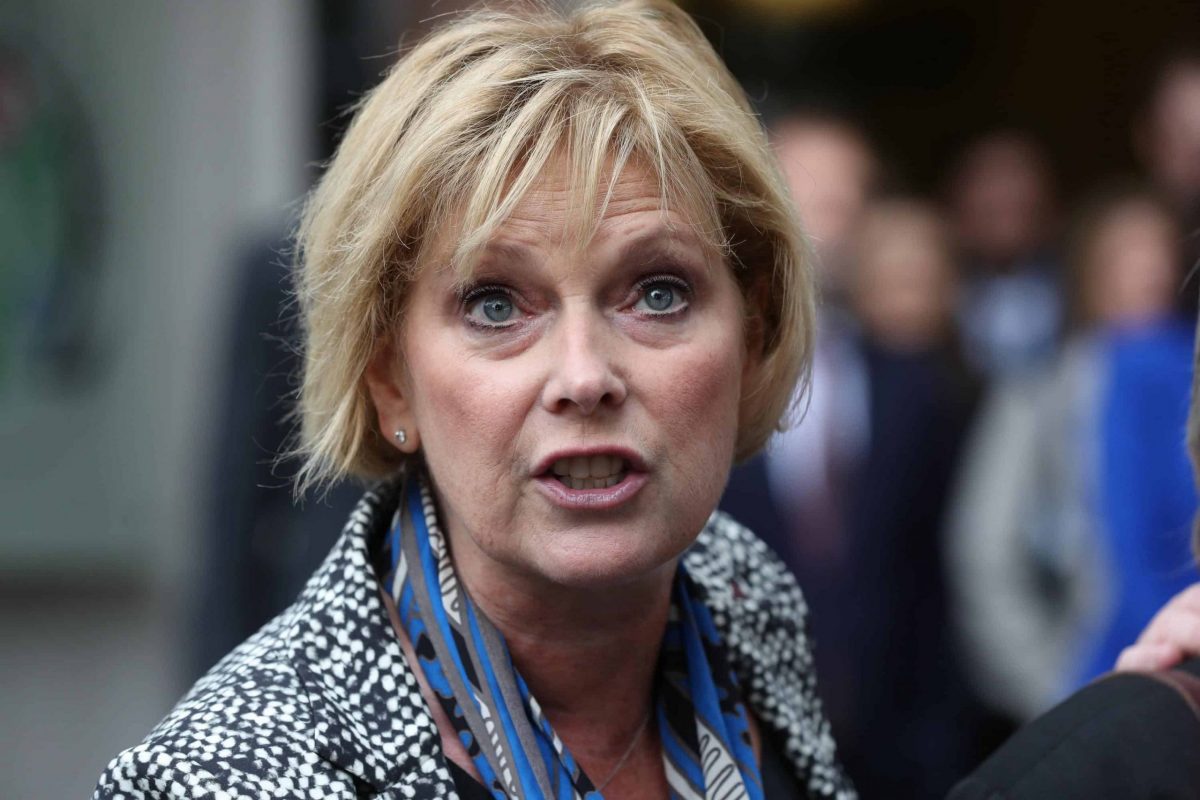 A Brexit activist standing against remainer MP Anna Soubry was today banned from the former Tory’s constituency in the run-up to the General Election after being convicted of harassing her.

Amy Dalla Mura, 56, is standing against Ms Soubry, now of Change UK, in the Nottinghamshire constituency of Broxtowe 200 miles from her Sussex home despite being convicted today of harassing the MP.

She was warned she could be jailed.

But sentencing of Dalla Mura, of Hove, East Sussex, was adjourned until December 16th, four days after the General Election, pending a psychiatric report.

She was released on strict conditional bail banning her from Broxtowe until after the Election.

Dalla Mura, due to represent the English Democrats party in Broxtowe, harassed the former Tory MP on three separate occasions, the court heard.

She held a camera to Ms Soubry’s face and called her a “traitor” during a BBC Newsnight interview at Westminster’s central lobby in March this year.

Ms Soubry said she was “still shaken by it” months after the incident, the court heard.

But Dalla Mura claimed that on one ocassion, Ms Soubry had appeared “chillaxed” and that she had seen her “smiling” and “smirking” the court was told.

Convicting Dalla Mura Chief Magistrate Emma Arbuthnot today (WED) described her behaviour as “utterly peculiar” and said that it would be “too risky” to allow her to go to Broxtowe, despite the General Election campaign.

She said: “I was not a little concerned that despite knowing she had frightened Ms Soubry, Ms Dalla Mura had gone out of her way to stand against her in a constituency that was 200 miles from Ms Dalla Mura’s home to which she has no connection.”

Dalla Mura was told to have no contact with Ms Soubry directly or indirectly, not to go within the constituency of Broxtowe and not to go around the Palace of Westminster.

Ms Arbuthonot saidd: “She can conduct her campaign from elsewhere, but I am not to have her going there. It is too risky.”

She later added: “I am not locking her up today. She can do it from home, email.

“There is simply no reason for her to be there.”

Other conditions attached to Dalla Mura’s bail included that she is “not to post or comment on any social media about Anna Soubry with the exception of attacking policies of political parties.”

It was said Dalla Mura can refer to policies by Change UK, but she cannot mention Ms Soubry.

Ms Arbuthnot said: “The defendant will be able to attack Change UK, but will not be able to refer to Ms Soubry by name.”

She later said: “I have not decided at all what I am going to do with you. I have not excluded prison.”

Dalla Mura was convicted of one charge of harassment without violence between January and March.