Johnson "will not be winging it" if the Met come knocking, sources told The Times. 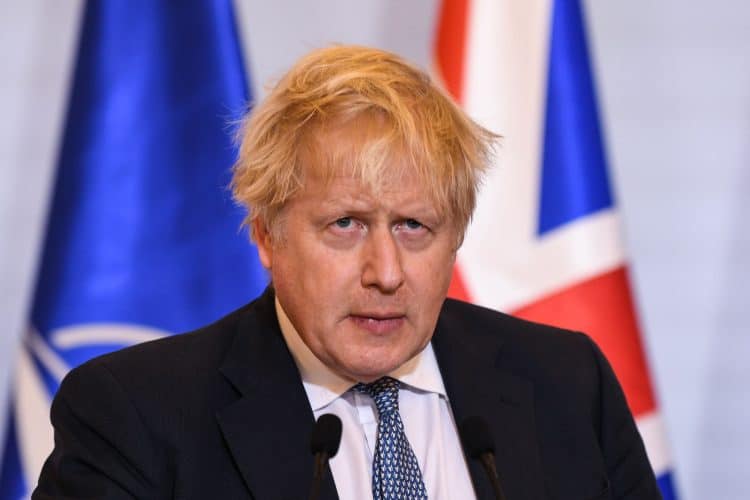 Boris Johnson plans to appoint a private lawyer if he is questioned by police over allegations he broke lockdown rules by attending Downing Street parties.

Scotland Yard is expected to submit letters to 50 people in Westminster today, asking them to account for alleged rule-breaking.

The prime minister – who attended six events being investigated by the Metropolitan Police – is set to be among them.

However Rishi Sunak, the chancellor, said on Friday morning that he did not expect to receive a letter.

Asked by Sky News whether he would be questioned by the police, he said “no” – and added “the prime minister has my total support”.

According to The Times, Johnson has lined up a legal expert on coronavirus regulations to help him defend his participation in alleged parties. He has repeatedly denied breaking the rules, including in the House of Commons.

Lawyers have suggested he could argue that he technically did not breach rules by attending parties at No 10 – because he did not leave his home.

But that defence will not apply to claims that a party was held in his flat about No 11 Downing Street to celebrate the departure of Dominic Cummings on 13 November 2020.

“The prime minister will not be winging it,” a source told The Times. “He will take private legal advice. There are relevant considerations. He is in a unique legal situation because Downing Street is both his workplace and his home.”

Staff implicated in the affair have reportedly begun seeking legal advice, with the newspaper reporting that a number of London’s top white-collar crime lawyers have already been approached.

Dame Cressida Dick – the Met commissioner who announced yesterday that she will be stepping down – said that it was inevitable some of those sent questionnaires would receive a fixed penalty notice.

“Clearly some but probably not all of those people may very well end up with a fixed penalty notice,” she told the BBC. “I recognise this is something that has hugely disgusted many members of the public to see. It has caused lots and lots of public concern.”

Dick added that her officers were not in Downing Street to stop parties. “My officers are there primarily with firearms to keep people safe from terrorists, armed attackers and the like,” she said.

“That’s their primary job. I do not ask them — and I’m not going to start asking them — to patrol the corridors of Whitehall looking for what might be going on. That is not appropriate. We don’t do it in any other environment.”

And a senior ally of the prime minister said that Scotland Yard will need to be “very certain” that he breached lockdown before handing him a fixed penalty notice.“There is inevitably a degree of discretion here,” they told The Times.

“Do you want the Metropolitan Police deciding who the prime minister is? They have to be very certain [before issuing a fine].

“If he does get one, it would be odd if the discretionary action of the police determines the future of the country.”

Related: Mandelson warns Labour left: back Starmer or get lost