Parallels have not been hard to find after the government voted down attempts to provide free school meals for hungry kids. 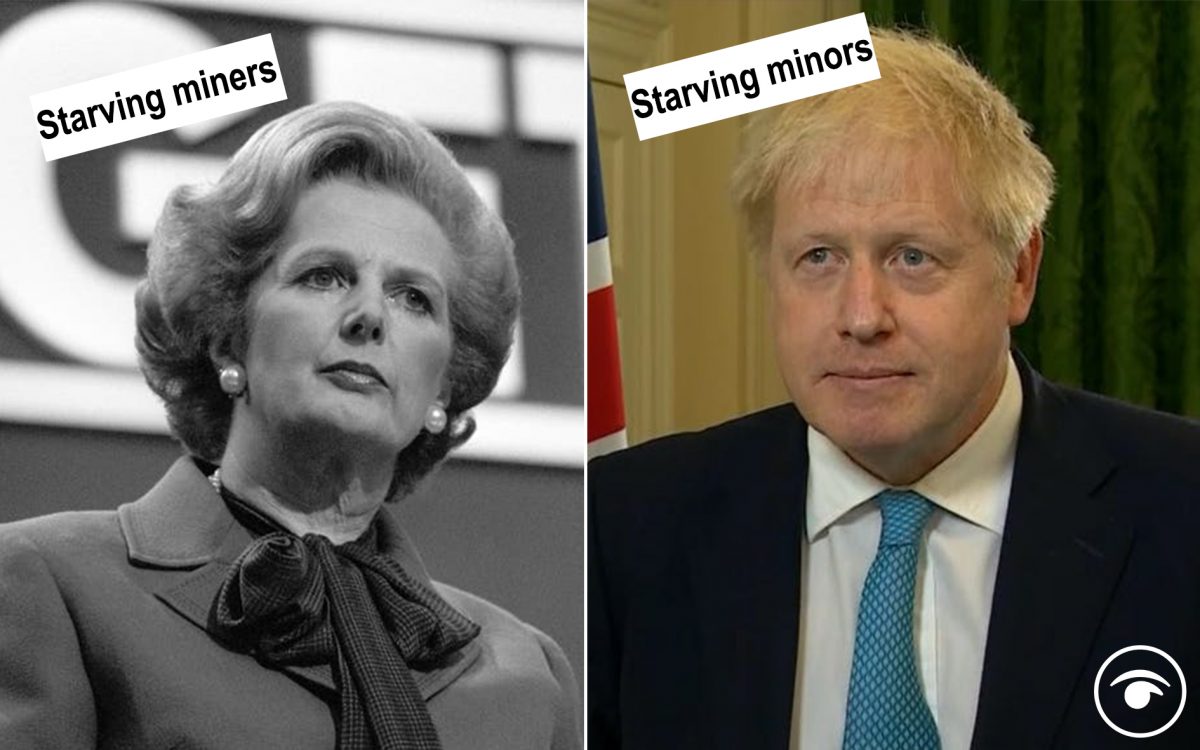 Parallels between Boris Johnson and Margaret Thatcher have been circulating around social media after the Conservatives voted against providing free meals for hungry kids over the school holidays.

As Education Secretary in Edward Heath’s government Thatcher made a similar decision in 1971 to stop the provision of milk for junior school pupils which prompted the playground taunt “Thatcher, Thatcher, milk snatcher”.

Files released by the National Archives 19 years later show that she could have regretted the move.

According to the documents she was horrified when Health Secretary Ken Clarke proposed ending free milk for nursery schoolchildren as well.