He also referred to the “supine stem of confiteor” and touched on the debate around whether Harry Potter is sexist or not. 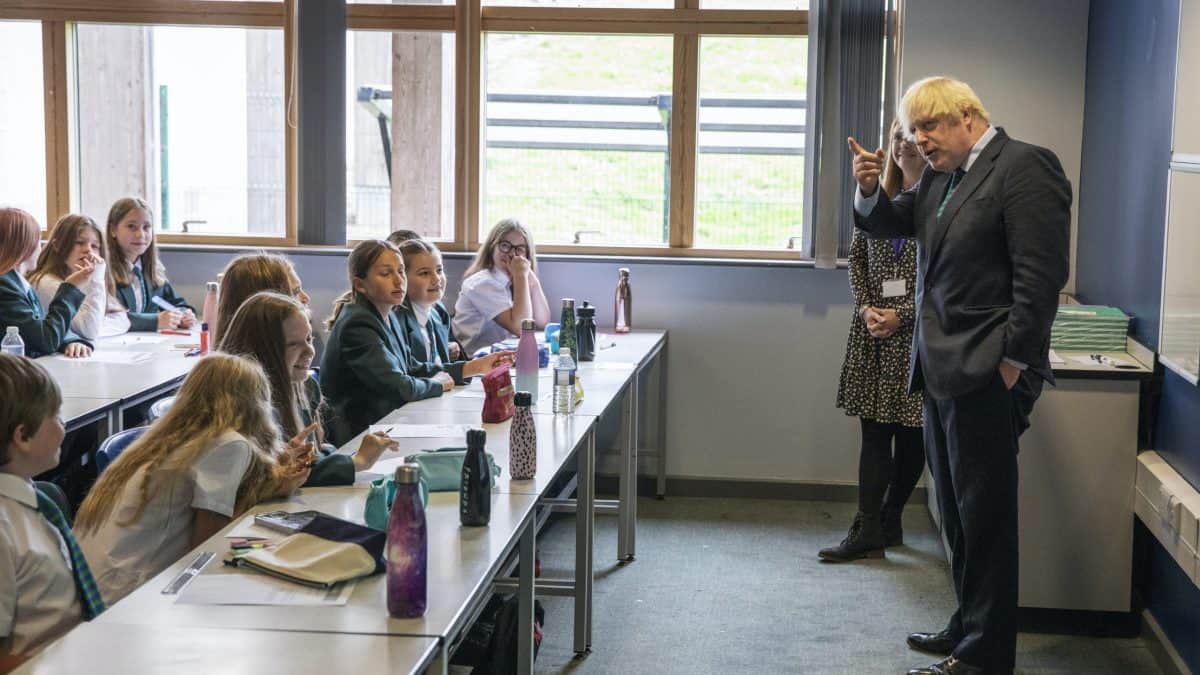 Boris Johnson has insisted it is politically acceptable to sing Rule, Britannia! – amid heated debate over the song’s historical meaning.

It comes after the BBC said it would play an instrumental version at the Last Night Of The Proms next month.

Media reports had suggested that the song would be dropped altogether, along with Land Of Hope And Glory, because of their perceived association with colonialism and slavery.

However, the BBC has said the decision to drop the lyrics to the songs at the event was prompted by Covid-19 restrictions.

The Prime Minister made the comment during a visit to Castle Rock School in Coalville, Leicestershire, as pupils returned for the first time since the national coronavirus lockdown was implemented.

In a speech to pupils, Mr Johnson cited the debate around Rule, Britannia! as an example of a concept that teachers are able to help pupils understand – a benefit of being back in classrooms.

He also referred to the “supine stem of confiteor” from Latin study, and touched on the debate around whether Harry Potter is sexist or not.

“You’ll remember these days and weeks and months, you really, really will,” the Prime Minister told Year 11 students.

“And when you’ve been struggling with something in the classroom or whatever, some concept that you can’t get … like the supine stem of confiteor, nuclear fusion or … is Harry Potter sexist? Answer ‘No’, by the way.

“Is it politically acceptable to sing Rule, Britannia? Yes.

“When you’re struggling with complex questions or something that you’re worried about, somebody, very probably a teacher, a brilliant teacher, will say something and a light will go on, the clouds will lift and you will never, ever forget that moment.

“And that moment is absolutely irreplaceable, it’s invaluable and it can only happen in school.”

Education is the “great equaliser”

Mr Johnson continued: “And that’s why education is the great equaliser, it’s the liberator, it’s the transformer of society, and it’s the single most important way in which we can unite and level up across this whole country and deliver social justice.

“And that is why we must, in the next week and the succeeding days, we must have every pupil back in school in the way that you’ve come back to school.”

Chatting to pupils at the school, the Prime Minister also spent time discussing Egypt’s former president Gamal Abdel Nasser and whether he was a socialist, as well as asking one girl if she already had her conclusion before writing an essay.

He suggested to her that it is often better to start with an earthquake and build up to a climax.

Mr Johnson also praised pupils for not being nervous about Covid-19 and told them that the friends they meet now will be their friends for life.