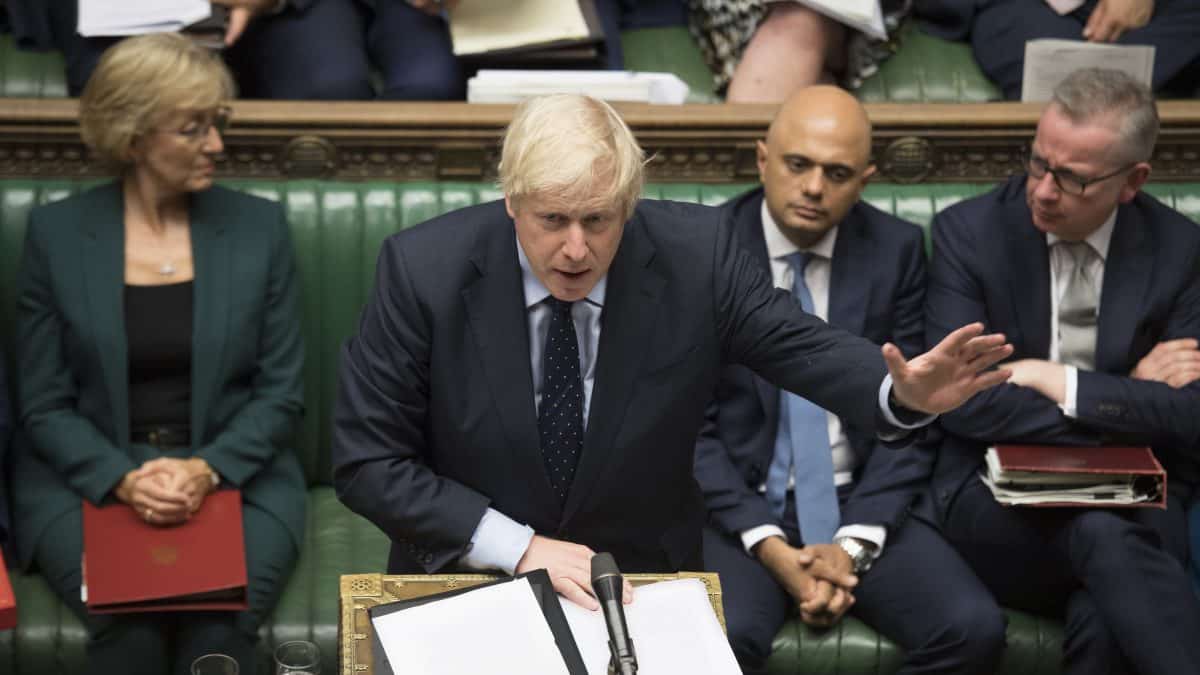 MPs voted to take control of the order of proceedings tomorrow to allow a bill to stop Britain crashing out of the EU with no deal to proceed through the House of Commons this week.

This was Boris Johnson’s first vote as PM and he lost it. He reacted furiously threatening a General Election if MPs proceed to remove no-deal Brexit as an option.  He said if MPs vote to delay Brexit until a deal can be achieved, he will seek to hold an election. Tonight, Johnson said, he is tabling a motion under the Fixed-term Parliaments Act.

MPs now could block the Prime Minister from taking the UK out of the EU without a deal next month.

Tory rebels defied the whip to join opposition MPs in supporting a bid to take control of the Commons agenda and pass legislation which would prevent a no-deal Brexit on October 31.

Commons Speaker John Bercow gave the green light for the cross-party alliance to launch their attempt on Tuesday to seize control of the House’s business for the following day.

It came after Mr Johnson’s working majority in the Commons was wiped out when former minister Phillip Lee dramatically defected to the Liberal Democrats.

The Labour leader Jeremy Corbyn said if Boris Johnson had a proposal for a deal Parliament should see it and added that there was no majority in the country or in Parliament for a no-deal Brexit.

Former Chancellor of the Exchequer Philip Hammond and other Tory rebels earlier in the day asked Boris Johnson yet again what had he done so far to negotiate with the EU, and what alternative to the Backstop he refuses to countenance he had come up with. But still there were no reassurances for the rebel Tory MPs who defied the threat of losing their whip to vote to stop Johnson crashing the country out of the EU with no deal.

Leaks in the Daily Telegraph earlier in the day suggested that Boris Johnson was aware that he has no chance of replacing the backstop in EU. The paper said that the PM’s chief strategist Dominic Cummings considers Boris Johnson’s EU negotiations a “sham.”

Ian Blackford, the SNP leader at Wesminster, reacted to tonight’s vote, saying that Johnson now has a 100% record when it comes to losing votes in the Commons.Reacting to Johnson’s threat, he insisted that the PM should respect the vote and that it is a “fantasy” that Johnson has any deal in the pipeline.

MPs take control of Parliament – What next?

MPs tonight voted to take control of the parliamentary schedule.

They now need to start trying to pass a new law – to try to make the government ask the EU to delay Brexit until 31 January 2020.

The move would require the Prime Minister to seek a delay to Brexit until January 31 2020 if no agreement has been reached, and MPs have not approved a no-deal withdrawal.

This law could be debated and voted on in the House of Commons on Wednesday, 4 September, and move to the House of Lords on Thursday, 5 September.

Parliament is not due to sit on Friday, 6 September, but MPs could decide it should.

And if passed, the bill could be given royal assent by the Queen and become law on Monday, 9 September. The Government will try its best to stop the intervention by wasting time with multiple amendments and talking the bill out of time.

Shadow Foreign Secretary Emily Thornberry said Boris Johnson could no be trusted not to go back on an agreed date for an election and so Labour would not agree to the expected call from Johnson for a General Election now parliament has taken charge.

Outside hundreds of demonstrators gathered in Parliament Square in Westminster as MPs debated crucial Brexit vote.

Crowds applauded speakers criticising austerity policies and demanding a general election who addressed them from a small stage erected at the edge of the square.

Protesters brandished placards bearing anti-Boris Johnson and anti-Brexit slogans, such as “Tories Out”, “No to Boris Johnson” and “Stop Brexit!”.

Kevin Vickers, 40, a civil servant from Milton Keynes, said an election was the “only way we can get rid of this terrible Government”.

He said a new government was needed to end “the rule of the rich, by the rich, for the rich.”

Sue Clutterbuck, a pensioner from Essex, hit out at the Prime Minister.

She said: “I think what Boris Johnson is doing is totally undemocratic.”

Earlier, during the debates, Father of the House Tory grandee Ken Clarke who risks having his Tory whip removed by Boris Johnson’s administration for voting against him summed up the PM’s tactics.

“The PM’s extraordinary knock-about performance today merely confirms his obvious strategy: To set conditions which make no-deal inevitable. To make sure that as much blame as possible is attached to the EU and this House.

And then as quickly as he can, fight a flag waving election before the consequences of no-deal would be too obvious to the public.”