The Prime Minister was heckled on a trip to Bewdley in Worcestershire. 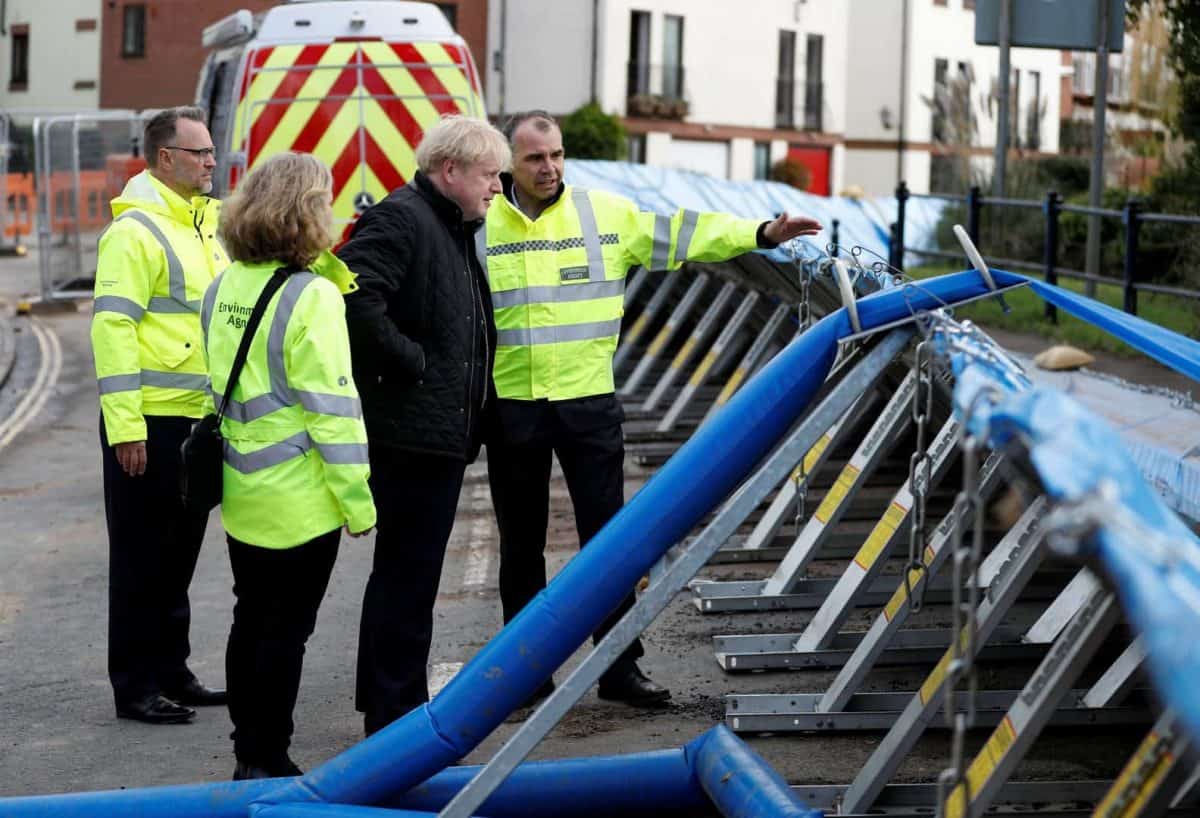 The Prime Minister was met with heckles as he arrived in Worcestershire to see efforts to tackle flooding.

Boris Johnson arrived on the banks of the River Severn in Bewdley on Sunday afternoon and was taken to view flood defences by Environment Agency staff.

Some onlookers shouted “traitor” at Mr Johnson, who has faced criticism for failing to visit flood-hit communities sooner.

He was greeted with heckles of “traitor” from the waiting public as he went to view the still erected flood barriers pic.twitter.com/CGJGuDiKoW

Bewdley has been among the worst-hit areas in England following the wettest February on record.

Mr Johnson said he would “get Bewdley done” as he spoke to residents affected by the floods.

He said he was “so sorry to hear it” when he heard homes had been overwhelmed by as much as 2ft of water.

The PM spoke to the Environment Agency and said they discussed “what permanent defences can we put in and what’s the business case”.

He added: “What we’re doing is we are doubling the funding for flood defences to £5.2 billion and we’re also going to be looking at all the things we can do upstream.”