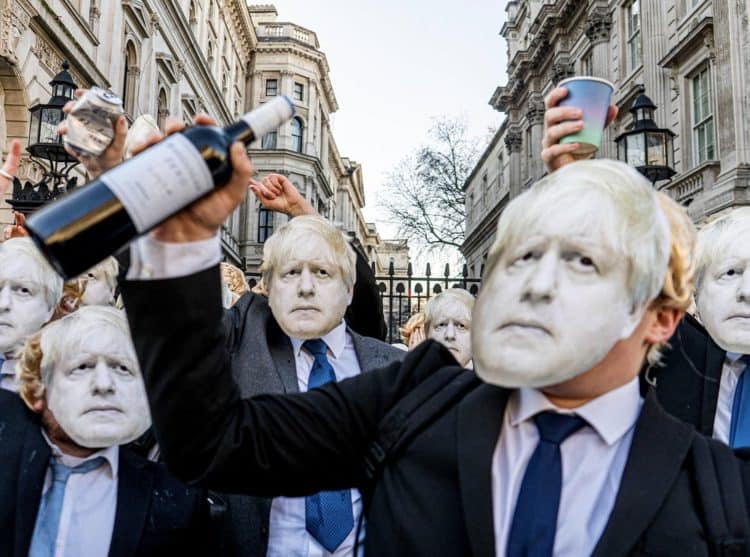 Labour has called Boris Johnson’s involvement in the Partygate saga “indefensible” as fresh allegations emerged about the prime minister’s conduct.

The Sunday Times said Johnson is expected to deliver a statement when MPs return to the Commons on Tuesday, where he will not deny wrongdoing but will point towards the wider context, including the war in Ukraine.

But the newspaper also revealed fresh claims that Johnson was not only present at a leaving do for his former press chief but that he led the celebrations.

It comes after Johnson, his wife Carrie, and Chancellor Rishi Sunak were all issued with – and paid – fines for attending a birthday bash held for the prime minister in June 2020.

The Sunday Times reported the prime minister’s official photographer had captured photographs of Johnson holding a beer at the gathering, and Sunak with a soft drink.

But Johnson is understood to have been present at at least six of the 12 events being investigated by the Metropolitan Police for breaking Covid rules, and is braced for more fines potentially to come.

One of those included in Operation Hillman is a leaving do for the former director of communications at No 10, Lee Cain, on November 13 2020.

A source suggested to the Sunday Times this had started as the press office having drinks to finish off the week, but turned into a party once the prime minister arrived, poured drinks and made a speech.

The newspaper said a No 10 source did not deny the characterisation of the gathering, but denied Johnson was the instigator.

The Sunday Mirror said No 10 had refused to answer questions about the birthday gathering submitted through a freedom of information request, because of national security reasons.

“If the latest reports are true, it would mean that not only did the prime minister attend parties, but he had a hand in instigating at least one of them. He has deliberately misled the British people at every turn.

“The prime minister has demeaned his office. The British people deserve better. While Labour has a plan for tackling the cost-of-living crisis, Tory MPs are too busy defending the indefensible actions of Boris Johnson.”