The Business Secretary admitted families this winter would have to choose between eating and heating their homes. 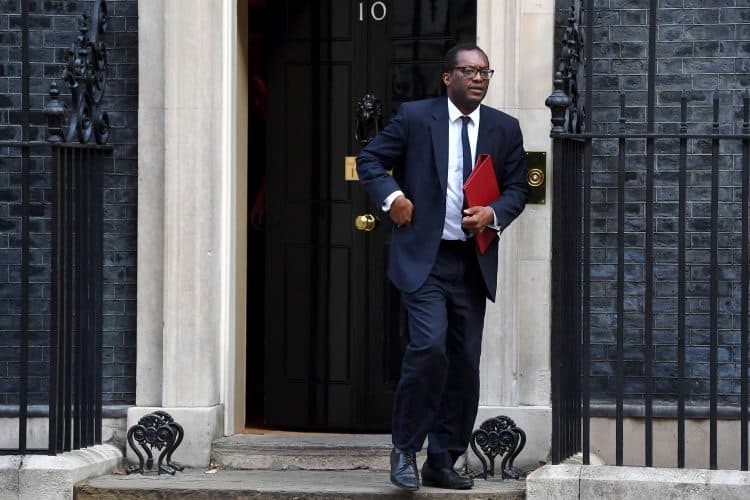 Hard-pressed families will face a “difficult winter” with rising energy bills and cuts to benefits, a Cabinet minister admitted.

Business Secretary Kwasi Kwarteng said the combination of rising gas prices and the looming £20 a week cut to Universal Credit was a “difficult situation” and he had spoken to Cabinet colleagues including Chancellor Rishi Sunak about the pressures facing households.

Kwarteng is grappling with a spike in global gas prices which has left energy companies struggling and had a knock-on effect on food supply.

Some 4.4 million households on Universal Credit are poised to see their energy bills rise significantly in October – the same month they will typically lose more than five per cent of disposable income as the £20-a-week uplift to the benefits payment ends – the Resolution Foundation think tank has calculated.

The energy price cap is set to rise by £139 a year (12%) to £1,277 for a typical gas and electricity customer from October 1 while the government’s “uplift” in Universal Credit, intended as a temporary measure during the coronavirus pandemic, ends on October 6.

The government and regulator Ofgem have agreed the price cap will remain in place despite concerns within the energy industry about the impact it will have on firms left unable to pass on costs to customers.

Pushed on the issue of Universal Credit, he told the BBC: “It’s a difficult situation, it could be a very difficult winter.

“That’s why, as energy minister, I’m very focused on helping people that are fuel poor.

“Universal Credit, you will know, is an issue for the Chancellor and the Work and Pensions Secretary, I’m speaking to them a great deal about it.”

But he admitted there would be families this winter who would have to choose between eating and heating their homes.

On Good Morning Britain, host Susanna Reid told Kwarteng that families would face “the choice between heating their homes and staying warm or eating, parents who may forego meals in order to feed their kids”.

She said: “You need to be able to offer them some hope.”

The Business Secretary replied: “You’re right, and that’s why I’m very keen to keep the warm home discount and also there are other winter fuel payments that we’re looking at.”

Asked whether he had requested that Sunak raise the warm home discount, he said: “We have discussions about the Budget, and you will see what happens in the Budget. I can’t possibly preempt or anticipate what will be in that Budget ahead of time, you’ll appreciate that.”

The rise in energy costs has led to a crisis in the food supply chain because of a shortage of carbon dioxide (CO2), produced as a by-product in fertiliser plants.

Kwarteng has held talks with fertiliser firm CF Industries, which has suspended operations because of the high cost of energy, leading to a national CO2 shortage.

The gas is used to stun animals prior to slaughter and also forms part of the protective packaging used to keep foods fresh.

Kwarteng said he hoped to have a “very clear plan” to get CO2 production back up and running this week.

He told Sky News he was “confident” of a resolution and “it’s pretty imminent”, adding the CO2 situation was “critical”.

Ian Wright, chief executive of the Food and Drink Federation, said shoppers may notice that products are missing from supermarket shelves “in about 10 days”.

He told BBC Radio 4’s Today the potential shortages of CO2 supply were “a real crisis” and said “the just-in-time system which underpins both supermarkets and the hospitality industry is under the most strain it has ever been in the 40 years it has been there”.

Wright said that poultry production will begin to erode very seriously by the end of this week, with the same being true of pig production and the making of bakery goods. Meat packaging is probably only about a week behind, he added.

While Kwarteng was positive about resolving the CO2 issue, he acknowledged the problems in the energy market could see more firms go to the wall.

“The second thing I’ve said is that I don’t think we should be throwing taxpayers’ money at companies which have been, let’s face it, badly run.”

He told Times Radio that “not every company” could expect a government bailout, but support could be available for larger firms.

Related: Minister refuses to bail out energy firms as up to 60 could go bust