A report in the Irish Times last night revealed that Britain’s declaration that trade talks were done “was met with bewilderment in Brussels, not least because a deal is closer than ever before”. 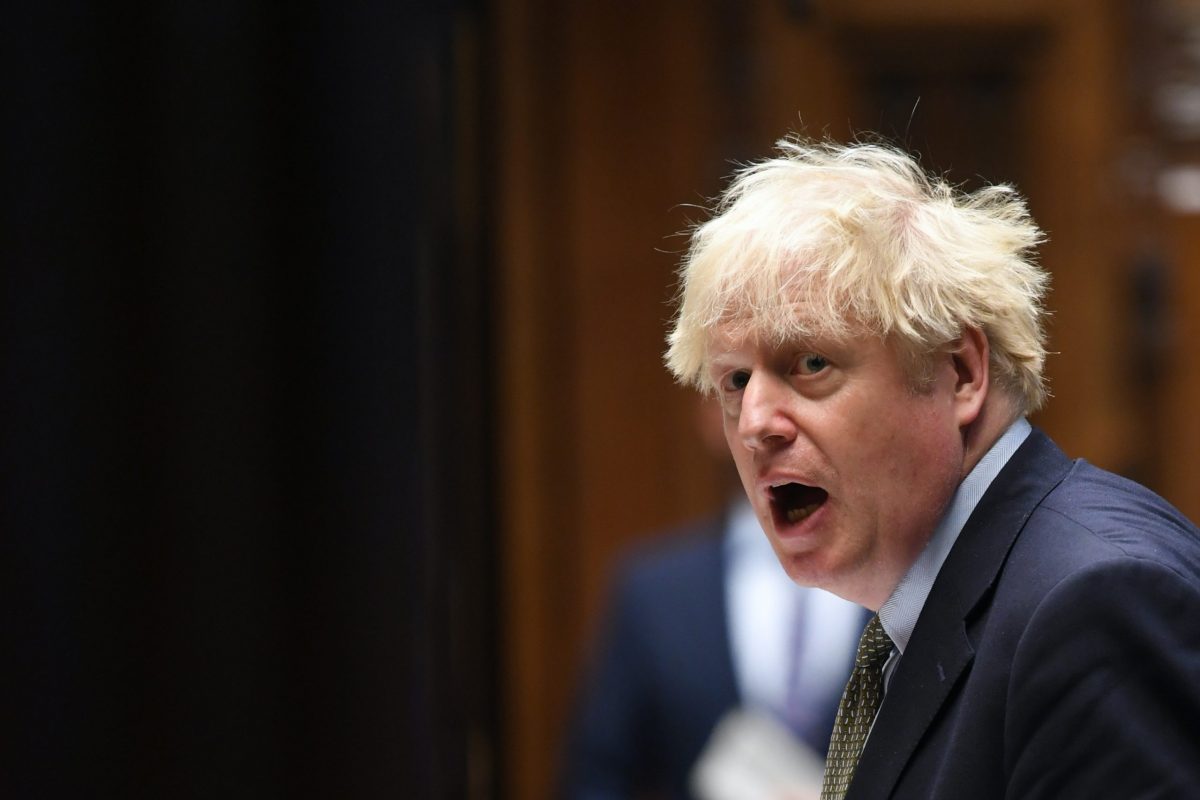 The UK’s chief Brexit negotiator has told counterpart Michel Barnier to stay at home and not bother coming to London for talks next weeks, as Boris Johnson’s No Deal sabre-rattling ramps up.

David Frost spoke with Barnier hours after the prime minister claimed that Brussels had “abandoned” the ambition of a free trade deal.

A Number 10 spokesman said: “Lord Frost has spoken to Michel Barnier to update the EU on the Prime Minister’s statement.

“Lord Frost said that, as the PM had made clear, the European Council’s conclusions yesterday had left us without a basis to continue the trade talks without a fundamental change in the EU’s approach to these negotiations.

“There was accordingly no basis for negotiations in London as of Monday. He and Michel Barnier agreed to talk again early next week.”

Reports in European newspapers suggest that a trade deal is closer than the UK is letting on. A report in the Irish Times last night revealed that Britain’s declaration that trade talks were done “was met with bewilderment in Brussels, not least because a deal is closer than ever before”.

The paper adds that French President Emmanuel Macron has conceded, for the first time, that his country’s fisherman would lose some access to British waters from 1 January.

“Beyond the rhetoric and the operatic displays in Downing Street, the two sides are closer on the substance than ever before and a deal remains the most likely outcome,” the paper concludes.

The Prime Minister on Friday accused European leaders of having “abandoned the idea of a free trade deal” and told the country to “get ready” for a no-deal outcome in the negotiations after his October 15 deadline for reaching an agreement passed.

European Commission president Ursula von der Leyen had responded to his media statement by vowing that the EU would carry on negotiating, suggesting talks next week in London would go ahead as planned.

“The trade talks are over. The EU have effectively ended them by saying that they do not want to change their negotiating position,” Johnson’s spokesman added.

Industry has reacted with alarm at the suggestion, warning of the damage to an economy already stricken by coronavirus if there was no deal by the end of the year.

CBI director-general Dame Carolyn Fairbairn said they could not afford to give up on negotiations and called on both sides to exercise “tenacity, common sense and compromise”.

“Neither side can afford to fall at the final fence. A deal is the only outcome that protects Covid-hit livelihoods at a time when every job in every country counts,” she said.

Society of Motor Manufacturers and Traders chief executive Mike Hawes warned it would have a “devastating impact” on the automotive sector, hitting jobs “in every region of Britain”.

There was also criticism from within the Union as Wales First Minister Mark Drakeford accused Mr Johnson of “gambling with British jobs and security” and called his position a “huge mistake”.

Related: Devolution under threat as Sturgeon left “depressed” by No Deal