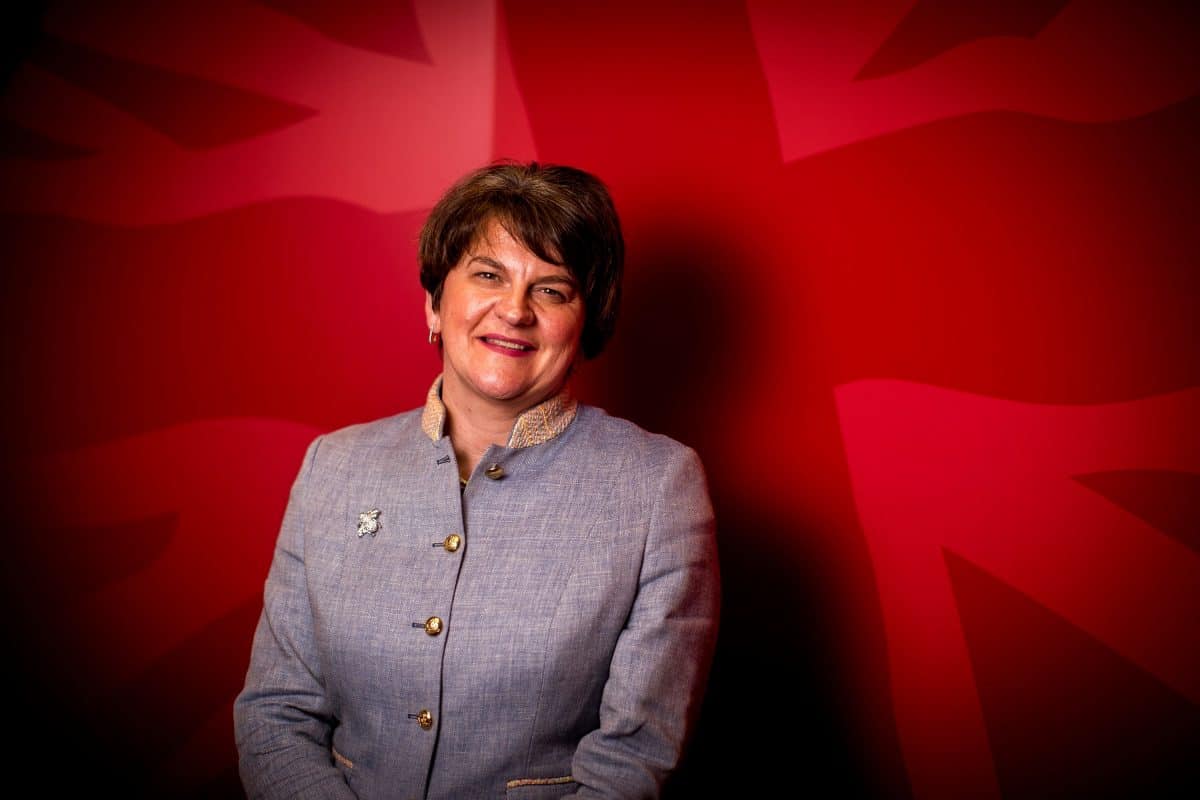 Northern Ireland’s First Minister Arlene Foster has said a border poll on a united Ireland would be “absolutely reckless”.

The Sunday Times commissioned a series of surveys across the four nations of the United Kingdom to gauge attitudes towards the union.

It found voters across the UK believe Scotland is likely to become independent within the next decade, but in Wales and England support for independence is low.

In Northern Ireland, it found 47 per cent want to remain in the UK, with 42 per cent in favour of a united Ireland and a significant proportion – 11 per cent – undecided.

Asked if they support a referendum on a united Ireland within the next five years, 51per cent said Yes compared to 44 per cent who are against the idea.

Speaking on Sky’s Sophy Ridge On Sunday programme, Ms Foster said: “We all know how divisive a border poll would be. For us in Northern Ireland, what we have to do is all come together to fight against Covid and not be distracted by what would be absolutely reckless at this time.”

But she said she is not against having a conversation about a poll. “It is not that I’m dead against it,” she said. “I can argue for the United Kingdom every day of the week because the arguments are rational, logical and they will win through.

Deputy First Minister Michelle O’Neill said there is an “unstoppable” conversation under way on the future of Northern Ireland.

The Sinn Fein politician tweeted: “Over 50 per cent of people here support a referendum on unity in the next five years. There is an unstoppable conversation under way on our constitutional future.

“It is time for the Irish Government to step up preparations. We can overcome the barriers of partition and build a new Ireland.”

But Ms Foster argued most people in Northern Ireland want politicians to “settle down” and deal with the pandemic, not discuss a border poll.

“We only came back into devolution after three years out of devolution in January last year and then we came into the pandemic in March,” she said.

“Therefore we need to get on with all of the things that matter to everybody in their everyday lives. That’s what I’m focused on and that’s what everyone should be focused on.”

Asked whether economically Northern Ireland is now as much part of the EU as the UK following Brexit, Ms Foster replied: “Absolutely not. Our biggest market so far is Great Britain and will continue to be Great Britain, both in terms of who we send our services to and who we receive our services from.

“There are of course difficulties with the protocol, difficulties which we warned about when it was envisioned and put through Parliament.

“We’re working with our Government to overcome those difficulties.”

Questioned on whether the DUP should have supported former prime minister Theresa May’s initial Brexit deal, Ms Foster said: “Absolutely not. Theresa May’s deal would have left us in the EU customs union and the single market forever.

“If you remember, attorney general Geoffrey Cox at that time said we would not have any escape route from any EU customs union or single market.

“People are having a bit of revisionism around Theresa May’s deal. They should revisit it and see what it meant for us in Northern Ireland and they’ll come to the conclusion that it certainly was not a better deal.”

Related: Most UK voters think Scotland will be independent within ten years