The ex-head of the government's Covid taskforce had a leaving party before Christmas 2020. 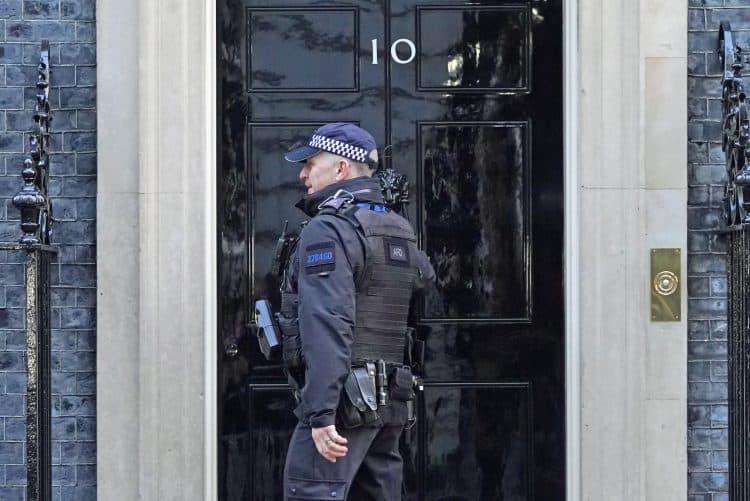 The ex-head of the government unit responsible for drawing up Covid restrictions held a “boozy” leaving party just days before Christmas 2020, it has emerged.

According to The Telegraph, “dozens” of officials from the Cabinet Office’s Covid-19 taskforce attended the event on 17 December 2020 while the country was under strict restrictions.

Those present allegedly gathered in the taskforce’s Whitehall office, where they drunk and held a party to mark the departure of Kate Josephs, the then director-general.

Simon Case, the Cabinet Secretary, was allegedly invited to the event – but the Cabinet Office said he “categorically” did not attend.

It took place on the same evening that Case’s staff held a gathering in the private office – and 24 hours before Downing Street staff held their own Christmas Party.

London had just entered tier three restrictions, with parties banned and people prohibited from mixing indoors with anyone outside their household bubble.

Josephs, who was awarded the Companion of the Order of the Bath in the Queen’s Birthday honours, left government the next day.

The event is now being investigated by Sue Gray, as part of her investigation into allegations of lockdown-busting parties – now totalling 14.

The latest revelations are especially damaging for Johnson because the taskforce is the central body responsible for organising the government’s pandemic response.

In a message posted on her social media, Josephs wrote: “Last day today, extremely hard to leave the incredible colleagues who make up the Covid taskforce, it has been an honour and a privilege to serve alongside them.”

It comes hours after Downing Street apologised to Buckingham Palace after it emerged parties were held in Number 10 the day before the Duke of Edinburgh’s funeral last year.

Two gatherings reportedly took place at Downing Street, with the Prime Minister’s former director of communications James Slack apologising for the “anger and hurt” one of the events – a leaving do held for him – had caused.

A spokesman for the prime minister confirmed No 10 has said sorry to the Palace.

The spokesman said: “It is deeply regrettable that this took place at a time of national mourning and No 10 has apologised to the Palace.

“You heard from the PM this week, he’s recognised No 10 should be held to the highest standards, and take responsibility for things we did not get right.”

The day after the events on April 16 2021, the Queen attended her husband Philip’s funeral wearing a face mask and socially distanced from her family at Windsor Castle, in line with Covid restrictions.

Related: Downing St apologises to Queen for partying while she mourned Philip