The Russian oligarch said he was handing "stewardship and care" of Chelsea to the club's trustees. 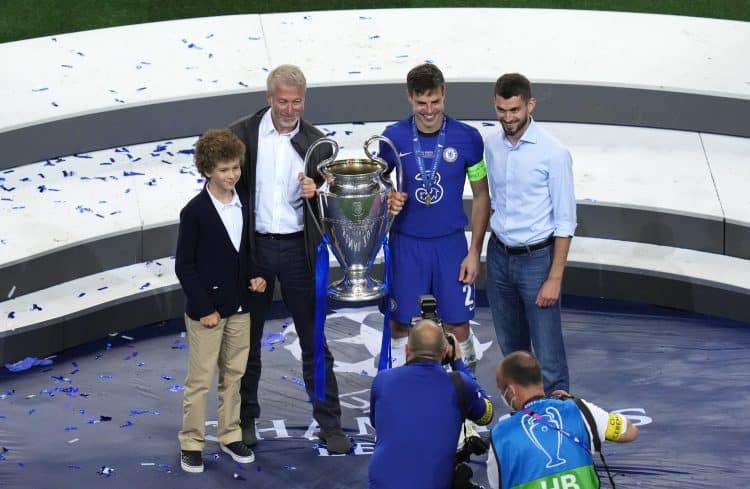 Roman Abramovich has passed stewardship of Chelsea to the trustees of the club’s charitable foundation.

The Russian oligarch, who bought the club in 2003, remains the owner – but has relinquished the running of Chelsea amid calls by MPs for him to be sanctioned following the invasion of Ukraine.

Provided he is not on the receiving end of sanctions, Abramovich can continue to fund the club. He has vehemently disputed reports alleging closeness to Vladimir Putin and the Kremlin – or that he has done anything to merit sanctions against him.

Chelsea are insistent that the club is not for sale, although Abramovich’s step back could attract interest from potential bidders.

The club – which takes on Liverpool in the Carabao Cup final on Sunday – will now be run by its charitable foundation, which is headed by chairman Bruce Buck. Other trustees include Emma Hayes, the Chelsea Women’s manager and Sebastian Coe, the president of World Athletics.

Football decisions – including transfers and contracts – will be the responsibility of the director Marina Granovskaia and the technical and performance director, Petr Cech. In practical terms, little is expected to change in the day-to-day running of the club.

The impact on Chelsea should Abramovich be sanctioned is unknown, nor is there any suggestion that he will call in the £1.5 billion worth of loans he has made to the club.

Abramovich said in a statement: “During my nearly 20-year ownership of Chelsea FC, I have always viewed my role as a custodian of the Club, whose job it is ensuring that we are as successful as we can be today, as well as build for the future, while also playing a positive role in our communities.

“I have always taken decisions with the Club’s best interest at heart. I remain committed to these values. That is why I am today giving trustees of Chelsea’s charitable Foundation the stewardship and care of Chelsea FC.

“I believe that currently they are in the best position to look after the interests of the Club, players, staff, and fans.”

The clamour to sanction Abramovich was made by Labour MP Chris Bryant on Thursday, who quoted a leaked Home Office document and suggested that the UK should seize the oligarch’s assets.

Bryant responded to Abramovich’s statement on Saturday night by tweeting: “Good. Now he can condemn the illegal invasion.”

Abramovich did not apply for a renewal of his UK work visa in 2018, leading to a period of time where he was rarely seen in London.

In October 2021, Abramovich visited Stamford Bridge for a Say No To Anti-Semitism event, in support of Chelsea’s long-running campaign against racism and hatred.

Abramovich then attended Stamford Bridge to watch Chelsea in action in the 1-1 draw with Manchester United in November, and was on hand in Abu Dhabi when the Blues won the Club World Cup final on February 12.

Abramovich bought Chelsea in 2003 and has help turn the Blues into one of Europe’s most successful club sides.

Chelsea have won 19 major titles since Abramovich took control of the west Londoners.