Another day another humiliation for Theresa May, this time from the Dutch PM. The Dutch PM, Mark Rutte, compared the struggling British PM to the knight from comedy classic film, Monty Phyton and the Holy Grail. The hapless knight is attacked and bits of him are sliced off, but continues to think he is winning […] 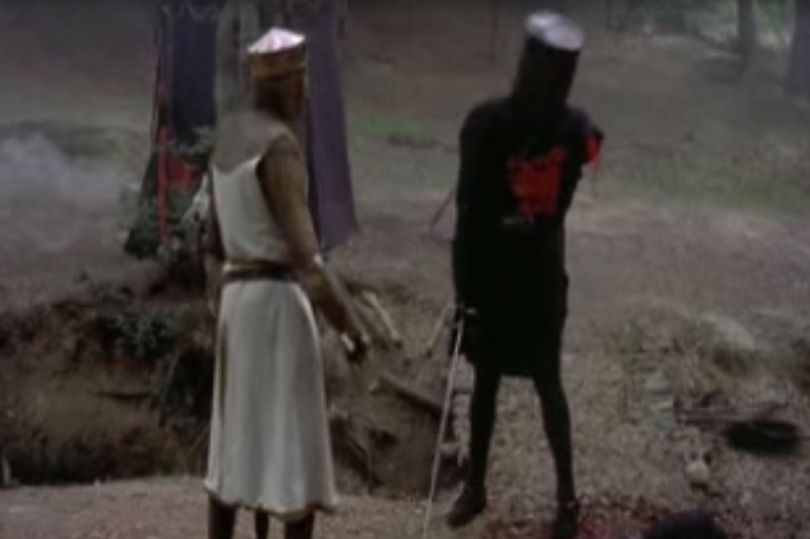 Another day another humiliation for Theresa May, this time from the Dutch PM.

The Dutch PM, Mark Rutte, compared the struggling British PM to the knight from comedy classic film, Monty Phyton and the Holy Grail.

The hapless knight is attacked and bits of him are sliced off, but continues to think he is winning the fight.

In the cult classic film, the character has all four of his limbs cut off but wants to keep on fighting telling his attacker that it’s a “flesh wound” and “I’ll bite your legs off!”.

The comments come after May still refuses to give up trying to pass her Brexit deal, even after two shocking defeats in the House of Commons.

According to a translation by Bloomberg, he compared her to the Black Knight from Monty Python and the Holy Grail.

Mr Rutte told Dutch TV: “I have a lot of respect for Theresa May.

“She reminds me occasionally of that Monty Python character where all his arms and legs are cut off and then says to his opponent: let’s call it a draw.”

He added: “This is the only deal on the table. And then they say, yes, but we don’t want it because we found hair in the soup. Yes – but what is it you want? They ask for a postponement. Yes – but for how long and what do you want it for?”

Mr Rutte also complained that the Labour Party and Tory European Research Group faction put party politics above “That faction within her own party; Labour, everyone is only concerned with party politics and who can win the next election,” he added. “There is a country currently at stake. A whole country with 75 million people. I can get very angry about it.”