Remember the ‘Special Relationship’? It’s one of those phrases that gets a certain kind of British politician bleary-eyed with nostalgia. It’s not as popular as it was during the Blair years, when it was continuously invoked to justify unpopular wars, but the hard Brexiteers are big promoters of the concept. Boris Johnson, well-known Atlanticist, has […] 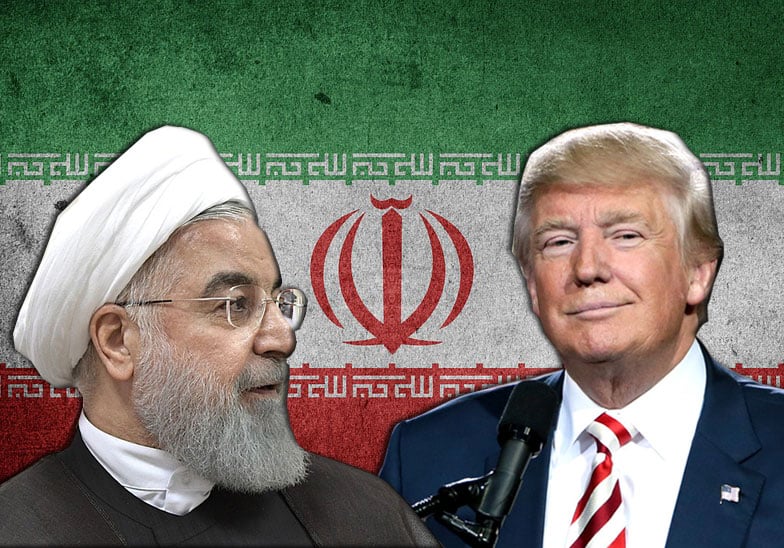 Remember the ‘Special Relationship’? It’s one of those phrases that gets a certain kind of British politician bleary-eyed with nostalgia. It’s not as popular as it was during the Blair years, when it was continuously invoked to justify unpopular wars, but the hard Brexiteers are big promoters of the concept.

Boris Johnson, well-known Atlanticist, has invoked it. Jacob Rees-Mogg, noted mangler of history, imagines that the British can be the Greeks to the Americans’ Romans (this terrible analogy doesn’t even have the merit of being original, like most of Rees-Mogg’s thinking). And of course, Nigel Farage, pensioner of the European parliament, wants to sell the NHS to those enterprising Americans, import their substandard agricultural produce and cleave ever closer to a president who doesn’t ‘do cover-ups’.

Ask an American, even a well-informed American politician, about the ‘Special Relationship’ and you might get lip service about a ‘key ally’, but more likely a blank stare. The US-UK relationship is one of unrequited love. Some British politicians desperately want to walk tall beside the world’s only remaining superpower. The superpower itself is indifferent.

This foolishness is usually harmless, even comic. But that wasn’t the case in 2003. Prime Minister Tony Blair led the UK into war in Iraq alongside the US because of the ‘Special Relationship’. We often forget now that the war was illegal and based on a lie, condemned by the United Nations. We often forget now that a British government helped to spread the lies that justified the war. We often forget that the close personal relationship between Blair and President George W. Bush was a major factor in the war. So was Blair’s naive Anglo-American world view.

All of which brings us to Iran. The Trump administration’s recent actions look an awful lot like the lead up to the invasion of Iraq. National Security Advisor John Bolton warned of unspecified threats from Iran, quickly contradicted by experts. Warships were despatched to the region; an extra 10,000 troops may follow. The president himself took to Twitter to threaten the genocidal destruction of the country. There is infighting in the administration, but the hawks seem to be winning. Trump, the punditry goes, doesn’t really want a war on his watch. But who seriously believes he couldn’t be goaded into it?

Iran is not Iraq. It has more than twice Iraq’s population, over 81 million people. It’s territory is roughly the size of western Europe. There’s no reason to believe its military will melt away as Saddam Hussein’s army did. A war in Iran could disrupt the flow of oil and cause global economic harm. And one more thing: the US isn’t prepared for a land invasion. There are only 600,000 active duty personnel – nowhere near enough. Even calling up the National Guard reserves still won’t cut it. Some military experts doubt the US even has enough ships and missiles for the task.

So where will these extra resources come from? Conscription has been bandied about, but it would take time and be deeply unpopular. No, if it comes to war, the US will seek help from its allies. Not its Middle Eastern allies, mind you. Saudi Arabia and Israel did not contribute troops to the invasion of Iraq, despite their significant military strengths and extremely close ties to the US. That ‘Special Relationship’ just hove into view.

Just like in 2003, the UK will be expected – and by diplomatic pressure, compelled – to join the US in another Middle Eastern war, on another flimsy pretext for another who knows how many years. And the Brexiteers want to make this even more likely.

Every time a Johnson or a Farage talks about ‘trading with the world’, they really mean the United States. When they complain about having Britain’s hands tied by the EU, they really mean it stops the UK from sharing America’s foreign policy. The looniest Brexiteers imagine a massive realignment in British trade, with the EU deliberately abandoned in favour of other (Read: US) markets.

The barely concealed desire to ditch its nearest neighbours for fellow Anglo-Saxons will lock the UK into an economic relationship it can’t control. And when the US can dictate economic terms, as it will soon be able to do if Britain crashes out of the EU, it won’t be long before it dictates political terms, too.

A real vassal state is a country that must contribute troops to whatever wars its suzerain chooses to fight, or face reprisal. As the American empire eyes Iran, a Britain, weaker and ever more dependent on American goodwill won’t be able to say no. Rees-Mogg should remember: the Romans conquered the Greeks and the glory of Greece never returned. Helping Rome slaughter Gauls was poor compensation.

Anderson ‘does a Nads’ as Twitter spat provokes celebrity response