If you’re looking for a demonstration of how Western society has decayed into an internet-fuelled rot then look no further than the viral social media trend that is paedophile hunting. With a warped sense of social responsibility that harks back to Medieval lynchings Britain’s streets are now home to vigilantes who are taking the law […] 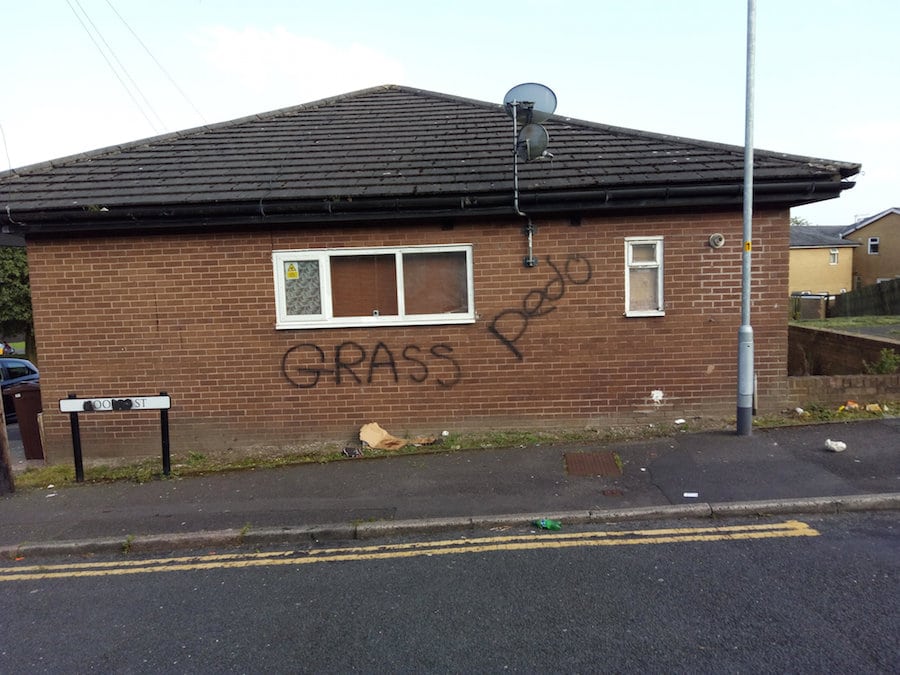 If you’re looking for a demonstration of how Western society has decayed into an internet-fuelled rot then look no further than the viral social media trend that is paedophile hunting.

With a warped sense of social responsibility that harks back to Medieval lynchings Britain’s streets are now home to vigilantes who are taking the law into their own hands in order to bring sex criminals to justice.

They lay out a trap, play the role of the bait and with the world watching they spring upon their prey in the hope that they can cause enough humiliation to cure their ills. It’s hatchet justice at its best, and it is proving an addictive watch on social platforms that feed on provocation and hate.

That sticking a camera in front of someone’s face and publicly shaming them is what we perceive to be justice in this day and age is a desperate state of affairs. But it is also a worryingly unreliable one too.

Yesterday paedophile hunters were forced to apologise after confronting the wrong man on a live social media feed. The group – who boasted about the arrest to their 26,000 Facebook followers – admitted they had got the wrong person and vowed to clear his name. But the live broadcast had already gone out, leaving some to point out that it is too little too late.

Speaking to The Mirror, Maggie Mannifield said: “You’ve ruined a life. You should be prosecuted”. And I for one agree. Not because they’re evil people, or even because their cause is wrong, but because it is an unreliable and unsafe form of justice.

Last year in Ireland a second innocent man was wrongly identified as convicted paedophile by hunters and needed protection from the police after a “vigilante mob” gathered and chased him into a nearby bar. The man, who suffers from mental health issues, had been hounded in and around the town, officers said, even though he was innocent.

The case of Bijan Ebrahimi, who was burned to death by vigilante neighbours who mistook him for paedophile, is another tragic mistake. He was beaten unconscious before being dragged into the street and set alight.

Of course there are many cases in which paedophile hunters have assisted the police, and they should be applauded for that, but the means in which they go about it, with little knowledge of their target, live video feeds and, in some cases, use of violence need to be seriously addressed.

Chris Hobbs, who served for 32 years in the Met Police, told The London Economic that the rise of paedophile hunters has come about solely because of a lack of police funding.

He said: “Whilst it clearly does get results it is fraught with peril in terms of vigilantes who may come from all sorts of backgrounds.

“If we had a police force the same size as that of France, then we would have the resources to proactively target these individuals who prey on the young.

“As it is, we are so stretched that in the Met we have response (blue light) officers also having to investigate crimes including believe it or not, ‘low level’ child abuse images.

“If the police can’t perform the tasks expected of them in respect of all crime, not just these despicable individuals who target children, we will see more and more vigilantes on our streets.”

Where children are concerned, gang violence in London is the other area which has been directly impacted by police cuts. As the aforementioned former officer points out here, budget trimming has almost certainly been a contributory factor in relation to the rise in violent crime in the capital, which has caused the deaths of countless number of teens so far this year.

While there are no vigilante groups to protect these poor children, the indications are that the violence actually derives from the same place. It boils down to people taking things into their own hands, being stoically protective and projecting the animosity on social media.

It goes to show that a society in which people feel compelled to act alone is a society that is one step away from anarchy. And the blame, once again, lies at the doorstep of our penny pinching government.