This morning’s Metro led with the news that British taxpayers footed a £1 million bill for the Daesh bomber who is suspected to have blown himself up in Iraq. Manchester-born Ronald Fiddler had been freed from Guantanamo in 2004 following a legal case that reportedly ran into the millions. On Sunday he drove an explosives-packed […] 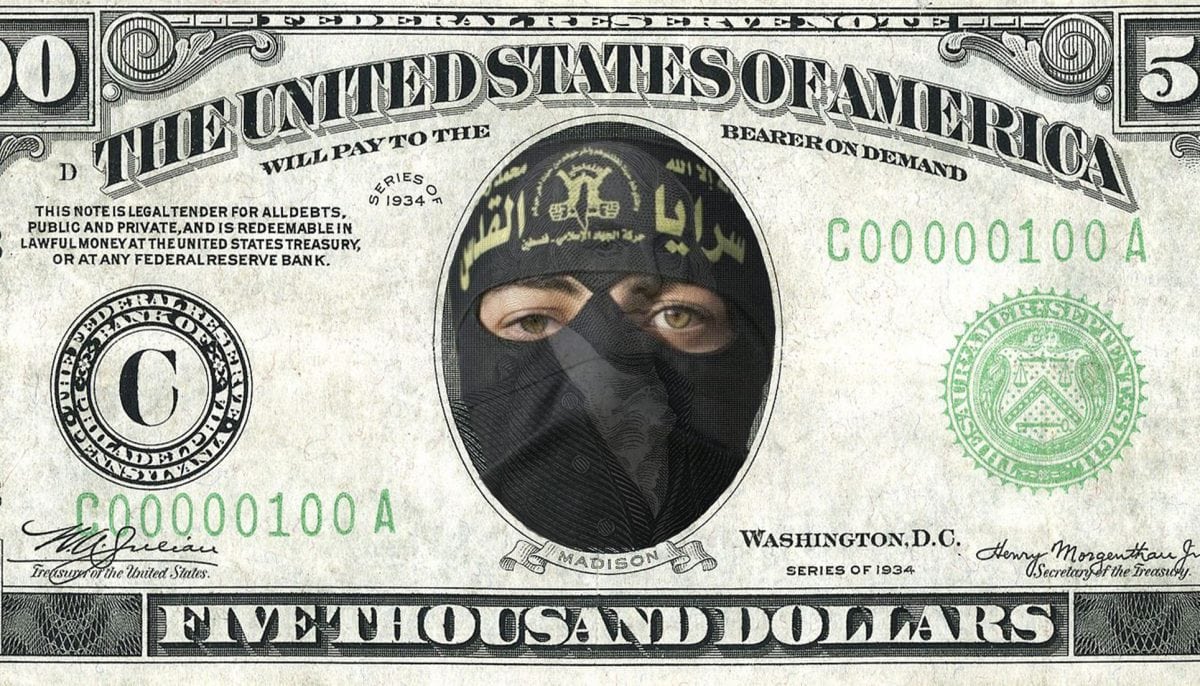 This morning’s Metro led with the news that British taxpayers footed a £1 million bill for the Daesh bomber who is suspected to have blown himself up in Iraq.

Manchester-born Ronald Fiddler had been freed from Guantanamo in 2004 following a legal case that reportedly ran into the millions. On Sunday he drove an explosives-packed 4×4 at an army Base near Mosul, killing and injuring a number of troops.

That it comes as a shock that confinement in a known torture prison lends itself to radicalisation is a big part of the problem here. Fiddler had accused the US of subjecting him to “cruel, inhumane treatment” in the Guantanamo detention centre, which could have included one or a range of interrogation techniques that include (according to The Justice Campaign) sexual assault, sleep deprivation, mock executions, isolation, the use of dogs to scare detainees and even watching other inmates being tortured.

These are the sorts of methods that Donald Trump not only condones but is potentially pushing for far worse. Speaking around this time last year at a Republican debate in Manchester, New Hampshire, he said he would “bring back a hell of a lot worse than waterboarding”, or simulated drowning, with other Republican candidates sympathising with the practice notoriously used under the Bush administration during “the war on terror”.

But here’s the rub; a war on terror leads to more terror. Although Tony Blair has refused to admit that without the Iraq war there would be no Islamic State (Isis), the years since have constantly proved that the link is there. Within six months of British troops landing in Iraq the SAS was sent to Baghdad’s western outskirts to attack jihadis who back then were no more than a mob of foreigners and Iraqis who fed off a broad Sunni discontent. As Martin Chulov noted in the Guardian, “that serendipitous vanguard not long afterwards organised into al-Qaida in Iraq, then the Islamic State of Iraq and, since mid-2013, Isis”. This is a group born simply from the acts of the West in the Middle East.

But terrorism is largely an individual act, so let’s talk about individuals. When Faisal Shahzad, the attempted Times Square bomber, was sentenced in 2010 he expressed the same sort of bewilderment shown by his sentencing judge when she expressed bafflement over how he could try to kill innocent people. He showed a sense of helplessness over Western violence that continuously kills innocent Muslims, saying: “The drone hits in Afghanistan and Iraq, they don’t see children, they don’t see anybody. They kill women, children, they kill everybody.” In Glenn Greenwald’s words, “if you spend years bombing, invading, occupying, and imposing tyranny on other people, some of them will want to bring violence back to you”.

After all, “there’s a reason the U.S. and NATO countries are the targets of this type of violence but South Korea, Brazil, and Mexico are not. Terrorists don’t place pieces of paper with the names of the world’s countries in a hat and then randomly pick one out and attack that one”. We have placed ourselves in the firing line and we need to get clever about our approach to future attacks if we are to have any chance of preventing them. A million pounds is nothing compared to the cost we have footed by funding the Islamic State.