It’s nothing short of mass manipulation in action, right before our eyes. Can somebody please tell me why UKIP should be literally all over the news, on every political TV and radio show, and splashed on every newspaper?!? They’re a fringe minority party with no representation in the commons; they no longer have a single […] 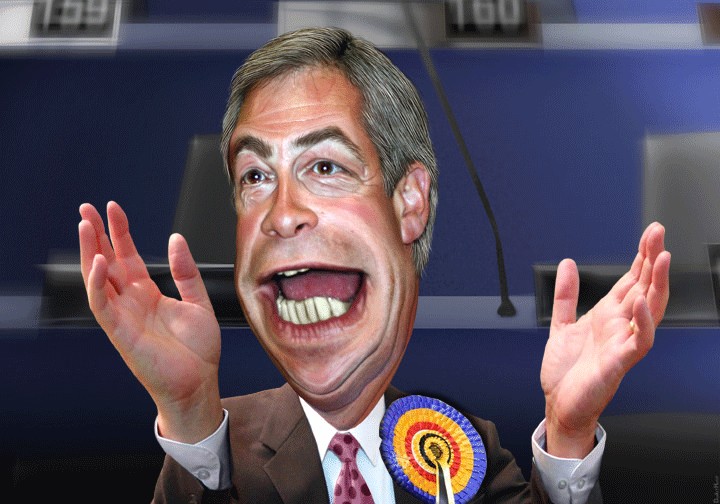 It’s nothing short of mass manipulation in action, right before our eyes.

Can somebody please tell me why UKIP should be literally all over the news, on every political TV and radio show, and splashed on every newspaper?!? They’re a fringe minority party with no representation in the commons; they no longer have a single seat in parliament. Ergo, they should be about as politically relevant as the Monster Raving Loony Party.

What about party membership? After all, its surging membership and ‘plebeian’ support that’s empowered Jeremy Corbyn more than anything in recent times, isn’t it?

Well no actually, that’s not the justification either. At last count, UKIP had only 39,000 members. The Liberal Democrats, by contrast (who just happen to be the only major party unanimously in favour of reversing epic national self-harm) have twelve MPs in parliament, and 102,000 members. Literally twelve times the influence and representation of UKIP in parliament, and roughly two and a half times the membership. Yet hell would freeze over before you’d see the Lib Dems receive as much exposure and headline attention, the prime-time slots on BBC politics shows etc. Why do you think that is, really? Ever get the feeling you’re being subliminally told what to think Britain, or being whipped into thinking a certain way?

The Tories have 149,800 members (only one and a half that of the Lib Dems). Labour have 552,000: so if membership was a guiding factor for scheduling, Labour would literally own the news. Even the Green Party have a MP in parliament and 55,500 members: more than UKIP. When was the last time you heard from them? Why should Caroline Lucas or Jonathan Bartley not receive similar attention?

The difference is of course, the Greens too are a staunchly pro-remain party. They are opposed to this coup d’état by this hard right-wing of the Conservative Party, and do not enjoy the same level of backing from financial fat-cats in bed with the Tories and UKIP. Their policies would benefit the overall populace, not those same fat-cat feudal overlords who also finance/own the TV shows and newspapers.

That is the reason, and it’s the only reason.

Look at the shiny shiny

Everybody’s so concerned today about unpleasant/divisive and ‘fake news’ on social media, not least the independent publications gaining ground, they’ve forgotten why such political activism sprung up in the first place: to combat dangerous propaganda and spin of the mainstream press.

Because it’s there, hiding in plain sight.

The very fact that organisations like the BBC are (or at least were) trusted implicitly and regarded as fair/balanced, is exactly what’s given them Carte blanche to misdirect swathes of people by subterfuge. As recent examples of UKIP’s unwarranted fanfare prove, the supposed ‘trusted’ news-pedlars are the ones quite literally setting the agenda: telling British people what priorities and concerns should occupy their minds. I can’t help but think if the Greens were given the same sort of platform and publicity, we might watch this country genuinely transform for the better. Alas, it will never never happen. Not while the ‘money men’ control the scheduling.

Like so much else in our society, monopolies need to be broken. Resources for reporting and investigative journalism need to be nationalised and brought back into the public interest. Not for them to languish as privatised entities solely for profit, driven by populism and sensationalism, and corporate interests alone.