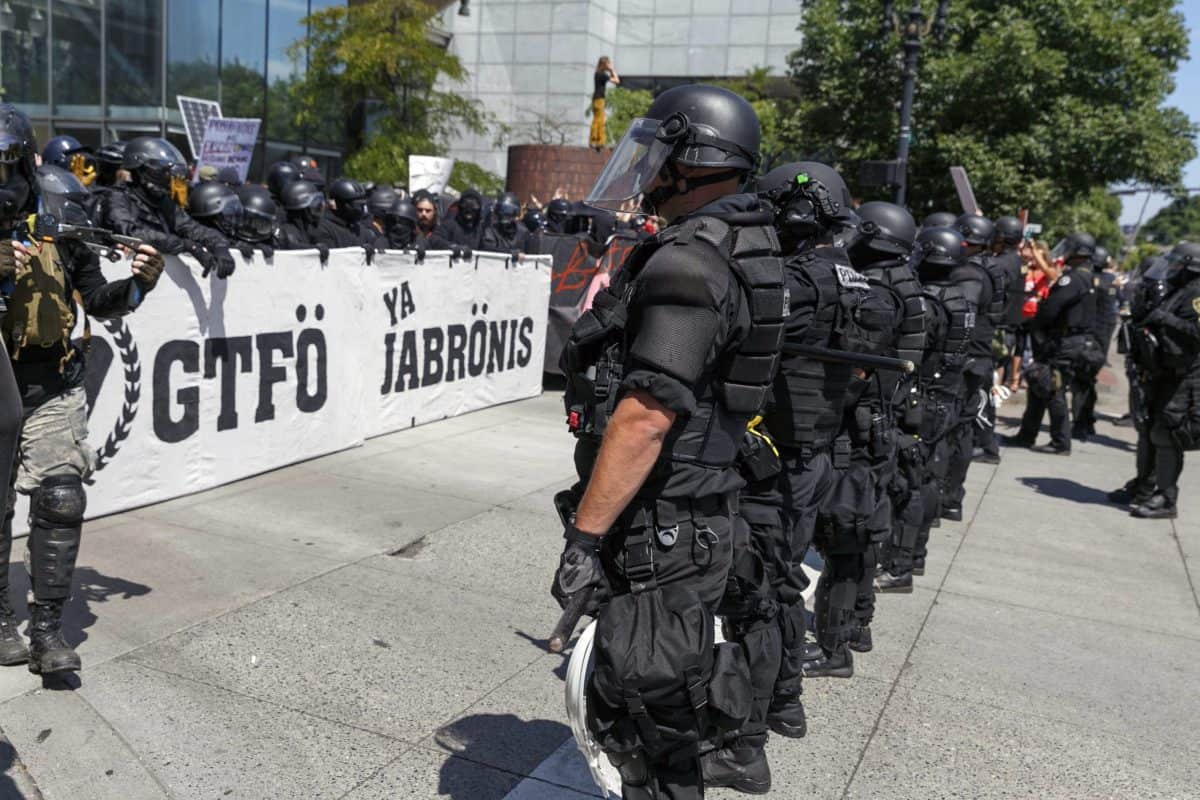 “If a city or state refuses to take the actions necessary to defend the life and property of their residents, then I will deploy the United States military and quickly solve the problem for them,” Donald Trump said on Monday.

Media reports suggest Trump may invoke the 1807 Insurrection Act to deploy federal troops to protest-addled states. Some journalists and governors have argued he can’t do this without receiving requests from state governments. However, that is unlikely to be true.

As NPR pointed out on Tuesday, the act states, among other things:

“Whenever the President considers that unlawful obstructions, combinations, or assemblages, or rebellion against the authority of the United States, make it impracticable to enforce the laws of the United States in any State by the ordinary course of judicial proceedings, he may call into Federal service such of the militia of any State, and use such of the armed forces, as he considers necessary to enforce those laws or to suppress the rebellion.”

“[A]nd use such of the armed forces, as he considers necessary to enforce those laws or to suppress the rebellion,” is the crucial passage here.

No way a rebellion

In the case of rebellion, the president has the power to use whatever military assets he thinks appropriate, with or without the support of the state government.

To be clear: the protests calling for justice for George Floyd are not a rebellion. There has been some violence, vandalism and looting – the exact origins of which are a matter of factual dispute. But it is in no way a rebellion or insurrection.

Except in the minds of the American right. The idea that Antifa has infiltrated the protests and is committing acts of domestic terrorism is laughable. No such organization formally exists, nor are the regrettable acts of violence anywhere close to terrorism. Yet it is now the position of President Donald Trump and his enablers in Congress and the media.

When President Trump says he supports peaceful protests, he’s lying. This is the man who stopped just short of calling football player Colin Kaepernick a traitor for kneeling during the national anthem.

When President Trump blames the violence on ‘Antifa terrorists’, he’s siginalling to his supporters that the protests are an existential threat to their way of life. He’s saying any legitimacy the demonstrations might have had is now gone.

When President Trump threatens to send the military into the states, he’s taking aim squarely at Democrat-led states. Yes, there have been disturbances in states run by Republicans. But there’s no question that Republican governors will welcome federal troops with open arms and thank Trump for the privilege. A party so mired in race-based partisanship and leader worship will be gleeful at soldiers suppressing protests.

It’s Democratic governors who have reason to worry. Minnesota, the epicentre of the George Floyd demonstrations, is led by Democrat Tim Walz. Minneapolis’ mayor Jacob Frey is a Democrat. Michigan and Illinois, where major protests have occurred, are also led by Trump’s partisan opponents. Not to mention the fact that African American communities are disproportionately Democratic.

“Thousands and thousands” of troops

We’ve already seen what Trump’s “thousands and thousands” of troops will mean. In Washington, D.C. peaceful protesters were teargassed and shot with rubber bullets so the president could walk to a church for a photo op.

Illinois Governor JB Pritzker said on Tuesday he would oppose the deployment of federal troops in court if necessary. There’s no guarantee he’d succeed. If the courts determine the Insurrection Act allows the president to send in the 101st Airborne, as a Republican senator suggested this week, nothing short of a military confrontation will stop him. And let’s not forget how successfully the president’s party has stacked the courts with pliant ideologues.

In 2015, conservative media erupted over a military exercise called Jade Helm. Fox News, among others, amplified a conspiracy theory that a typical U.S. military exercise was in fact an invasion of Texas and the imposition of martial law. Governor Gregg Abbott went so far as to order the Texas State Guard to monitor the operation – as if the local force would or could act against the might of the U.S. military.

Abbott is still in office but he’s been silent about Trump’s threat to send troops into states against governors’ wishes. Because his deep red state isn’t facing a potentially hostile occupation led by a president who’s accused Democrats of wanting to steal the election, destroy the economy and murder babies.

Is anybody listening to this? Does anybody notice just how dangerous this new escalation in Trump’s casual authoritarianism is? His supporters certainly notice. And they love it.