Frontrunners to succeed Theresa May have drawn battle lines over the most destructive way to exit the EU this week, with Domic Raab going as far as saying he may prorogue Parliament to ensure Britain leaves one way or another on October 31st. A nightmarish ‘no deal’ scenario on the spookiest day in the calendar […] 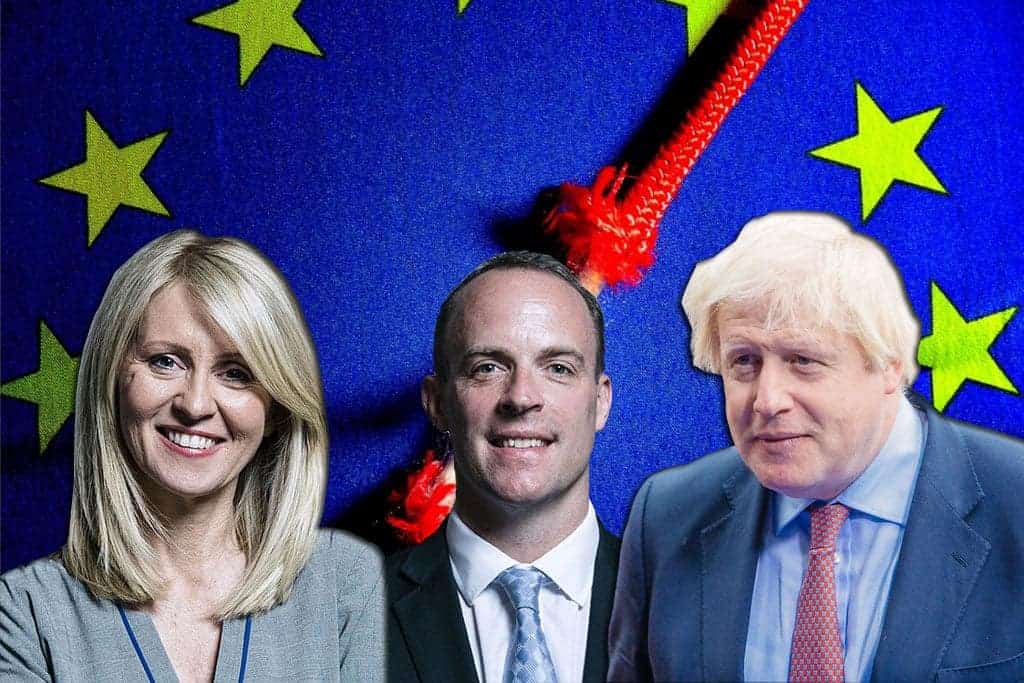 Frontrunners to succeed Theresa May have drawn battle lines over the most destructive way to exit the EU this week, with Domic Raab going as far as saying he may prorogue Parliament to ensure Britain leaves one way or another on October 31st.

A nightmarish ‘no deal’ scenario on the spookiest day in the calendar is becoming an increasing possibility based on the sentiment of the Tory hopefuls. All five of the leading candidates to take over from Mrs May have refused to rule out the scenario, with the contest increasingly becoming about how willing each of them are to take Britain down the most dangerous path.

Such willy waving machismo might have been acceptable in the past, but with the Brexit Party threatening to destroy the Conservatives there is newfound motive for candidates to put their party ahead of their country. The consequences of a no deal have been forgotten – this is about taking back control at whatever cost.

The evidence for which can already be seen. If the Conservative candidates cared about the cost of losing automotive jobs in Wales and manufacturing jobs elsewhere around the country they would take no deal off the table as a matter of principle. As it is they are promoting it, even turning steelier in their determination to exit on the harshest terms as export orders and construction figures fall in the background.

But present such realism to a party threatened by factions on the right and you find yourself, like Rory Stewart, wallowing in ninth spot in the leadership race behind Esther McVey who does not want to bother with renegotiating a deal and is instead calling for members to “embrace” a no-deal exit.

And therein lies the tragedy. In a debate fuelled by the preservation of democracy most Brits will find themselves at the hands of a leader that they will have no say in electing. They face the prospect of Bojo negotiating terms or McVey eschewing negotiations all together simply because Conservative MPs and members feel the threat of the far right creating a chasm in the party.

As I wrote here last month, nobody voted for no deal in the 2016 referendum. It was never on the ballot paper. But in a contest likely to be won by the candidate offering Brexit on the strictest terms that may be precisely what we get.