On 7 June, the UK Supreme Court will issue a ruling on Northern Ireland’s restrictive abortion laws. The Northern Ireland Human Rights Commission (NIHRC) has argued that the law criminalises ‘exceptionally vulnerable women.’ Abortion is illegal in Northern Ireland except where the woman’s life is at risk or there is a serious danger to mental […] 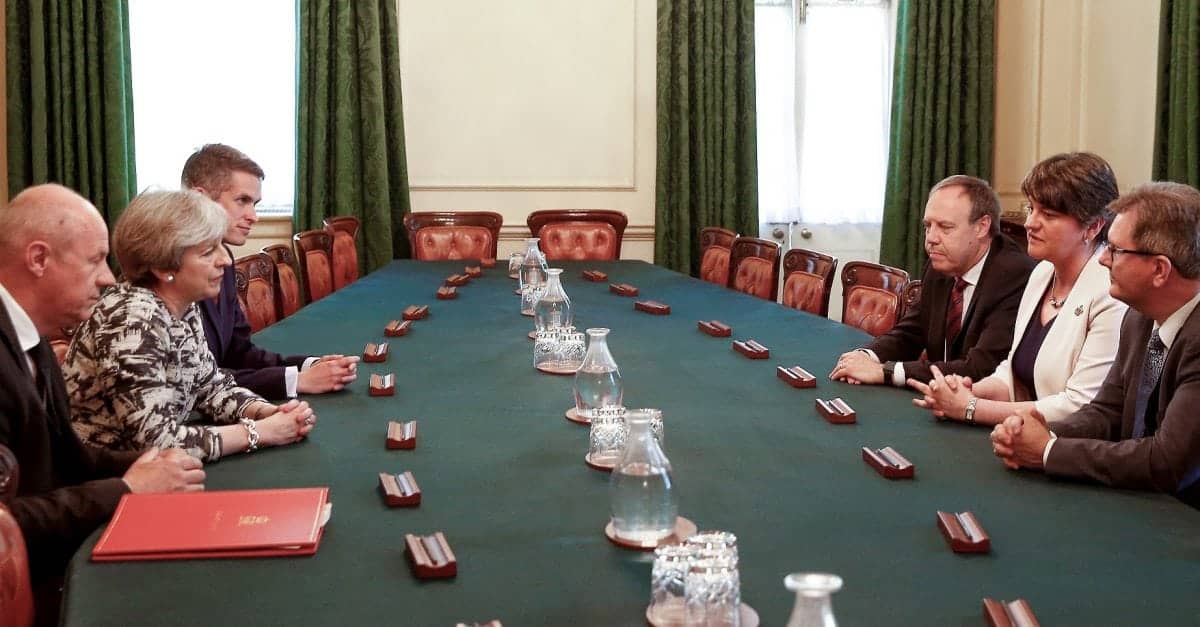 On 7 June, the UK Supreme Court will issue a ruling on Northern Ireland’s restrictive abortion laws. The Northern Ireland Human Rights Commission (NIHRC) has argued that the law criminalises ‘exceptionally vulnerable women.’ Abortion is illegal in Northern Ireland except where the woman’s life is at risk or there is a serious danger to mental or physical health. Illegal abortions can carry a life sentence. But the court is likely to decide that the issue is a matter for the devolved government at Stormont – a government that doesn’t currently exist.

The Republic of Ireland’s recent landslide repeal of its strict abortion ban has brought Northern Ireland’s situation into sharp focus. When the Irish government passes legislation later this year, Northern Ireland will become the only part of these islands where abortion is still illegal in most circumstances. It is also the only jurisdiction where same-sex marriage is banned.

Pressure is growing on Theresa May to change this. The House of Lords has passed a private members bill to extend equal marriage rights to Ulster. The bill was introduced by a conservative peer, Baron Hayward. A group of cross-party MPs has called for the 1967 Abortion Act to be amended to include Northern Ireland. Senior female Tories are reportedly in favour. An equal marriage demonstration in Belfast last year brought 20,000 people on to the streets, while pro-choice activists have already started campaigning.

Yet May is unlikely to take any action on these issues. May and her allies have responded to these legitimate demands for change with the same refrain: It’s a matter for Stormont. This is a mealy-mouthed response designed to distract from May’s political weakness. There has been no government at Stormont for 18 months. In that time, Theresa May has made an alliance with the Democratic Unionist Party (DUP) to prop up her minority government. The DUP has blocked every attempt to legislate for abortion and same-sex marriage at Stormont.

In 2015, the Stormont Assembly voted in favour of same-sex marriage by 53 votes to 51. But the DUP exercised a special power granted by the peace process: a petition of concern. This petition was designed to protect minority rights in post-conflict Northern Ireland. Many critics rightly pointed out that petitions of concern were meant to prevent discriminatory laws against Northern Ireland’s different religious groups, laws which were once part of everyday life. Using it to deny same-sex couples equal rights is an obvious abuse of power. The Conservative government stayed silent about this abuse of the peace process. Theresa May has turned silence into policy. May’s government depends on DUP support while it lumbers from one Brexit headache to the next. Any move to introduce abortion or same-sex marriage in the DUP’s backyard would see them abandon May as quickly as they jumped into bed with her. May can talk about the rights of the devolved executive all she wants, but she has done nothing to encourage a return to the negotiating table. This is grossly irresponsible inaction – May has allied her government to one community in Northern Ireland and she’s made no attempt to make them see sense. It’s increasingly clear that the DUP is happy with direct rule as long as Theresa May rules Northern Ireland on their terms.

But it’s not just the DUP May is afraid of. In recent years, the pro-life lobby in parliament has become bolder and louder. Just last year, this group tried to prevent NHS England from paying for abortions for Northern Irish women – a move in keeping with the DUP’s total opposition to abortion rights. Just like the Republic, Northern Ireland forces women to travel to England to access basic reproductive rights.

At least one prominent Tory wants to keep things this way. The Brexiteers’ favourite, Jacob Rees-Mogg, recently parrotted the line about Stormont’s right to decide, but no-one should be fooled about his attitude to abortion. Rees-Mogg is perhaps the most prominent opponent of abortion rights in the modern Conservative Party and his growing popularity among Tory grassroots has worried Theresa May. May herself has an ambivalent record on abortion. She frequently votes with the pro-life lobby or abstains from abortion votes. She also has a mixed record on LGBT rights. This is the voting record of an extremely cautious politician, not a culture warrior.

May’s refusal to intervene in Northern Ireland has little to do with deeply held beliefs about abortion and same-sex marriage and everything to do with political calculus. She’s afraid of losing the DUP’s support for her shaky government, she’s afraid of an attack from her right by more credible social conservatives like Rees-Mogg and she’s afraid of admitting Stormont’s genuine problems. As long as Theresa May is too cowardly to defend women’s and LGBT rights, Northern Ireland will remain in the dark ages.