Conservative MPs are set to meet at Chequers this Friday to discuss crucial Brexit details. According to Robert Peston Theresa May is planning to deliver a soft Brexit in order to maintain access to the customs union. This includes a rehash of the new customs partnership, continuing with European standards and law and offering preferential rights to EU […] 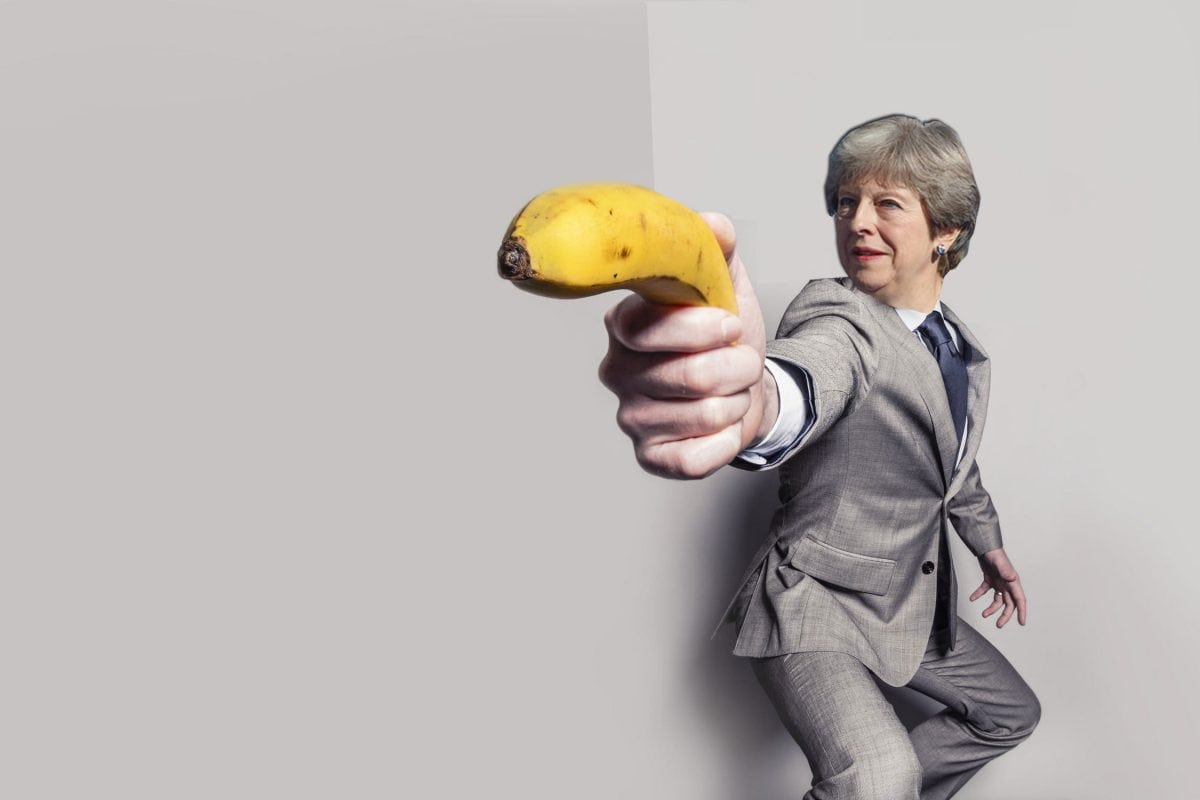 Conservative MPs are set to meet at Chequers this Friday to discuss crucial Brexit details.

According to Robert Peston Theresa May is planning to deliver a soft Brexit in order to maintain access to the customs union.

This includes a rehash of the new customs partnership, continuing with European standards and law and offering preferential rights to EU citizens to live and work in the UK.

It sets the groundwork for a future commercial arrangement with the EU that “is not as deep and intimate as Norway’s, but is not a million miles from Switzerland’s”, Peston notes, before addressing the elephant in the room – That this isn’t the deal the Brexiters were looking for.

Following an outcry from Jacob Rees-Mogg earlier this week divisions in the Conservative Party are starting to show.

Those who sit in the “true” Brexit camp, like David Davis, Boris Johnson, Liam Fox and Michael Gove could spit out their dummies if talks don’t go their way on Friday, perhaps even threaten resignation and launch a coup to oust the Prime Minister.

May will claim that this is the only deal that stands even the faintest chance of being agreed in Brussels, which as Peston notes, “carries a momentous implication – namely that if they reject her vision of Brexit, the default option of exiting the EU without a deal would become the sole option”.

In his words: “Although many True Brexiters would say “hip hip for that”, if a no-deal Brexit were to become the only game in town, there would be a revolt of MPs and Lords against the executive, against the PM and her government.

“Parliament would – almost certainly – reject exiting the EU without a deal and could, probably would, vote for the UK to join the European Economic Area and remain in the EU’s single market.

“That would, for most True Brexiters, turn the UK into what they call a “vassal state”.

“So come Friday, Johnson, Davis, Fox and Gove face an agonising choice: agree to a Brexit plan from May which will stick in their craws like a rotting mackerel head; or reject it and take the risk that what follows is almost their worst nightmare, not a clean no-deal Brexit, but the detested “Brino”, or Brexit in name only”.

Whatever the outcome, it looks like a split is on the cards for Theresa May and her embattled Conservative Party.