School leaders branded the funding “pitiful” and claimed it amounted to just £50 extra per pupil. A joke even Chandler wouldn't bother with. 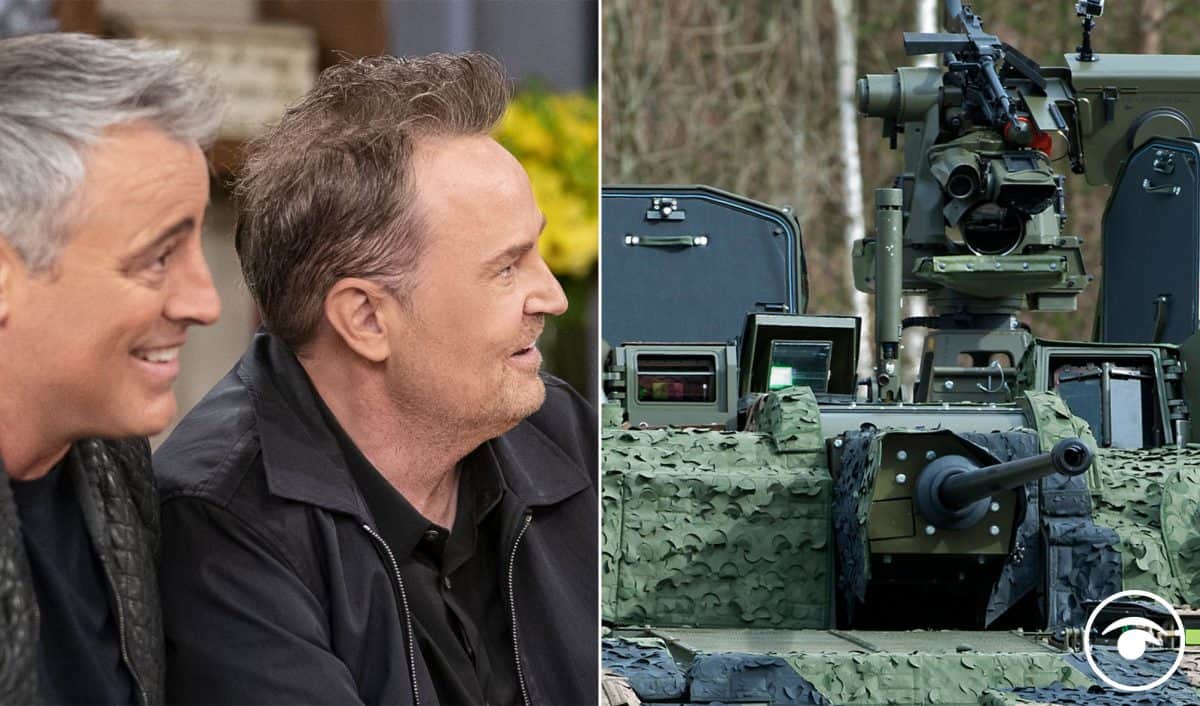 It was the Friends reunion show recently.

Swollen, white people, looking very outdated…but enough about the Government, and don’t get me started on the sitcom cast.

Which is also the sound might associate with a tank firing as it goes into battle.

Well you could be waiting a while for that.

It comes as the Army paused trials of £3.47bn fleet of armoured fighting vehicles over speed and safety concerns.

Also this week the Government has been slammed after it announced an additional £1.4bn would go towards helping pupils recover from the impact of the Covid-19 pandemic on their education.

The Education Policy Institute (EPI) has said this is “a fraction of the level of funding required to reverse learning loss seen by pupils” since March last year.

But let’s turn our guns back to the tanks for a moment.

They are unable to travel safely faster than 20mph when they are supposed to go up to 40mph.

But that isn’t all, other issues are inability to fire cannons on the move, according to The Daily Telegraph.

Excessive vibrations in the tanks meant that crews were limited to 90 minutes inside them at a time.

The report, due to be published next month, also says the tanks cannot reverse over obstacles more than 20cm.

It also claims that personnel must wear noise-cancelling headphones when operating the tanks and have to undergo ear tests afterwards, and risk tinnitus.

The funding level promised led to Sir Kevan Collins, the coronavirus catch-up tsar, was so low he resigned over the issue, saying the funding “falls far short of what is needed” and criticising a “half-hearted approach” that “risks failing hundreds of thousands of pupils.”

He had reportedly called for £15bn of funding and 100 extra hours of teaching per pupil.

The package will see schools get an extra £1.4bn over three years in addition to the £1.7bn already announced. It will include £1bn for 100 million hours of tutoring and £250m for teacher training and development.

School leaders branded the funding “pitiful” and claimed it amounted to just £50 extra per pupil.

This compares with an equivalent total funding of £1,600 per pupil set aside in the US and £2,500 per pupil in the Netherlands over the same period.

It’s a joke that even Chandler wouldn’t take on.