Sadiq Khan has faced a backlash from Brexiteers who accused him of ‘politicising’ London’s New Year’s fireworks display after the London Eye was lit up to look like an EU flag. As over 100,000 revellers watched the capital’s New Year’s Eve firework celebrations the London Mayor said the theme was “London is open” as the phrase […] 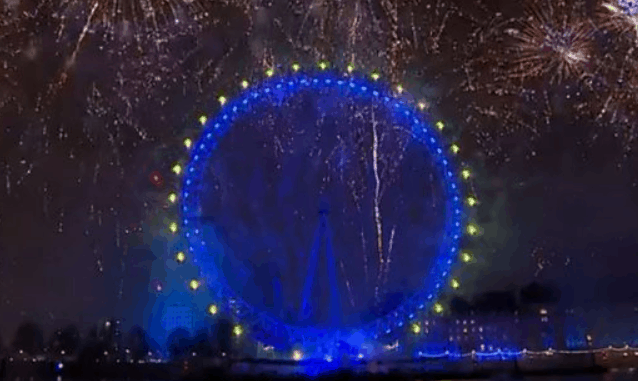 Sadiq Khan has faced a backlash from Brexiteers who accused him of ‘politicising’ London’s New Year’s fireworks display after the London Eye was lit up to look like an EU flag.

As over 100,000 revellers watched the capital’s New Year’s Eve firework celebrations the London Mayor said the theme was “London is open” as the phrase was uttered in different European languages.

He said it should “send a message of support to more than one million EU citizens who call London their home” and that “London is open for business”, but his warm sentiments were lost on many people.

Tory MP Andrew Bridgen told the Sun that “it’s low to politicise what is an international public event”, adding that “it’s a betrayal of democracy”.

Another Brexit supporter wrote: “Am I the only person watching the London fireworks and feeling appalled at the way the fireworks have been hijacked by Khan and the remainer camp, disgusting use of public money! He’s basically just shoved it in the faces of 17.4million people across the UK. How about we have a fireworks display to celebrate the UK!”

But far from politicising the New Year’s Eve fireworks, Khan should be praised for offering a much-needed expression of empathy to European citizens living in the capital.

French migrant Alexandrine Kántor posted a heartfelt message on Twitter, saying she found it hard to celebrate the start of the New Year.

She said: “I celebrated (the New Year) with some of my bf’s UK friends, all cheerfully embracing the new year as some are getting married or having babies.

“As the only EU citizen, I had my eyes wet as it will be Brexit year.

“But what hurt the most was the apathy they showed.

“While they were so happy of the thought of 2019, my thought was that in 3 months I’ll have to pay to stay for the Settled Status with an “unresolved/refused” rate of 20% to the “straightforward” question if we’re been living in the UK or not.

“No one had a special hug for me.

“When I cheered Sadiq Khan’s #LondonIsOpen message during the fireworks the answer I got was “oh for fuck’s sake, bloody Brexit again”.

“A month ago, one of those friend joked about unfriending me on Facebook as he was sick of Brexit.

“So I would like again to thank Sadiq Khan for the warm message #LondonIsOpen the fireworks transported, because bloody hell, the last night of 2018 and the first hours of 2019, I never felt so alone and never regretted so much to have made the UK my home”.