Education is in crisis. The government don’t want you to know this, just in case you start to doubt that we have a ‘strong and stable’ country. The government has slashed funding for the education of the masses. It doesn’t take someone who’s just aced their Year 6 Maths SATs to realise that more kids […] 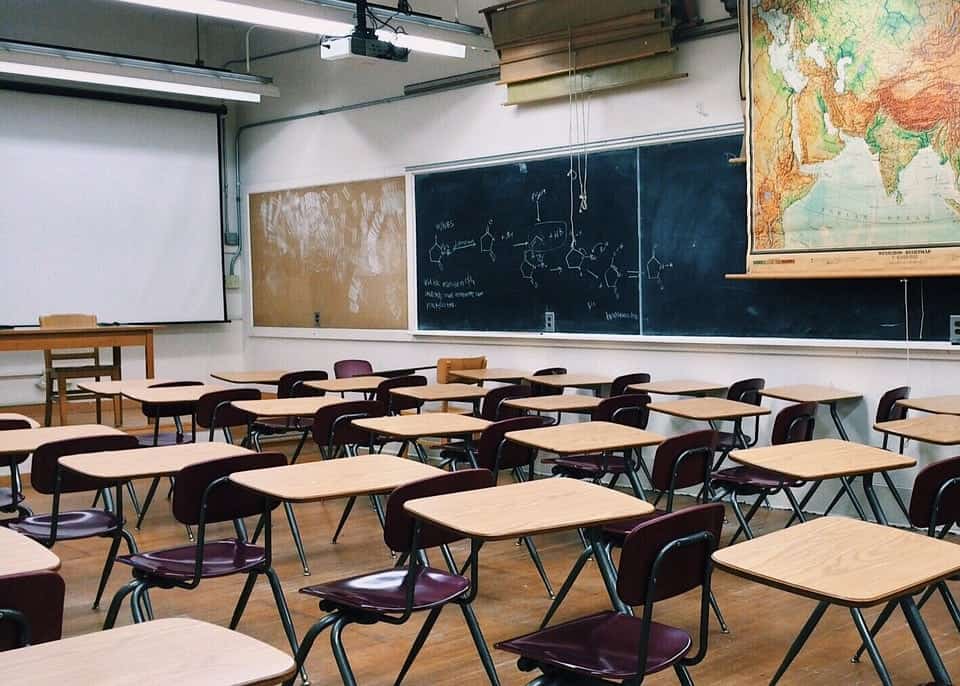 Education is in crisis. The government don’t want you to know this, just in case you start to doubt that we have a ‘strong and stable’ country.

The government has slashed funding for the education of the masses. It doesn’t take someone who’s just aced their Year 6 Maths SATs to realise that more kids due to increasing population = more staff to pay to teach, support and equip these children. Add to that routine inflation each year and the idea of slashing funding even further is even more ludicrous.

With so many schools now academies, they are treated as businesses, with full audits, the works. Schools are not allowed to predict a deficit budget, yet with cuts in place already schools are now using up the last reserves that even the most frugal schools had kept back. Next year will be interesting.

The need for even more belt-tightening in schools will mean several things. Firstly, bigger classes; secondly, an increase in the use of cover supervisors and non-qualified teachers teaching classes full time – and in my experience, only once have I ever seen parents notified about this. While many cover supervisors are superb and worth my weight in gold, there will be many who would be uncomfortable with the added weight of responsibility (while not receiving the full teacher’s wage for doing a teacher’s job, of course).

Thirdly, an increase in the exodus of good, experienced teachers who have seen the profession they love trampled on for years, and who have seen their own health and relationships suffer until they decide enough is enough. The recruitment crisis has been well documented. The government spends millions of pounds recruiting from overseas because it fails to reach its targets in its own training schemes. Having experienced truly lamentable standards of lecturing in teacher training courses myself, I am not surprised; the ones I had were, with one exception, utterly uninspiring. The adage of “Those that can’t teach, teach teachers” was apt indeed. Luckily, I was in a fantastic school for my training which was far more rewarding and instructive than the lecturing folk running down the clock till retirement so they don’t get a break in service for the county spoiling their pension.

Schools face a choice with cutbacks: equipment or people. They will either have to reduce the supplies they can buy (CUE VOLUNTARY PARENT CONTRIBUTION KLAXON SOUNDING) or reduce staff. These will often be the support staff who enhance children’s learning, creating magical displays, and often keeping teachers sane in an insane system. My assistant kept me from walking out and not looking back on at least 3 occasions at my previous school. Experienced staff who leave will not be replaced. Cracks will be papered over and ‘make do and mend’ will replace the various platitudes schools usually have as their motto.

Still, the people who inflict these cutbacks, thus short-changing the next generation – kids who will need to be on the ball to drag the country back from its bankrupt abyss the government has led us to– will be above such concerns, as all their kids will go to private schools. All animals are equal but some are more equal than others. Orwell knew a thing or two.

Read “Secret Teacher – Back To School! We Have A Purpose Again!” Click Here