Yemen Country Director Giorgio Trombatore recently completed his first year managing the International Medical Corps team in Yemen. Based in Sana’a, he is responsible for a country team of more than 150 staff members and for programmes in Aden, Taizz and Sana’a – funded by the European Union – that provide humanitarian assistance to those […] 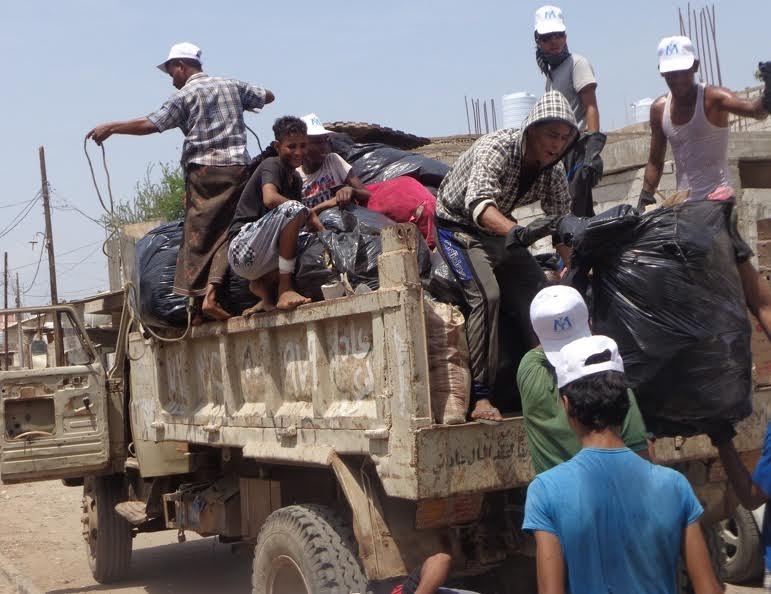 Yemen Country Director Giorgio Trombatore recently completed his first year managing the International Medical Corps team in Yemen. Based in Sana’a, he is responsible for a country team of more than 150 staff members and for programmes in Aden, Taizz and Sana’a – funded by the European Union – that provide humanitarian assistance to those in need. These are his reflections of the challenges he has faced to direct International Medical efforts to support tens of thousands of civilians caught up in a civil war that seems to have no visible end in sight.

Following months of relative quiet, the bombing has resumed in and around Sana’a.

17 months after it first began, the war in Yemen is far from over.

When I first arrived here a year ago, it was common to have the night disturbed by buildings shaking from bombs being dropped all around us.

I have lived among conflict before, and it is sometimes easy to forget the context of your daily life. The brain seems able to adapt even to the most unpleasant situations. Explosions become like old wallpaper or background noise – an overlooked ever constant. 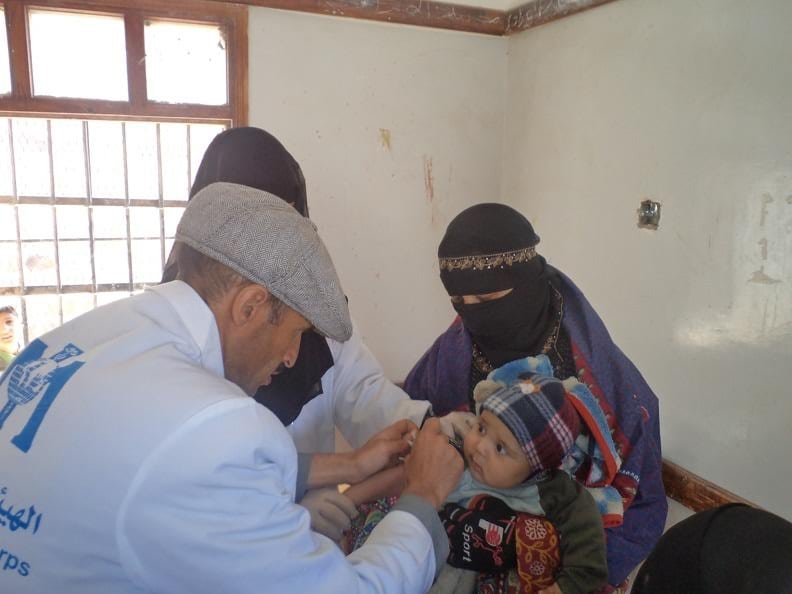 I’m here to lead on projects which are funded by the European Union, and when I travel to a meeting I know I will see destroyed buildings and pass through check-points manned by armed young soldiers barely into their teens. I’m no longer concerned when the frontline gets closer to Sana’a, no longer shocked by air strikes or ground operations across the country.

Often everything is so strangely quiet. When the weekend comes, this place is especially noiseless. Only the hum from our generator breaks the peace of the Fajatan suburb. When I look over the rooftops to the town below, I see kids playing in the streets and cats searching for food in the debris.

On my routine visit to the central prison of Sana’a I found myself thinking about what it is like living in a country at war – where events unfold by the hour but lives feel almost brought to a halt. 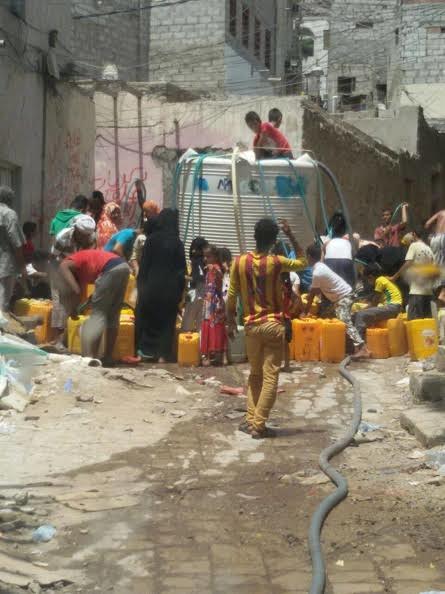 Once inside the main gates, in the area where prisoners affected with mental illness were gathered, I noticed it was full of prisoners of war from the south. They were standing in the open, not in typical cells – many just idling, others sitting bored, others smoking. They all seemed to be waiting for something to happen. Each gave me the impression of restlessness, the impression of people whose lives were paused.

It was the same in Rwanda in 1995 – prisoners there waiting at a full stop until the authorities decided what to do with them, where to hide the difficult human illustration of the cost of ongoing conflict.

I struggle to understand the political situation even after a year here. For those not living within the borders, it must be impenetrable. That may explain how, in this day and age, Yemen’s third largest city – a city larger than Bradford and twice the size of Verona – can simply be cut off from the world. Taizz has been walled up for more than a year, and it has been impossible for us to get to the people there with food, medication or other humanitarian assistance. 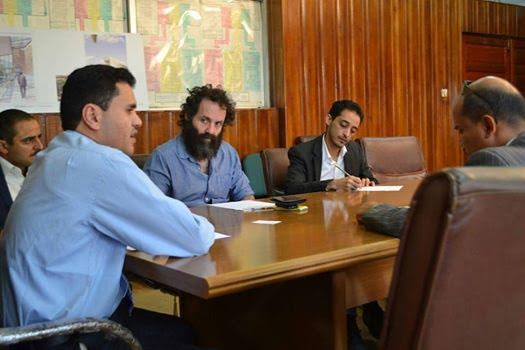 The closest I managed to get to it was earlier this year, when I reached the de-facto wall made of sand-bags separating it from the surrounding areas. The formidable barrier was bordered on one side by restaurants, taxis, markets – the bustle of busy streets, on the other there was nothing. Silence—a city, alone, seemingly forgotten, abandoned to its fate.

One of my roles as a Country Director is to provide guidance for my team of locally recruited humanitarians and make sure we stay focused. How do they view a long war that goes largely unnoticed in the West?

Certainly none want it to continue. They are concerned about their futures, and those of their children. They follow the developments around the Kuwait peace talks, but they do not put much hope in them. They seem prepared for their lives to remain a grinding battle for survival, where even buying a gas bottle for their kitchen becomes a massive endeavour.

They seem prepared for more air strikes and suicide bomb attacks, but most of all they seem resigned to the sense of isolation that is so strong in this country.

What is truly exceptional is that Yemen remains a land of smiling and beautiful people. 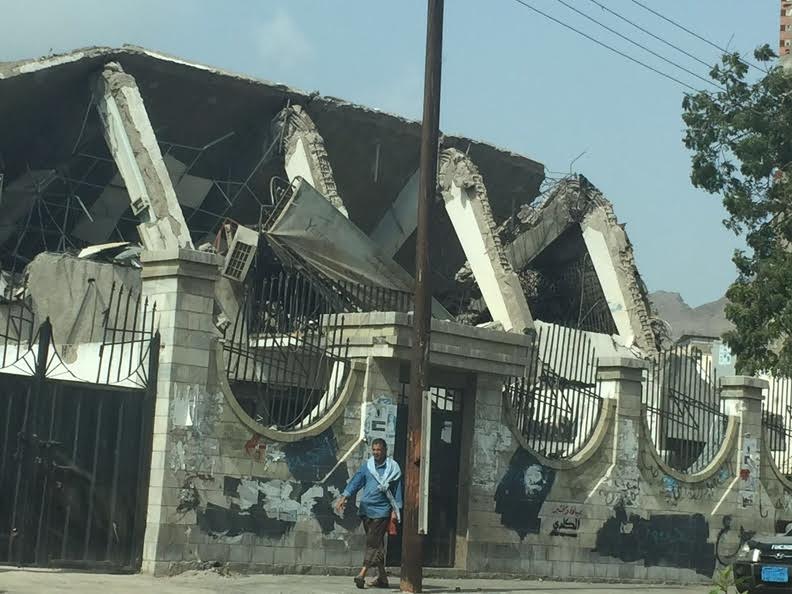 I have never faced any true anger or hate toward me – only hospitality and smiles. People seem to love life here in a way I never experienced at home in Italy. Sana’a is starved of colour, everything is debris and plastic and paper flap in the wind everywhere, but when I sit with talented young artists here I enjoy seeing a different reality through their perspectives and senses.

I wish there was greater international understanding about what’s going on in Yemen. At one time Taizz would have been just a name on a map to me, much as it is for so many who live outside the region today.

But not for me now.

Now I am part of this, I eat with these people, I see them struggling and I cannot help but sympathise with their plight. It is human. It is natural to feel that way. After all, it is a very human reaction to adapt to the realities in which you live.

For more information on the International Medical Corps click here