Can anyone doubt that homophobia and male chauvinism will be weaponised against a Buttigieg candidacy? 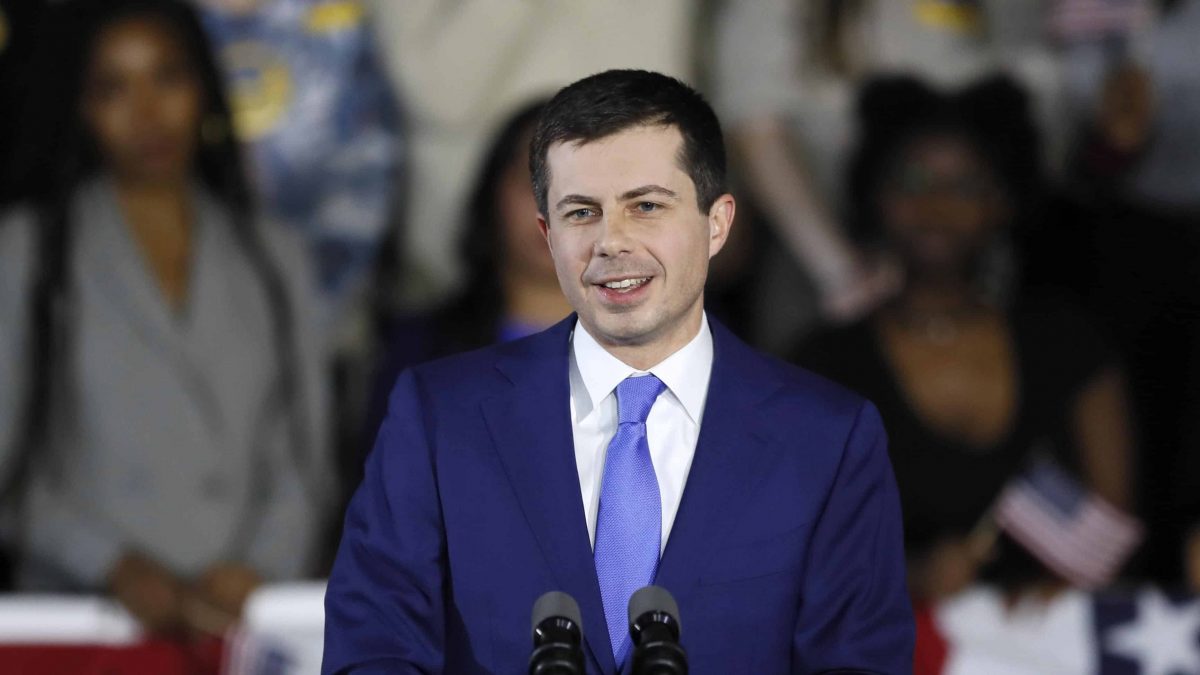 With these words Rush Limbaugh has set the tone for an ugly and hateful campaign should former Mayor Pete Buttigieg become the Democratic presidential candidate. Limbaugh has spent his career amplifying small-minded bigotry to conservative audiences. He has the power to set the tone in any discussion on the right and it seems he’s already decided how Republicans should handle a Buttigieg candidacy.

Putting aside policy considerations for a moment, Buttigieg has a real possibility of being the Democrats’ choice. He essentially tied with Bernie Sanders in Iowa and came a respectable second in New Hampshire. As Joe Biden fades and the more moderate states vote, Buttigieg could soon be propelled to the nomination. That’s when the wave of homophobia will really begin.

Republicans have form on this. A major plank of their opposition to Barack Obama in 2008 was barely disguised racism. The ‘Birther’ conspiracy was nothing less than a racist attack on the first African American to run for a major party. Donald Trump was at the forefront of claims that Obama hadn’t been born in the U.S. and was pulling off a huge fraud on the American people. This is something many registered Republicans still believe.

But racist attacks on Obama came in many forms. He was a secret Muslim, a Communist sleeper agent, a New Black Panther, a disciple of right-wing bogeyman Saul Alinsky. He hated white people, he had ‘Kenyan’ sensibilities, his college scores were fake, and his wife had been born a man. The Republican political establishment, conservative media, right-wing civil society groups and grassroots Republicans all participated in these ludicrous lies.

The party of homophobia

Now imagine an openly gay man and his husband running for the White House. The GOP is already the party of homophobia. Vice President Mike Pence is a notorious bigot and his party across the country has introduced legislation to curtail LGBT rights. Strangely, Trump doesn’t seem to care about homosexuality, even mocking Pence for wanting to ‘hang’ gay people. In 2016, Trump bragged about his support in the LGBT community. Don’t expect this equanimity to last, however.

The American caudillo has convinced his supporters that he’s ‘Mr. Man,’ in Limbaugh’s words. The elderly, obese, poorly tanned Trump is no-one’s idea of a male Adonis, but masculinity on the American right is now inextricably linked with chauvinism, bullying and ‘owning the Libs’. Trump has those qualities in spades. This performative ‘Alpha Male’ behaviour is designed to exclude homosexuals, even those who volunteered to fight and die for their country.

The 2004 presidential election is instructive here. George W. Bush was a draft dodger who started two wars in his first term. His opponent was John Kerry, a Vietnam War hero. In theory, no-one was better placed to criticise Bush’s conduct of the war. The solution was to run a smear campaign. As ‘Swiftboating’ entered the political vocabulary, Republicans learned they could effectively discredit the type of heroism they’d always praised and portray Bush – a man whose wealth and connections had kept him out of harm’s way – as more trustworthy in wartime than a decorated soldier.

What form could homophobic, emasculating attacks take? We can expect conservatives to wonder aloud if a gay man can command the respect of the military (despite having been in it). We can expect wild and distasteful speculation about ‘First Lady’ Chasten Buttigieg and all the nasty ‘jokes’ and memes you can imagine.

Expect warnings of sex scandals and ‘danger’ to male interns – a hideous mirror of the Bill Clinton mockery still prevalent on the American right. And above all, we can expect to hear the words ‘homosexual agenda’ and a renewed epidemic of trans panic, bathroom hysteria and threats to the ‘traditional family’. The less said about how the religious right will react, the better. If Obama was painted as the Antichrist, what of a gay president?

Re-normalisation of an ugly prejudice

We’ve known since the beginning that any candidate Democrats choose will be called a socialist. This has been true at least since Obama and the emerging narratives around the distinctly un-socialist Buttigieg prove it. We know also that today’s tactic is to paint every Democrat as corrupt – as the recent Ukraine/Biden debacle proves. Can anyone doubt that homophobia and male chauvinism will be weaponised against a Buttigieg candidacy?

As politics on both sides of the Atlantic has grown uglier and some sections of society feel they’ve been given licence to air their prejudices, politicians like Pete Buttigieg will face unprecedented hostility and open slurs. Whether this is the last gasp of 20th century hatred or a re-normalisation of an ugly prejudice is anyone’s guess.