This weekend I sat aghast as Turkey voted to take a step back from democracy and grant President Recep Tayyip Erdoğan sweeping new powers that give him wide control over the judiciary, broad powers to make law by decree, abolish the office of the Prime Minister and, effectively, make him a dictator. Today, as Theresa May […] 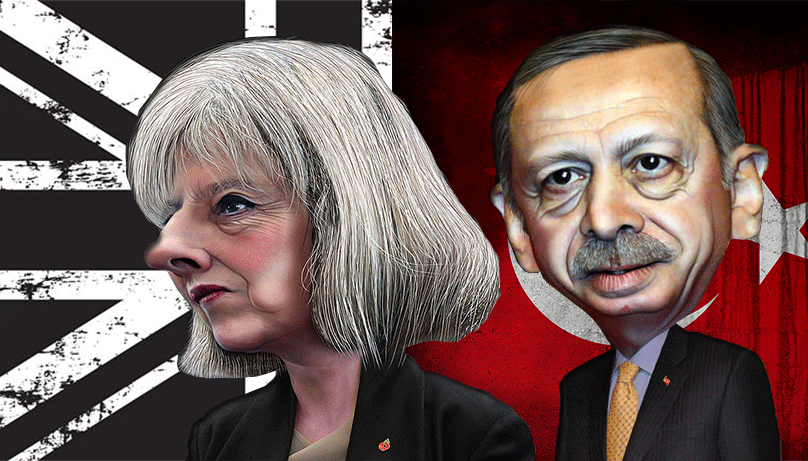 This weekend I sat aghast as Turkey voted to take a step back from democracy and grant President Recep Tayyip Erdoğan sweeping new powers that give him wide control over the judiciary, broad powers to make law by decree, abolish the office of the Prime Minister and, effectively, make him a dictator. Today, as Theresa May announces a typically opportunist snap election which will move Britain to the right, impose a hard Brexit on the country and force more cuts I’m struggling to see the difference at home.

It may seem a little “out there” to compare Britain’s PM with a man who has political ideals rooted in historic and conservative Islam, but May has her fair share of previous when it comes to imposing draconian laws. As Gina Miller noted in the New Statesman this month the Conservative MP has already exploited Henry VIII clauses to take decisions away from MPs, laws that haven’t been used since the early 16th century. It seems “divorce” was to Henry VIII what “Brexit” is to Theresa May, and the PM “is channelling a monarch who was willing to do anything to get himself out of the tight spot he had put himself into”.

Erdogan “I’m consolidating my power base”

Theresa May “Hold my beer”#GeneralElection

The Statute of Proclamations allowed the King to change legislation by order, rather than through parliament, which is a method of lawmaking convenient for those in power but wholly at odds with democracy, accountability and the general view of the nation. May’s Great Repeal Bill has obvious parallels and has already been described as the biggest political power grab of modern times, and if history hadn’t intervened it may well have been. It will grant her ministers the ability to rewrite reams of British law without full scrutiny, which could lead to chaos. Who decides which bits we want to amend and which we want to keep? Surely a single administration can’t wield such power over the future of Britain?

Well, as this morning’s announcement would suggest, this is precisely what is going to happen. May wants control, she wants power, and she wants to allow herself enough time in which to impose changes which will impact the political landscape in Britain for the foreseeable future. Make no mistake, the snap election due to be held in June is nothing other than a power grab on behalf of the Conservative government, in the same way that a referendum on our European Union membership was a political ploy to ensure they won a parliamentary majority in the first place.

Erdogan eat your heart out.