There are three certainties in life; death, taxes, and the unwavering guarantee that society’s top brass will always hold more sway in parliament than the everyday man. Yesterday across the country hundreds if not thousands of people embarked on the annual Boxing Day hunt emblazoned in scarlet coats and beige breeches, in spite of its […] 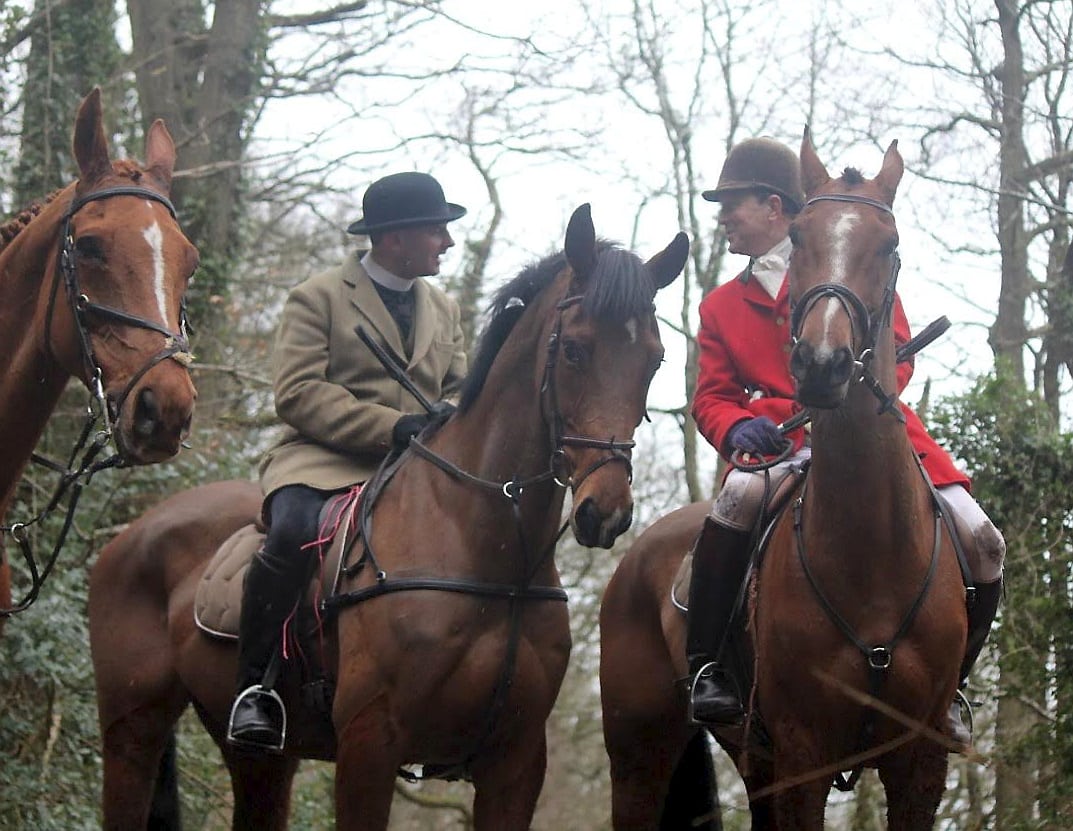 Rev Neil Patterson in a beige hunting jacket (left) with Major Patrick Darling, former High Sheriff of Herefordshire on February 20, 2016 when the Three Counties Hunt Saboteurs claim he was at a meet of South Herefordshire Hunt in Brockhampton. See SWNS story SWHUNT; A campaign has been launched calling for a vicar to be sacked after footage emerged which appears to show him at a hunt meet - at his parish CHURCH. The Rev Neil Patterson, 36, has been accused of lacking Christian values after photos surfaced of him on a horse with the notorious South Herefordshire Hunt. The Hunt is being investigated for animal cruelty over footage was released in June which appears to show live fox cubs being thrown to a pack of hounds to savage. Five people have been arrested so far this summer as part of the inquiry.

There are three certainties in life; death, taxes, and the unwavering guarantee that society’s top brass will always hold more sway in parliament than the everyday man.

Yesterday across the country hundreds if not thousands of people embarked on the annual Boxing Day hunt emblazoned in scarlet coats and beige breeches, in spite of its illegality and despite the fact that public support has never been so low.

A new poll has found that historic levels of Britons oppose fox hunting, with an Ipsos MORI study finding 84 per cent of Brits believe fox hunting should continue to be illegal after it was banned under the Hunting Act 2004.

But no matter how much we oppose it, or how long we bang on about it the stark reality is that they’re going to do it anyway, because when you have half of your cronies governing this country you can indeed be “above the law”.

So I say let them do it. Let’s not waste our money polling public opinion because the result will be inconsequential, Theresa May is already (reportedly) keen to keep the Conservative pledge to give MPs a free vote in the commons on whether the Hunting Act should be repealed – AKA, it’s not really up to us at all.

And say the law isn’t repealed and we have another posh tart get her tits out in protest, guess what, it will be all in vein anyway, because come December 26th the troops will be out again “spreading the scent” or finding another creative way to dodge the law. As we reported here, the vile act will continue unblemished. Eduardo Gonçalves, chief executive of the League Against Cruel Sports, said after the Ipsos poll was published that only “dictators would dream of pushing through a policy against that level of public opposition so we hope our government will respect the will of the people.” Well, perhaps that’s what we’re up against, and there ain’t much we can do about it.

As Steve Maraboli once said, “Incredible change happens in your life when you decide to take control of what you do have power over instead of craving control over what you don’t.” Perhaps, but I prefer Noam Chomsky’s studies into how we live in a system that perpetuates a belief of helplessness leaving us with a sense that the “only role we have is to ratify decisions and to consume”.

Come Boxing Day 2017 you can bet your bottom dollar that the c*nts will hunt. And we’ve been taught just to live with it.