It’s never been easy for an independent Ireland to trust the UK. Brexit is making it impossible. 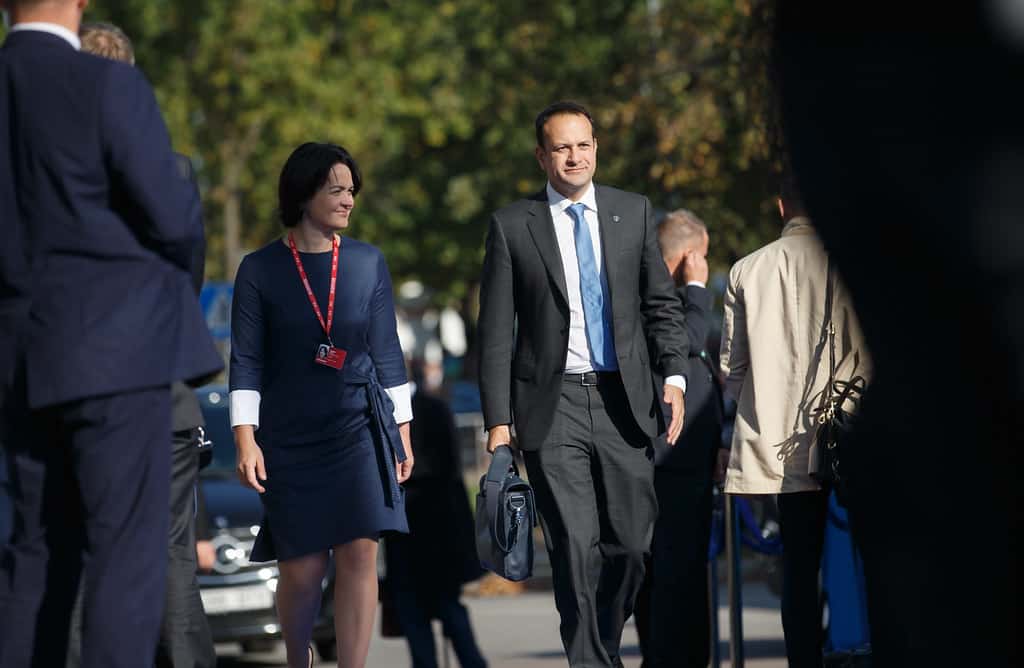 Ireland is alive with rumours. People talk about Brexit every day, over lunchtime coffee in Starbucks, or sampling the latest locally-produced craft beer in a trendy pub (where you won’t hear any fiddles or see many American tourists), or in the gleaming tech company offices in Dublin’s revitalised docklands. The Irish are, infamously, talkers. And the talk isn’t good.

In every conceivable way, Ireland has been on a path away from its difficult history. The economy is more or less stable, despite the difficulties of emerging from a deep recession and persistent housing and homelessness crises. What problems there are cannot compare to the poverty and mass emigration of the old Republic.

Socially, the country has unshackled itself from the Catholic Church. Since 1994, divorce, gay marriage and abortion have all been legalised by popular vote. The bishops still issue statements telling Catholics what to think, but nobody’s listening.

Most importantly of all, peace has prevailed on the island. Generations have grown up without daily news reports about bombings, paramilitaries and internment. The old anxieties and neuroses are fading. The shadow of British rule has receded and the obsessions of previous generations are the butts of jokes. It’s acceptable to like the British, to value the Anglo-Irish relationship, even to point out that British administration in Ireland wasn’t a permanent horror show. Then came Brexit.

There’s little point repeating that most Irish citizens thought the British had lost their minds in 2016. Since then, the delusion displayed by the UK’s political elite and some sections of the British press has caused outrage, amusement and sometimes gales of laughter. Whenever a Daily Mail columnist or Conservative backbencher says something ignorant, bigoted or insulting about Ireland, you’ll see the same phrase on Irish social media: the Brits are at it again.

Right now, ‘the Brits’ are the ultra-Leavers in Boris Johnson’s cabinet and his media cheerleaders. The Irish have noticed a new narrative in the British press of late: Attack Taoiseach Leo Varadkar, threaten or cajole the Irish, blame them if it all goes tits up.

Johnson’s crack about Varadkar not being called Murphy was not seen as a charming jibe at Ireland’s most common surname. The Taoiseach’s supporters united in disgust with those who can’t stand him because, after all, the Brits were at it again.

Brits are at it again

It’s never been easy for an independent Ireland to trust the UK. The founding generation hated the British for partitioning the island at the behest of a Unionist minority in the north-east. Succeeding generations feared a UK invasion during the Second World War (with good reason), blamed the UK for Ireland’s inability to join the EEC in the 1960s and were enraged by the British government’s actions in Northern Ireland for 30 years.

The distrust had eased, the wounds were healing and only a small minority still felt personally aggrieved at the UK. Northern Ireland’s situation is very different, but the UK’s nearest independent neighbour was moving on, starting to consider the UK a friend, beginning to value the countries’ ties rather than try to shatter them. And then came Brexit.

Brexiteers have said hideous things about Ireland: bully or bribe them, destroy their economy, teach them a lesson, starve them, invade them, make them rejoin the UK, make them join a customs union with us, make them leave the EU.

Is this just bluster to be dismissed as errant nonsense? Once upon time it would have been. But Brexit has made the inconceivable into policy. The British did terrible things in Ireland. Now they threaten to do so again. The Irish can’t afford to ignore that.

Which brings us back to those rumours in the cafés and pubs. Is the government planning to deploy the army? Possibly. Will French troops be brought into the country? Probably not. Have potential terrorist groups been properly infiltrated by the authorities? Hopefully. Will the government demand a referendum on a united Ireland? That question is the most common of all. One question nobody is asking: Can the British be trusted? We already know the answer. The Brits are at it again.