From the newsletter: In an era of toxic nationalism, the show is a useful reminder of what makes Britain great. 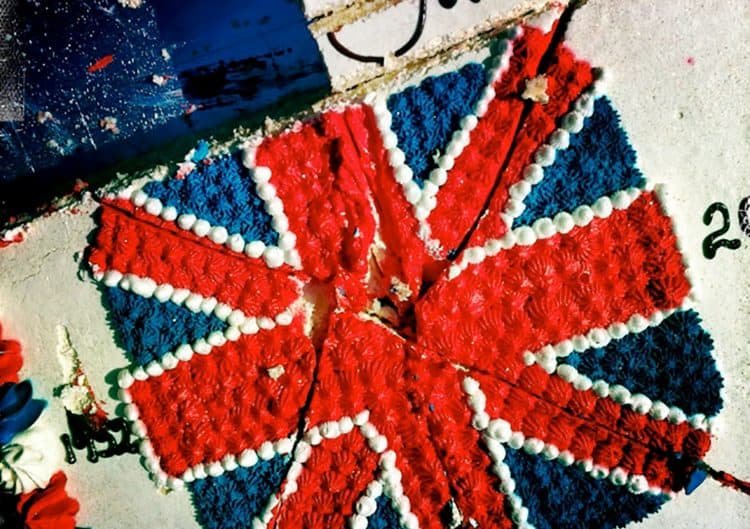 Good morning. Tonight, Chigs Parmar, Giuseppe Dell’Anno and Crystelle Pereira will battle it out to win this year’s Great British Bake Off. The contestants, who have successfully navigated nine weeks of slicing, dicing, icing and piping, are one signature, one technical and one showstopper challenge away from winning the grand prize and the chance to follow in the footsteps of Bake Off greats such as Nadiya Hussain, John Whaite and Edd Kimber. It could lead to TV shows, publishing deals or, at worst, the resident baker slot on The Alan Titchmarsh Show. It could also lead to a simple nod and a smile, as Rahul Mandal showed in 2018, after he won the contest only to cheerfully return to his normal working life as a researcher in Rotherham.

As ever, diversity was at the heart of the show. At the start of the series, seven of the twelve contestants referenced diverse cultures and heritage in their brief biographies. Their ages ranged between 19 and 70 and their ethnicities, professions and talents were myriad. We watched as an Italian won ‘German week’ and as a hearty vegan technical and towering gluten-free celebration cakes were put up for ‘Free From week’, with young Freya cooking with vegan products throughout. Jürgen Krauss won the hearts of fans across the country with his soft and slightly squeaky accent. “I’m kind of OK”, he said after he was sent home last week, which I’m not ashamed to say brought a wee tear to my eye.

But the contestants competing this year were not just different. They were proud to be different. They celebrated it. They let it spill out onto their cakes. One of the more moving scenes was when Liverpool-born Lizzie Acker opened up about her ADHD, creating a multi-coloured gluten-free coconut sponge cake to celebrate special educational needs. In her words, life is “all about being different”, adding that the cake, which was decorated with muddled words, was the best she had ever made. It was, as Michael Chakraverty wrote in the Metro, “a simple act that normalised inclusion”, and she rightly walked out of the tent with her head held high.

So what about that, you might ask, is there to get upset over? What about any of this seems distressing? Yet when this season’s cast was announced, it was described as ‘PC gone mad’ by people on social media, as ‘pandering to the woke brigade’ and ‘not remotely British’. And they aren’t marginalised voices. Earlier this year ministers threatened to sell Channel 4 owing to its struggling finances and allegedly ‘woke’ agenda, threats repeated as recently as October. The channel’s chief executive, Alex Mahon, warned that privatising the broadcaster could have a “negative impact on the types of content” it produced, with shows such as It’s A Sin and the Paralympics unlikely to be aired by commercially minded streaming giants.

She wasn’t the only person concerned about the sale. Nadine Dorries was greeted to her new role as culture secretary by around 60,000 submissions sent to the government in opposition to the move. The creator of comedy series The Thick of It, Armando Iannucci, said it could “muffle” the UK’s creative skills when we should be promoting them across the world, while Bake Off host Matt Lucas reminded viewers that all profits go straight back into making brilliant TV in Britain.

But that is unlikely to unnerve this government, one which is capable of re-writing centuries-old Commons rules to save their pals and brazenly shred manifesto pledges as if they’re not worth the paper they are written on. In a world where slogans win voters, it might just be their obsession with ‘anti-woke’ that puts the stoppers on all the wonderful things this channel has achieved. In the immortal words of Malcolm Tucker, “some people, they just fucking love to hate”.