A counter-campaign is bubbling. If we want serious action on climate change it is vital that the left isn't the only driver. 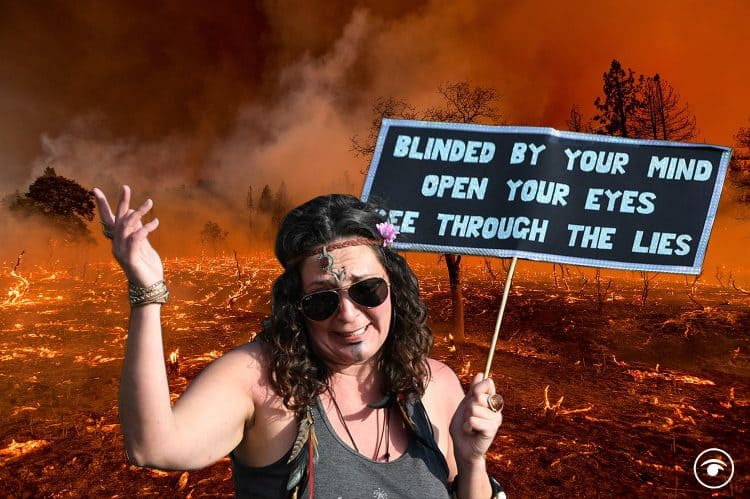 The lead up to this year’s COP26 conference in Glasgow has been peppered by the same doom-laden predictions and dire warnings that are now customary ahead of such events. Alok Sharma cautioned that “human behaviour is alarmingly accelerating global warming,” while the UN Intergovernmental Panel on Climate Change (IPCC) issued a ‘code red’ for humanity, saying “the alarm bells are deafening and the evidence is irrefutable: greenhouse gas emissions from fossil fuel burning and deforestation are choking our planet and putting billions of people at immediate risk.”

Evidence to substantiate their claims has never been so visible. Footage from a rescue ferry scrambled to the Greek island of Evia made the rounds on social media this weekend, with people comparing the apocalyptic scenes to something from a science fiction movie. Heavy rain and flash flooding in the UK left parts of the London Underground under water, while similar downpours in Europe led to in excess of 150 deaths and devastating collateral damage. On one Tuesday in July, enough ice was melted in Greenland to cover the whole US state of Florida in two inches of water, with more melting likely to come as a consequence.

Yet to many, as Al Gore once famously put it, climate change is becoming nothing more than an inconvenient truth. GB News presenter Dan Wootton responded to the UN findings by calling them “hysterical” in a blog posted and shared by many on social media. He accused the agency of using “purposely provocative language designed to cause fear”, which is a little perplexing given that the planet is literally on fire. Elsewhere The Telegraph questioned why the world ‘isn’t ready for wildfires’ and batted away warnings with headlines suggesting ‘the apocalypse is always at hand’. The New Statesman even went as far as extolling the virtues of extinction, which, in their words, might not be so bad.

Most disconcertingly, there is growing evidence to suggest that the Covid denial movement has already begun to bleed into the climate change denial movement. The same right-wing dark money is seeping into both, with the conspiracy machines already being booted up to feed the minds of those open to a one-way ticket down the rabbit hole. Yet this time, you might think, there are more people with skin in the game. Reversing the adverse effects of climate change will rest heavily with big business, but links between climate change denial and the fossil fuel industry have already been established. How long before anti-vaxx marches on Westminster become pro-climate change dressed up in some sort of liberation movement? Only time will tell.

And while that might sound deeply frustrating, it should actually be reassuring, because just like them, we’ve done this before. We should know that despite being driven by the left, if combating climate change is seen as something only the left cares about or can fix it will risk alienating people. If we call them idiots or don’t engage with them, that too will only end in disaster. As Dominic Cummings (yes, Dominic Cummings) posted on Twitter this week, “if you want serious action on the environment it is vital the left doesn’t dominate or there will be a massive counter-campaign.” To echo one person’s response, I hate this prick, but on stuff like this he is right.