The prime minister has been reluctant to reveal whether uses private healthcare – does it matter? 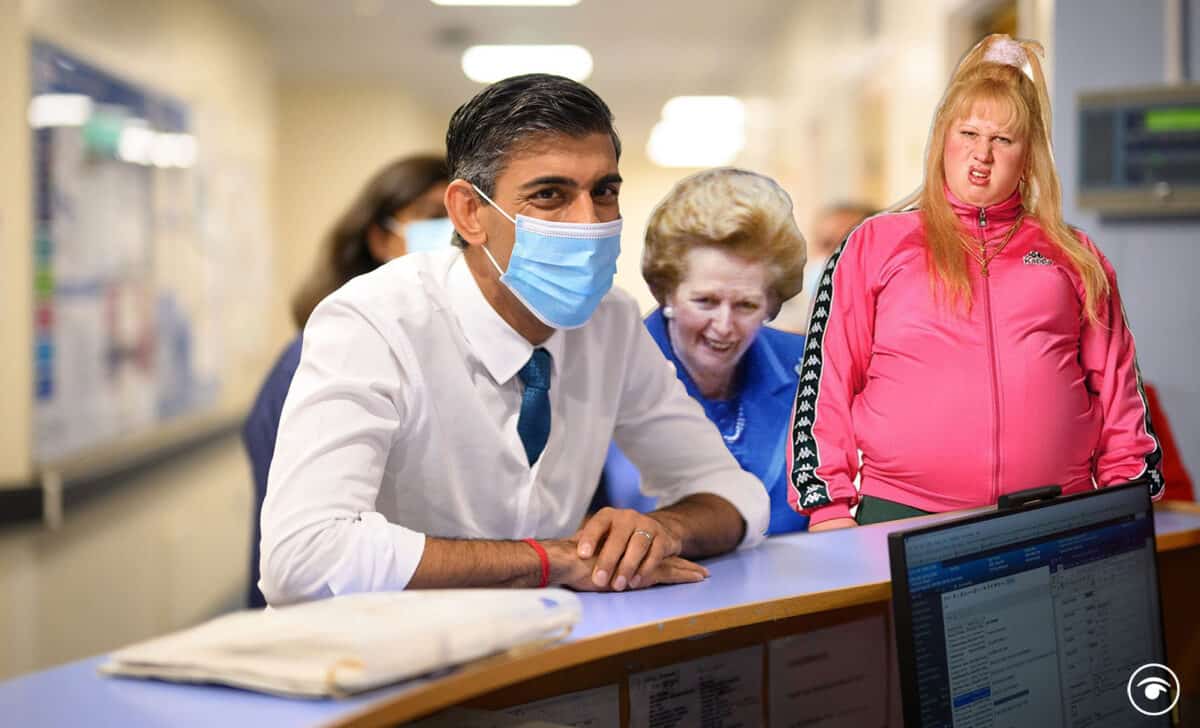 Good morning. Rishi Sunak has steadfastly refused to say whether he uses private healthcare as the NHS faces one of its most challenging winters on record. Pressed by Laura Kuenssberg no fewer than three times on the matter he went from declaring that he “grew up in an NHS family” to saying he would “never talk about” his own or his family’s healthcare situation in a flip-flop ‘yeah but no but’ response that would give Vicky Pollard a run for her money.

As we all know, if Sunak really did use the NHS like most of us in the country, he’d have been more than happy to brag about it. The prime minister has gone to great lengths to project himself as an average Joe in the past, casually (if incorrectly) dropping comments about Southampton FC’s upcoming fixtures and professing his love of the McDonald’s breakfast wrap last year which was, incidentally, discontinued in 2020. When he was young, he infamously chatted to the BBC about how he can talk to kids from inner city state schools and then shock them by telling them he went to Winchester, a school regarded as one of the most elite in Britain. He might not have “working class friends” – his words, not mine – but his message from day one has been ‘don’t let looks deceive you’.

His eagerness to bat off questions that might damage that finely tuned persona is, therefore, understandable. But is it necessary? The public is well aware that he is a man of means. The Sunday Times Rich List values Sunak and his wife’s fortune at £730 million. He’s an ex-hedge fund manager. When the local swimming baths in his constituency were facing closure, he was busy building one in his back garden. If he was minded to, he could probably build himself his own GP practice down there too. So is there really any need to be coy about paying a few quid out on health insurance?

Margaret Thatcher certainly didn’t mind being upfront about it in 1987. Asked during a general election press conference whether she trusted the NHS enough to use it, she said, “I exercise my right as a free citizen to spend my own money in my own way, so that I can go in on the day, at the time, with the doctor I choose and get out fast”. A similar response from Sunak would surely put the debate to bed too, would it not?

Except, the debate over whether the leader of Great Britain uses the NHS has taken on a rather different meaning of late. With patients being treated in the corridors, in the car parks and having to confront the frightening reality of 7 million-long waiting lists for treatment, the question put to Sunak isn’t really ‘do you use the NHS’ but, ‘do you understand what we’re all going through?’ It’s the same as the uproar around partygate, which was less about a bit of cake and a few beers and more despair among the public that the country’s political class has become increasingly out of touch.

As Paul Nowak of the TUC stylishly puts it: “Life is different if you don’t depend on our NHS or state schools. If you don’t need to travel by train or bus to get to work. If you swish through airports in private lounges. If you’ve never worried about losing your job, or paying the rent. Their Britain isn’t broken. Ours is.”

Watch: Transgender cyclist was threatened with kneecapping after Johnson’s comments